StopFake has already written about the New York car insurance salesman who became a political analyst in pro-Kremlin media. His opinions have been featured in all major Russian media.

After he was shown to be a humble car insurance salesman, Draitser disappeared from Russian television and computer screens, but has since resurfaced, giving interviews to Iran’s Press TV which in turn are widely requoted by Russian media. 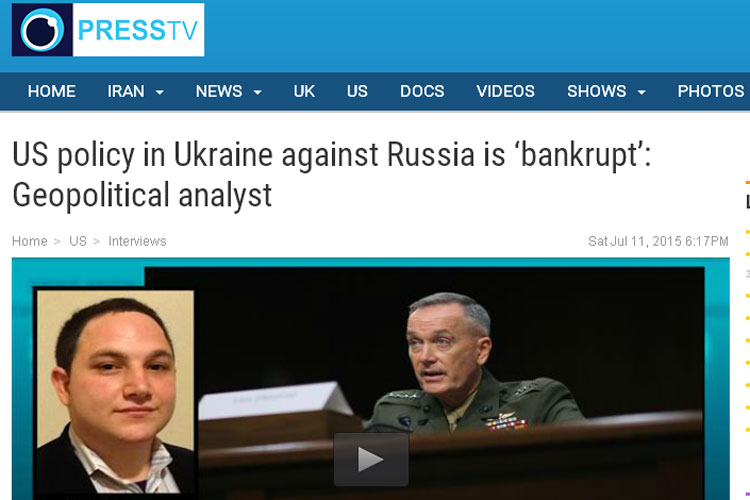 RIA Novosti featured a story on July 12 quoting Draitser’s performance of Press TV where he opined that America is politically bankrupt in its relations with Russia.

“Geopolitics expert Eric Draitser believes the United States has failed to achieve any of its political goals. Washington has conducted a failed policy in Ukraine.” RIA declares. 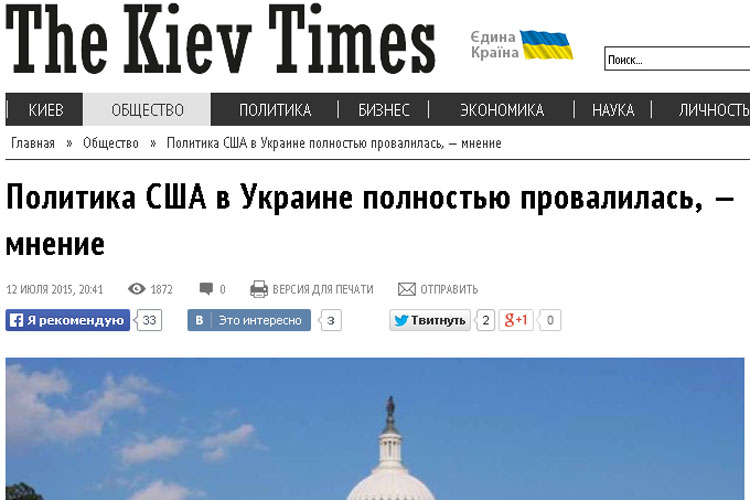 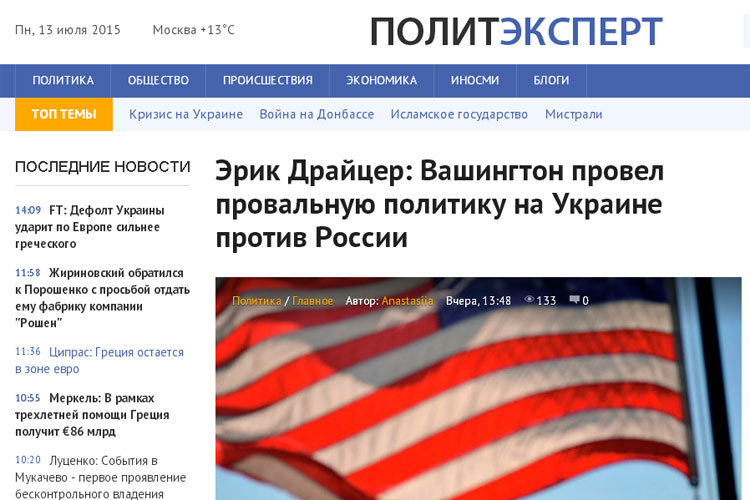 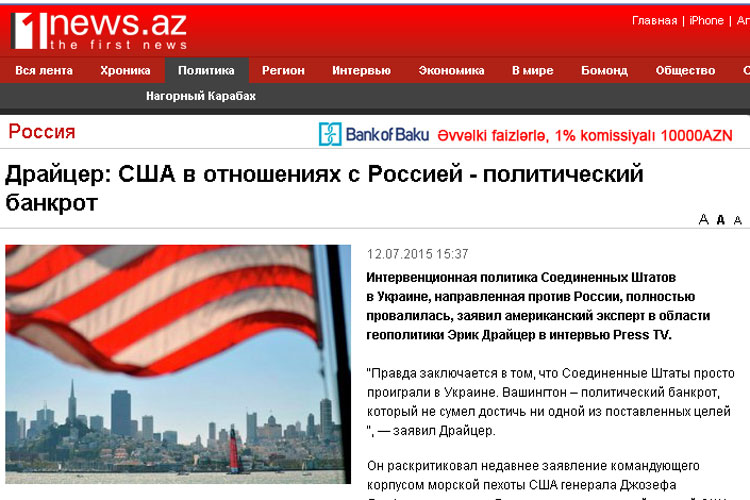 The Kiev Times, 1News.AZ, Politekspert and other Russian media disseminated this manipulated story.

More on this story in StopFakeNews#69.