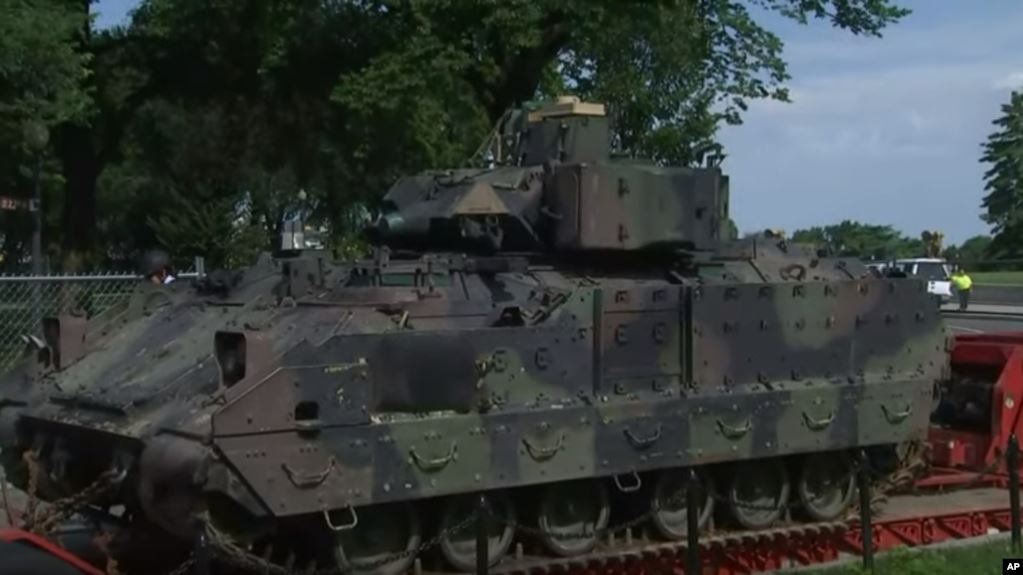 “Rusty tanks and the U.S. flag on Mars: how the parade in Washington went.”

False
The four tanks brought to Washington, DC had been used in battle but were well maintained

Gazprom-Media-owned television channel NTV featured a report on July 5 that its website headlined “Rusty tanks and the U.S. flag on Mars: how the parade in Washington went.”

The English-language Russian state media outlet Sputnik, citing the Pentagon, reported that “rusty, battered armored vehicles” were deployed to Washington, DC at the request of the White House.

The Pentagon spokesperson quoted by Sputnik did not use the words “rusty” or “battered.” Rather, Sputnik said the spokesperson stated that the White House had asked specifically for used vehicles instead of new ones and that the vehicles were “cleaned before being brought to the National Mall.”

Reached by Polygraph.info for comment, a Pentagon spokesperson said it is not responding to the Russian media claims.

The Associated Press reported that two M1A1 Abrams tanks and two Bradley Fighting Vehicles were brought to Washington, DC for display during the Independence Day celebration. The Abrams tanks were shipped from Fort Stewart, Georgia.

Some in both traditional and social media criticized the display of military vehicles during the Independence Day celebration in Washington, DC.

However, it was only Russian news reports that described the tanks as “rusty.”