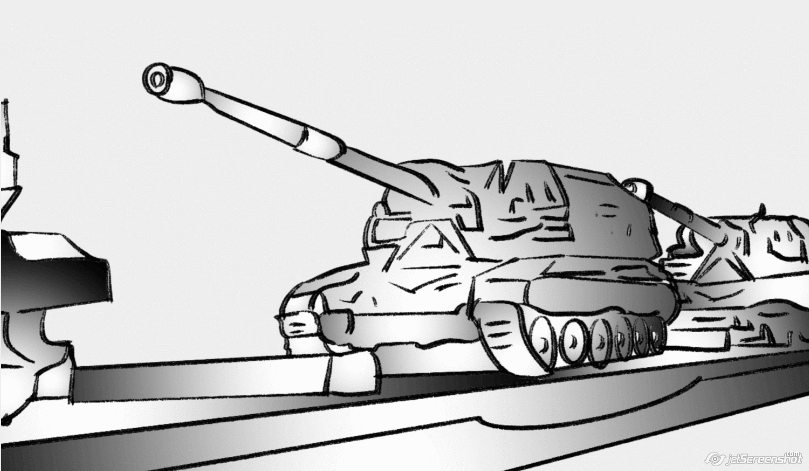 It was all those railway wagons that got the speculation rolling over Russian intentions with its military exercises this week along its western borders.

Thousands of flat-bed wagons have been used over the past few months to transport an army of Russian troops, tanks and other heavy equipment to Belarus, the focal point of the drills, which are slated to last until 20 September.

It didn’t take long for Western commentators to make the inevitable comparison with the First World War and the mass train movements that set it in motion.

With NATO officials quoted as saying up to 100,000 troops will be involved in the “Zapad” (which means “West”) exercise, it has prompted warnings on social media that Russia “is mobilizing for war on a July 1914 scale.” And this all comes against the background of Russia’s annexation of Crimea three years ago, and its continuing military presence in Ukraine.

Ukraine — which neighbors Belarus – is especially worried by Zapad. President Petro Poroshenko has called it “a smokescreen” aimed at pre-positioning reinforcements ready for a new “invasion of Ukrainian territory.” And Russia has past form here. It used drills to get ready for real war in Ukraine itself in 2014, and Georgia in 2008.

The US military commander in Europe, Lt General Ben Hodges, echoed such concerns in an interview this summer, admitting that: “people are worried this is a Trojan horse.”

All of it “nonsense”, according to Russia’s Foreign Minister Sergey Lavrov, who slammed claims that it was planning to leave troops behind in Belarus. And Russian officials say no more than 13,000 troops will be involved in the drills – to which NATO observers have been invited in accordance with international treaties.

At least according to Russian statements, the exercise’s primary aim is internal. Its forces are linking up with Belarusian troops for a war game where they pacify a separatist movement in western Belarus, near the border with NATO-member Poland.

But Russia’s defense ministry is also running concurrent exercises in other regions, including Kaliningrad on the Baltic Sea. Western analysts say the figure of 100,000 personnel taking part in Zapad comes from aggregating all these drills.

And NATO’s Secretary General Jens Stoltenberg has complained that Russia is not giving as much access to the exercise for its monitors as it has claimed.

The Russian defense ministry must have expected some reaction in Western capitals when it announced a tender for 4,162 railcars to transport troops and equipment for Zapad 2017. As it said only around 3,000 personnel would be involved in the exercise, it looked like a clear sign it was hiding something.

But military analysts on both sides say the figures were misunderstood, and that the number of troops Russia claims to have sent west do stack up.

“This has been overhyped by the Western media,” says Vladimir Frolov, an independent Russian foreign policy analyst in Moscow. But Belarus has also played a role, he believes, with its intelligence services using “active measures” to exaggerate the size of the Russian deployment for their own internal and external political reasons.

If Russia was planning a major offensive move, one might expect to see elements of its powerful Northern Fleet joining in the exercise. While some of these large ships, such as the Russian flagship Petr Veliky, entered the Baltic Sea in July for Russia’s annual Navy Day celebration, they have since left for deeper waters.

Some Western statements are “akin to crying wolf,” agrees Michael Kofman, an expert on the Russian military at the Center for Naval Analysis, a US think tank. But he says there is also “cause for prudent vigilance.”

The US military has been responding to Russian maneuvers, reinforcing NATO units in Eastern Europe, as well as taking charge of operations there. And few believe NATO’s claim that a naval exercise already underway in the Baltic Sea – and which is due to last until late September – is unconnected with Zapad.

There is an information war going on for public opinion in NATO-member states too, with Western governments keen to bolster their case for increasing military spending to counter a resurgent Russian military.

So who to believe? Maybe neither side. After four years of Cold War-style standoff between Russia and the West, sparked by Moscow’s invasion of Ukraine, the trust gap between the two sides is immense.