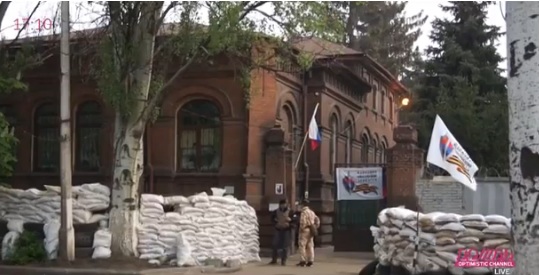 Russian military expert Pavel Felgengauer is certain that disorders on the East of Ukraine are guided by soldiers of Russian special forces. He reasoned this by the fact of shooting down Ukrainian helicopters by MANPAD (Man-Portable Air Defense), its type and method of using. He also drew parallels with the events in Georgia.

Please find below the news item by Russian channel “Dozhd” concerning this.

Here is the brief summary of Felgengauer’s opinion:

The expert noted similarities between incidents in Eastern Ukraine and actions of Russian soldiers during the war in Abkhazia in 1992.

The effective use of MANPAD leaves no doubt that the main body of Sloviansk militants is formed by the Russian special forces, armed with weapons just from Russian military units.

Firstly, this weapon must be aimed at the target very quickly, and therefore needs an experienced operator. Secondly, its battery runs down quickly if not in use, so MANPADs could not have been taken from some storage. Thirdly, such weapons have identification system friend-or-foe, so even if we assume that these were stolen Ukrainian MANPADs, militants would not be able to shoot down Ukrainian helicopters because of interlock system.

Felgengauer also mentioned Odesa as extremely important target. He expressed an opinion that the special forces would try to leak out from Sloviansk and conduct guerilla operations elsewhere.