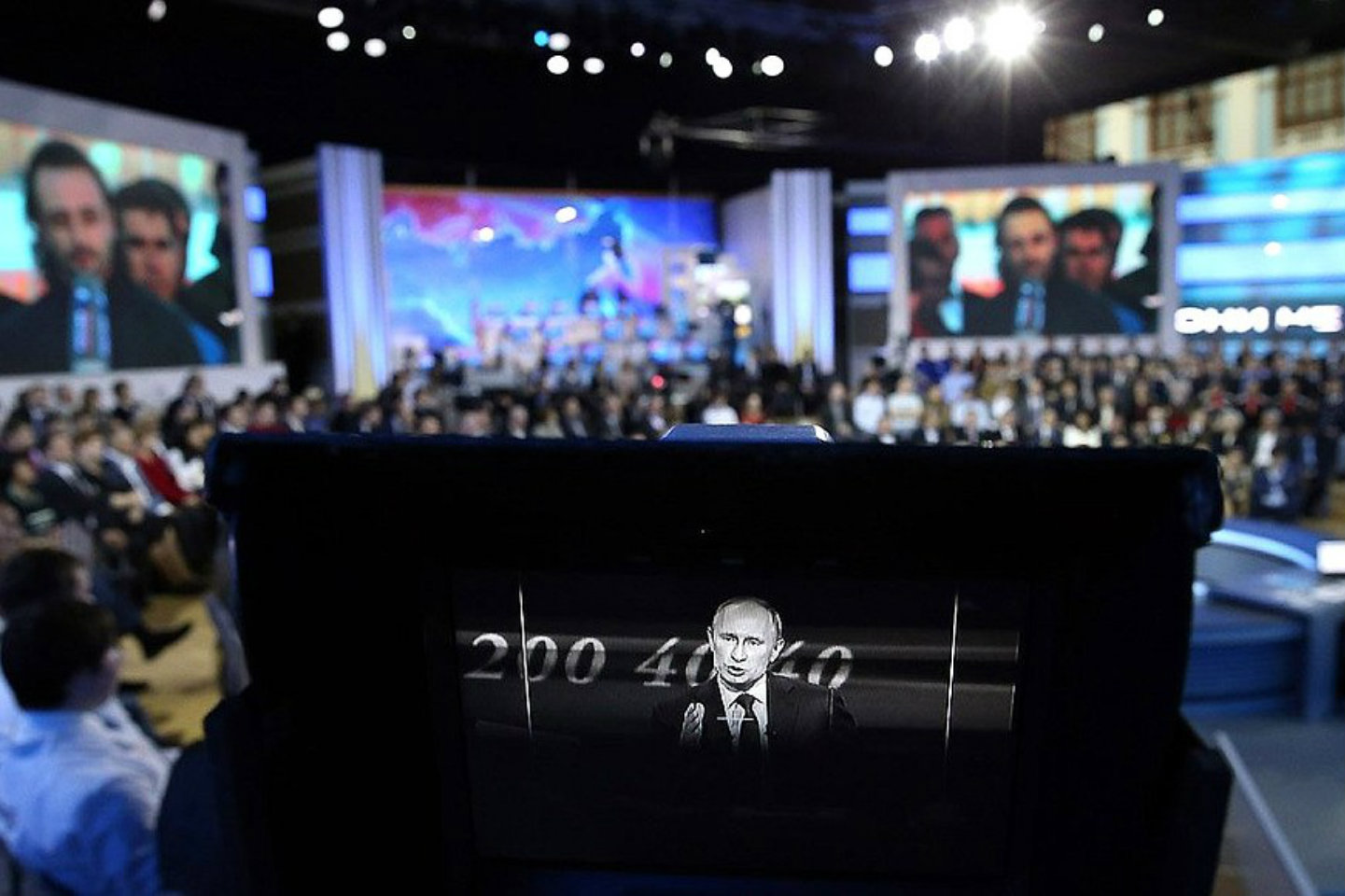 This is a regular weekly report by Detector Media, a partner of the Ukrainian Election Task Force, offering exclusive content covering the three main Russian state TV talk shows, particularly these shows’ coverage of Ukraine and the 2019 presidential election. Kremlin-backed media outlets often generate disinformation narratives that are then spread throughout Ukraine as well as Western Europe and the United States. We have identified these TV shows as the main amplifiers of the key disinformation narratives that the Kremlin’s propaganda machine seeks to circulate in the public domain. The messages spread in these shows are further multiplied by the wide network of hundreds and thousands of print, TV, radio and online outlets, as well as via the social media, which target consumers of the Russian-language information ecosystem, including Ukrainians. Indeed, the audience is not limited to within Russia’s borders but also extends to Ukraine itself.

Programs included in the monitoring: Time Will Show (Channel One), Evening with Vladimir Solovyov (Russia 1), News of the Week with Dmitry Kiselev(Russia 1).

Number of programs partially devoted to Ukraine (share in the total number): 18/21

The hosts of the Russian talk shows interpreted the first-round results of the Ukrainian presidential election in a way that was favorable to Russia. For example, on Time Will Show, the moderator stated that Petro Poroshenko’s “bad” result as a pro-Maidan president signals a “distrust of the Maidan” among Ukrainian voters. The host of Evening with Vladimir Solovyov (1) explained the incumbent head of state’s electoral showing as follows: “The rhetoric of Tomos, the rhetoric of hatred of the Russian language, the rhetoric of rampant war, the rhetoric of the Banderites—all of this led to the drop in confidence in Poroshenko by almost 3.5 times.”

Both of these statements are manipulative. Firstly, Petro Poroshenko did not rely on rhetoric of “hatred of the Russian language,” “rampant war,” or “the Banderites” in his campaign. Secondly, sociological data suggests that Poroshenko’s election results should not be taken as indicative of Ukrainian popular opinion on these issues. About 16 percent of Ukrainian citizens voted for the incumbent president in the first round. However, in late 2018, 54 percent of Ukrainians supported the independence of the Orthodox Church of Ukraine; 63 percent considered Russia to be the aggressor in eastern Ukraine; and in early 2019, 64 percent thought that the Ukrainian language should be the country’s only official language. Moreover, the majority of the presidential candidates, not just Petro Poroshenko, promoted the ideas of the Revolution of Dignity, as well as Ukrainization of the country and the protection of sovereign borders.

Commentators also used (13) the election results to substantiate their claims that Ukraine is heavily divided: “In fact, it is impossible to unite Ukraine. It was divided and will always be divided into the left-bank and right-bank.  always was and always will be left-bank and right-bank Ukraine…this is emphasized by all the elections that were held in Ukraine in recent years.” In reality, one candidate, Volodomyr Zelenskiy, won a majority in nineteen out of Ukraine’s twenty-four regions.

In addition, commentators on 55 percent of the talk shows claimed that the first-round results were falsified. This, however, contradicts the Organization for Security and Cooperation in Europe’s (OSCE) recognition of the election as “free and competitive.” Guests on 44 percent of the programs predicted an outbreak of armed provocations or even murders (on 28 percent of the programs) in Ukraine before the second round of the election. Commentators on these Kremlin-backed TV shows made similar predictions, which never materialized, before the first round of the vote.

The Russian TV shows’ commentators this week hosted Ukrainian guests particularly often. For example, on Time Will Show (10) the pro-Russian presidential candidate Yuriy Boyko said that “today’s Ukrainian regime” constantly uses militant rhetoric to provoke Russia. In fact, the Ukrainian authorities have repeatedly declared their commitment to a diplomatic solution to the conflict in eastern Ukraine. A guest on Evening with Vladimir Solovyov (6) claimed that in Ukraine, “about 4,000 people are sitting in prisons for [separatist] statements on social networks.” The credibility of this data is highly questionable: as of June 2017, Ukrainian courts had sentenced only thirty-six people for calls for separatism on social networks. On Time Will Show, a Ukrainian journalist claimed that corruption in Ukraine is more prevalent now than it was during Viktor Yanukovych’s tenure. According to Transparency International, however, corruption under Yanukovych in 2013 was far grimmer than it is now.

In another episode of Time Will Show, Ukrainian politician Viktor Medvedchuk called Russian aggression in Ukraine “fake.” In reality, the Parliamentary Assembly of the Council of Europe formally recognizes such aggression. Pseudo-Ukrainian “experts” also claimed that Ukraine “does not need” the regions of the country occupied by Russia. Such “expert” statements are calculated to demotivate Ukrainians in Crimea and The Donbas from pushing for reintegration with Ukraine and, furthermore, have nothing to do with reality. Given the 1.5 million people displaced by the Kremlin-driven conflict in eastern Ukraine, such rhetoric only further alienates disenfranchised Ukrainians and justifies Russia’s continued occupation of Crimea and The Donbas. Russia’s territorial aggression in Ukraine, lauded and justified by the shows’ participants, hurts and disenfranchises Ukrainians who would have otherwise exercised their democratic right and participated in the 2019 presidential election.

Against the background of the first round of the election, guests on the Russian talk shows also called for further annexation of Ukrainian territories. A commentator on Time Will Show (26) stated that some Ukrainians in fact voted for Russia: “We have to be ready to save the people who voted for us…the southeast of Ukraine and The Donbas, if someone decides to kill them after April 21.”