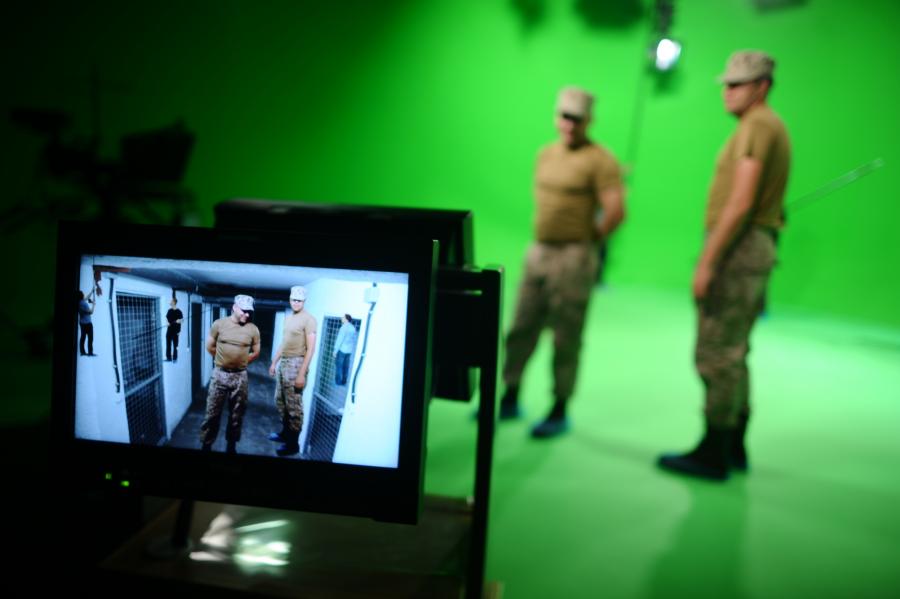 The aspects of Russia’s hybrid warfare run wide. From trolls and bots online, to the propaganda-cum-media outlets of RT and Sputnik, to its myriad connections to fringe activists and conspiratorial cranks, Moscow has no predilection about marshalling any and all who would push back against fact and reality. No matter that reams of photographs and testimonials confirm Russian troops’ presence in eastern Ukraine. No matter that all available evidence points for Russian-backed separatists downing MH17. No matter that fascist elements remain sidelined within Kiev. Facts, those post-modern antagonists, remain malleable for those on Moscow’s dole.

But Moscow hasn’t put forth these outlets and talking heads simply for the sake of convincing the audience. Rather, they’ve pushed them into the media sphere to confuse and complicate, to muddle and muddy the facts on the ground, to create multiple realities to back manifold predispositions. Are you of a far-right bent, set on fracturing whichever union your state belongs to? Moscow’s packaged some messaging for you. Are you a member of a far-left troop, convinced Western imperialism has savaged a prone Russia? Moscow’s happy to provide you a narrative.

Fortunately, much of Moscow’s messaging remains beyond the pale for broad-based media. Outlets from CBS to Der Spiegel to the Sydney Morning Herald have maintained a bulwark against Russian obfuscation, continually pushing back at Moscow’s claims that, say, ethnic Russians were under genocidal threat in Crimea, or that neo-Nazis had taken over Ukraine’s Rada. For the bulk of Western media, Moscow’s prevarications hold no water, and fail the most basic of tests.

That said, RT and Sputnik are not the lone outlets willing to puff Moscow’s messaging for English-speaking audiences. And while Russia Direct and Russia Beyond the Headlines can at least excuse their actions by pointing to their Kremlin funding, editors at those Western outlets willing to shine a sympathetic light on Moscow have no pretext. They’re simply pushing Russia’s fantasies – ISIS in Ukraine! Russia is the victim! – for the sake of readership, and to their own long-lasting detriment.

The first outlet that crops up when discussing over-weening Kremlin sympathies is The Nation, which has morphed from a progressive bulwark willing to pressure Wall Street to something else entirely. One of the writers featured most often within The Nation’s skew is Stephen Cohen, an erstwhile expert given to Moscow-friendly write-ups. Cohen’s foibles, his myriad embarrassments, have been covered elsewhere, but it’s worth highlighting just how swiftly his reputation has collapsed. Where he once stood as one of the preeminent Sovietologists of his day, Cohen has imploded into a heap of Putinist apologia. Now, Cohen is heading something called the “American Committee for East-West Accord,” an organization seeking to prevent a “new (potentially even more dangerous) cold war.” The goal may appear prima facie admirable, but a quick glance through their proposals – which make not a single mention of the removal of Russian troops from eastern Ukraine, let alone Crimea – display how hollow the group’s goals remain. The Nation’s James Carden, likewise, has recently heaped scorn on “neo-McCarthyites” who have called out those seeking to appease Moscow. But Carden’s knowledge of the Minsk II protocols, to say nothing of his overall grasp of the factors initially breaking the Ukraine crisis, leaves readers wanting, and wondering where he may have picked up such sympathetic messaging. (Perhaps unsurprisingly, Carden has contributed multiple articles to the Kremlin-funded, Kremlin-friendly Russia Direct.)

But while The Nation has at least attempted to remain within factual boundaries – even if they’ve stood highly selective – another outlet has decided to drop any pretense, and openly back Moscow’s message: The Intercept, speared by Glenn Greenwald. To take but one example, an article from February penned by Marcin Mamon managed to stake that Ukraine had become a “gateway for jihad.” Detailing the travails of a 57-year-old named Ruslan, Mamon claims the pro-Kiev fighter belongs to a coterie of “brothers” – an amorphous network connected to “ISIS and other underground Islamic organizations.” Mamon further claims that eastern Ukraine has transitioned into a springboard for ISIS-related efforts, an account that stands as credible as the notion that ISIS is readying to worm its way into, say, Arkansas.

In a separate story, Mamon expanded his coverage of putative Islamists within pro-Ukrainian ranks, reporting that an “important leader” in ISIS has “recommended” Isa Munayev, a Chechen whose family had been killed by Russians, to those within Ukraine’s anti-Russian ranks. That is, according to The Intercept, ISIS has helped tap leaders within Ukraine’s battalions – a claim backed and shared nowhere else outside of assorted Kremlin-friendly outlets. And when later asked on Twitter about those guilty of Munayev’s family’s deaths, Mamon noted that “if the war and crimes have gone from more than 20 years, so almost every Russian has responsibled for this [sic].” When I asked him to clarify whether this was to mean that “almost every Russian is responsible for what happened to Munayev’s family,” he responded, “yaeh. it is very simple [sic].”

When contacted by email, Greenwald did not clarify whether or not The Intercept shared Mamon’s claims of guilt. However, he said that that “demanding that I opine on … things [Mamon] said on Twitter” was “ludicrous.” Of course, Greenwald stands clear on ludicrous coverage of Ukraine. Consider one of his February reports. When writing on a handful of non-governmental battalions fighting against the Russians, Greenwald claimed that “fascist thugs [are] leading the fight for the Kiev government” – a claim that will sound familiar to anyone following Russian state media. He further slammed the “U.S. media propaganda” that “glorif[ies] the Kiev regime by suppressing” coverage of the non-governmental battalions. Of course, Greenwald did not cite any examples of US outlets “suppressing” reports, and did not provide any examples when contacted via email. However, he linked to a trio of articles from mainstream American outlets that focus on these battalions – including write-ups from Foreign Policy, BuzzFeed, and Vox – that apparently exist beyond the reach of “U.S. media propaganda.”

Greenwald offered another write-up in March, detailing London’s investigations into biases within RT. The investigations presented an interesting dynamic on the intersections of media, censorship, and propaganda. But instead of opting for a well-reasoned approach, Greenwald claimed “leading British outlets,” at their best, are only as “biased” as RT viz. Russia.  This trope – staking that all outlets are equally biased, and equally fallacious – exists firmly within the camp of whataboutism, that Soviet-era construct witnessing a recent resurgence. Indeed, you’d be hard-pressed to find a finer example than Greenwald presents here. When asked about his comments on RT, Greenwald stood by his stance, describing my line of questioning as part of a “fun, decades-old game for Americans to search in deep, dark crevices for those who secretly deviate from The Russia Script[.]”  Whatever this “Russia Script” entails, Greenwald did not clarify. But as someone who’s helped monitor RT over the past few months at the Columbia Journalism School, it’s no stretch to say Greenwald’s claim is pure, unalloyed farce.

It’s not difficult to discern why. RT purposely mangles BBC investigations to call the validity of Ukraine’s EuroMaidan protests into doubt. RT paints Russian-backed separatists’ land-grabs – egregious violations of the recent ceasefire accords – as something necessary to overcome a “stumbling block” purposefully laid by Kiev. RT goes as far as it needs to distance the Kremlin from any potential culpability in the recent assassination of a Russian opposition leader. The examples run on ad infinitum. It’s impossible to claim that “leading British outlets” are somehow, at their best, on par with the bias emanating from RT. After all, Greenwald cites numerous articles from The Guardian – a “leading British outlet” if there was one – to buttress his own stances. The only thing distracting from the whataboutism is the cognitive dissonance apparent.

Look: It’s easy to pick on The Intercept. Given the litany of post-hoc complaints from former personnel, critiquing the publication may seem like low-hanging fruit. But this has nothing to do with their hiring practices, or their management issues. It has nothing to do with the fact that Edward Snowden, Greenwald’s continuing meal-ticket, remains holed up in Russia. Rather, this has everything to do with Greenwald and The Intercept taking leave of the facts, and lofting rhetorical barbs at Washington and London that don’t mirror the actual situation in Ukraine. In his admixture of fiction and whataboutism, Greenwald has let both himself and The Intercept, mirroring The Nation’s descent, blunder straight into the ignorant parody so many others want to see. RT – and Moscow – couldn’t have scripted it any better.