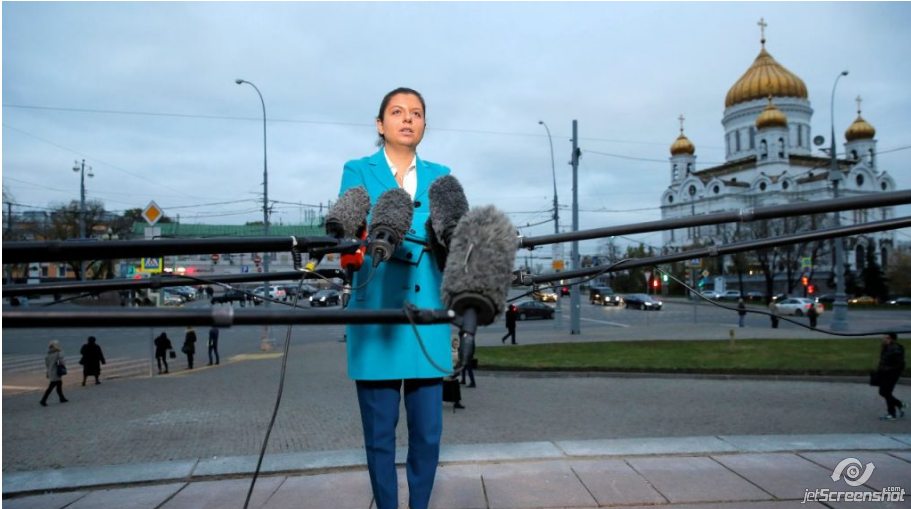 Russian propagandists sometimes admit their disdain for the truth, but Western audiences remain vulnerable to their work.

A couple of months ago, a pro-Kremlin website published an article devoted to a comparative analysis of Russian and Western propaganda. Right from the outset its author Vladimir Ocheretny, with unusual frankness, accepted that “the task of propaganda is not to inform truthfully, but to win over supporters under the guise of truth.”

Ocheretny went on to state that while Russian propagandists tend to work with facts, Western media allegedly prefer to rely on “axioms”, that is, statements considered indisputable by the audience. These axioms appeal to strong emotional images that Russian propaganda is not capable of creating.

This may offer an insight into the topsy turvy world of Russia’s truth-benders, but it hardly stands up to examination. Russian propaganda has succeeded in creating images so colorful that they affect people much more than rational arguments, as with the slickly produced Kremlin-friendly (fact-free, assertion-heavy) videos distributed on social networks in which the United States is presented as an absolute evil and a sponsor of world terrorism. Multiple outlets and approaches are used — in 2020, a fake news agency called PeaceData covertly run and funded from Russian was exposed. Its coverage of the US sought left-of-center American readers by portraying the country as “war-mongering and law-breaking abroad while being racked by racism, COVID-19, and cut-throat capitalism at home.”

Even so, there is some truth in Ocheretny’s article. Russian propaganda is mostly based on a distortion of facts, while Western media make references to certain well-known postulates. However, these postulates are not arbitrarily invented “axioms”, but facts that have already been proven many times over the years; they are therefore so obvious that their repetition looks redundant.

For example, the fact of the Russian invasion of Ukraine in 2014 has been repeatedly proven and documented with references to the number of Russian troops and detailed inventories of the weaponry deployed (see think tank and media research publications passim.) Similarly, President Putin’s oft-repeated mantra that Russian speakers in Eastern Ukraine are suffering a genocide receives no support from human rights groups and likewise repeated warnings broadcast by state-funded RT.com that Ukrainian Nazis are preparing mass murder and ethnic cleansing.

Logically, it is impossible to repeat all this evidence every time a conversation turns to the Russian-Ukrainian conflict, not least because it requires a lengthy restatement of things that Russia has asserted but which did not occur. As a result, while Russians keep coming up with new versions of reality, replete with emotional details, Western media and officials instead repeat established fact in order to support their views. This approach is understandable and inevitable, but it contains several vulnerabilities, especially in the US.

First, Americans are rarely interested in foreign policy, and simply do not remember the evidence given in previous years. As a result, statements by US journalists and officials may look unsubstantiated. Secondly, Russian propaganda skillfully plays on the critical attitude of ordinary Americans towards their state. Even patriotic Americans are skeptical of politicians and mainstream media. Americans consider a critical and even suspicious attitude towards the authorities to be an achievement of their democracy and a guarantee against the onset of dictatorship. In and of itself, this is a commendable quality, but it is precisely that which makes Americans vulnerable to foreign propaganda.

Second, this distrust can be exploited: take the conspiracy theory that the Democratic Party blocked the supply of an effective coronavirus drug in order to make the pandemic more devastating by increasing mortality among Americans. According to the Associated Press, the website where this theory was published is linked to Russian intelligence agencies.

Thirdly, the Western principle of a free press inevitably leads to cases of individual unprofessionalism. In fact, any journalist and civil activist can based on “well-known” postulates, can put forward his own theories that exaggerate the significance of the facts. One useful approach is to reveal the “truth” of America’s evil intent (everything, always is driven by a desire for money and power.)

Fourth, American media and officials often provide information about a planned event in order to prevent it from happening. By showing awareness, including through deliberate leaks to the press, the American intelligence community is trying to influence Russian behavior. This is happening now, against the backdrop of a possible Russian invasion of Ukraine. Even Russian propagandists admit that the constant detailed broadcasting of Russian plans by the Americans is frustrating. For example, the pro-Kremlin political scientist Sergei Markov openly stated that the purpose of the informational pressure by the West is “to force Russia to make excuses and abandon plans for its army to invade Ukraine” in order to preserve the Western “puppet regime.”

RT editor-in-chief Margarita Simonyan wrote that Putin “never works according to someone else’s schedule” and does not “do what he is being pushed to do.” The very fact that his plans are exposed is perceived by Putin as pressure from outside, and therefore he is forced to change them in order not to allow Western forecasts to come true. This strategy is effective in preventing aggression, but it’s vulnerable to information warfare, as it allows Russia to accuse the West of false predictions. If, as stated by some sources, the invasion was due to begin on February 16 and that did not happen, Russian information warriors have an obvious opportunity to exploit.

Fifth, Russian propaganda exploits the American cult of professionalism. Americans are not accustomed to thinking of themselves as experts in things they don’t do professionally. Some are therefore respectful of those with knowledge of Russia, believing that they have a better understanding of what is happening in their homeland. Some do, of course, have such an understanding, but propagandists are not among them.

Lastly, Russia is taking advantage of the classical principles of journalism. A few years ago, a famous American analyst Paul Goble noted that many Western journalists confuse balance with objectivity, believing that they should cover all positions on a particular issue, regardless of the evidence for their veracity. As a result, some journalists include Kremlin propaganda in articles as “part of the story,” believing that it presents a more complete picture.

These vulnerabilities do not mean that the West should abandon its founding principles. However, it is important to keep explaining how and why Russia seeks to deceive and distort, to reiterate established facts, where this information can be found, and the significance it has for ordinary Americans.