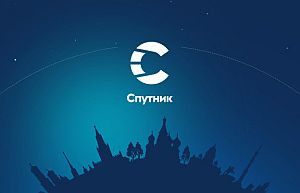 Facebook
Twitter
Pinterest
WhatsApp
The Sputnik News Channel, designed to spread Russian propaganda, has begun to look for journalists who could work in the portal and radio station to be created in Estonia; Russian staff of Postimees and Delfi have already received the corresponding letters, LETA/Public Broadcasting reports.

Yesterday, the first steps were taken in this direction – a journalist in Postimees newspaper’s Russian department received a letter, which also made a concrete job offer. “The letter stated that Sputnik plans to open a representative office here, and do radio and television, and now they are investigating what Estonian-language and Russian-language journalists there are there with whom they could collaborate,” said Postimees Russian staff manager Jevgenia Värä. She said that they are not interested in cooperation.

Russian Delfi editor-in-chief Julia Rodina also received a letter asking her help to find potential cooperation partners. She added that this letter did not contain any direct job offers.

Sputnik‘s press office confirmed to public television ETV’s evening news programme Aktuaalne Kaamera that they are really looking for ways to organize their work in the Baltic countries. They also stressed that currently it is still early to talk about deadlines and other details.