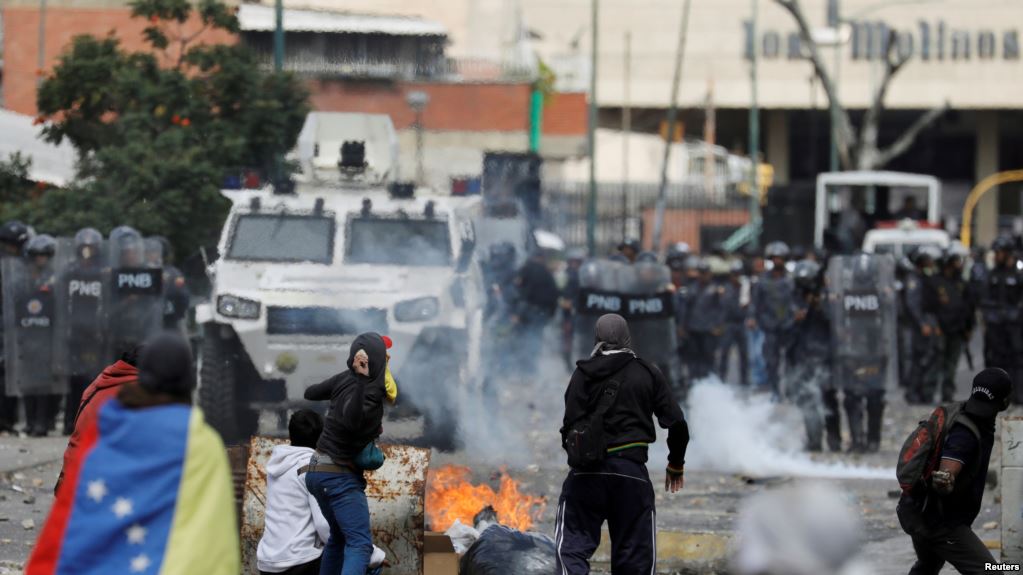 The Voice of America reported that the 630,000-strong city is the busiest border crossing point between the countries, with 50,000 people entering Columbia through Cucuta each day.

Venezuelan President Nicolás Maduro has thus far refused to allow the aid into the economically beleaguered country of 32 million, saying Venezuela is not a nation of “beggars,” while equating humanitarian assistance to foreign intervention, AP reported.

Venezuelan opposition leader and self-declared interim president Juan Guaidó is pushing forward with plans to bring the food and medicine into the country.

After the Venezuelan army blocked the humanitarian assistance from entering the country, Guaidó said the army would have to choose between siding with a dictatorship that does not have an iota of humanity, or with the constitution, France 24 reported, citing an interview on Colombian radio.

Meanwhile, Rossiya 1 dispatched its correspondent Stas Natanzon to Cucuta to find out “what is really going on at the border between the two republics.”

Natanzon described Cucuta as the town where “crowds of Venezuelans are alleged to be fleeing from Nicolás Maduro’s regime.”

A Venezuela-Colombia bridge has been blocked to keep humanitarian aid from entering Venezuela, aerial footage over #Cucuta shows

He said, sarcastically, that it was easy to distinguish those fleeing “Maduro’s dreadful regime, as they are relaxed and having friendly chats without luggage.

No one there “is truly a refugee,” Natanzon said; rather, they simply collect $30 dollars in humanitarian aid from the Colombian government in order “buy goods and head back [home].”

He adds that you can recognize who is coming back from Columbia because they have carts packed with goods.

Natanzon briefly interviewed a man who had purchased some clothing and footwear in Colombia, asking him if he is afraid to return to Venezuela. The man replied: “No.”

Other reports and photos show some Venezuelans do cross into Colombia for essentials. A February 5 report by the Reuters news service, said the crossing was quiet that day but that police officials in Cucuta had been hearing from “migrants” who were asking where the supplies would be delivered.

The report, mostly about the stalled convoy, also pointed to the small nearby border town of La Parada, in Colombia, where “hundreds of people, some in wheelchairs, lined up in the hot sun to buy medicine.”

The Reuters report quoted Maria Gomez, a 53-year-old seamstress who traveled from San Cristobol in northern Venezuela to buy medicine:

“It’s cheap here, I always come,” she said as a pharmacist handed over the pills. “We cannot buy drugs in Venezuela, you die before you get them.”

Natanzon’s report insinuated that Venezuelans do not fear a crisis that World Food Program Executive Director David Beasley warned “could turn into an absolute disaster in unprecedented proportions for the Western Hemisphere.”

Rather, Natanzon said Venezuelans fear “what if there’s a war tomorrow,” and cited photos from “the web” depicting Columbian and U.S. troops on the border and a “mysterious” convoy.

Contrary to Natanzon’s story, the United Nations High Commission for Refugees reported in November 2018 that 3 million Venezuelans had fled the country since 2015, in an exodus driven by “violence, hyperinflation and shortages of food and medicines,” Reuters reported.

Aid here at Tienditas border Cucuta is now being divided into bags, enough to feed a family of five for a week. pic.twitter.com/qkbussLf9L

One million of those refugees have gone to Columbia.

With the release of a U.N. human rights report last June, U.N. Human Rights High Commissioner Zeid Ra’ad Al Hussein said that 87% of the population of Venezuela was affected by poverty, with extreme poverty hitting 61.2% of the citizenry.

The U.N. report described “the acute deterioration of healthcare facilities” in the country, confirming the anecdotal report of shortage in the Reuters article.

CONFIRMED: This picture shows Venezuelan Soldiers (GNB) resting at Puente Binacional Tienditas between Tienditas, Venezuela and Cúcuta, Colombia. This bridge is closed due to it being blocked by shipping containers and a tanker to prevent humanitarian aid entering#Venezuela pic.twitter.com/M9V7iVDKXi

“Systemic shortages of key supplies and medicine; doctors leaving the country, unable to make ends meet on meagre salaries given hyperinflation; and the lack of transparency by the Government, which on occasion has reportedly responded to criticism by threatening or even detaining healthcare workers and journalists who are critical of the healthcare situation, all appear to be contributing to the dramatic healthcare crisis in the country,” the report found.

A Lancet Global Health study found that, according to its “conservative estimation,” Venezuela “is in the throes of a humanitarian crisis.” The report said the increase in infant mortality in 2016 compared with 2008 had taken Venezuela back to “the level observed at the end of the 1990s, wiping out 18 years of expected progress…”

Facing six-digit hyperinflation and a currency whose value has dropped so precipitously artisans are using banknotes as a raw material to make other goods, the United Nations now predicts 5.3 million Venezuelans will have left the country by the end of this year.

Venezuelans carrying goods back home across the Simon Bolivar bridge in Cucuta, Colombia.

Aid shipments are scheduled to begin arriving this week. Will Maduro allow them in? #Venezuela pic.twitter.com/0Fs5mKvVPh

And while the complexities of Venezuela’s political and economic crisis do no lend themselves to easy analysis, the reality of a growing refugee crisis in the country is undeniable, as confirmed in the UN and Lancet reports.

Polygraph.info therefore finds the conclusion reached in Rossiya 1’s report to be false. 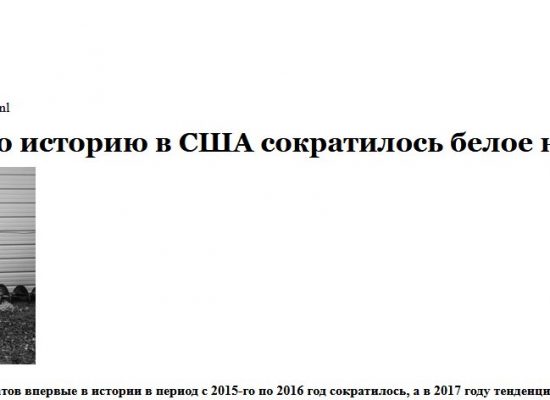 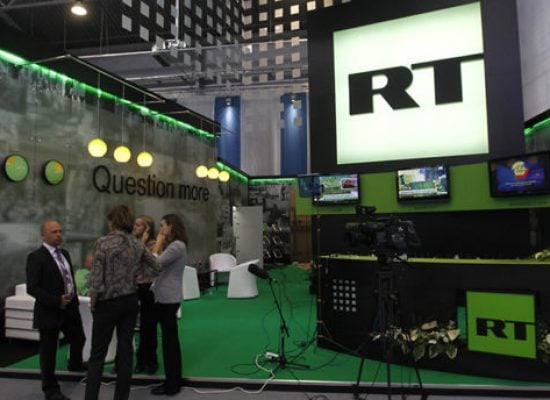 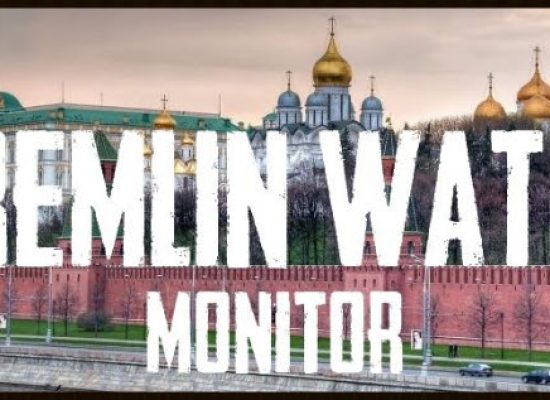 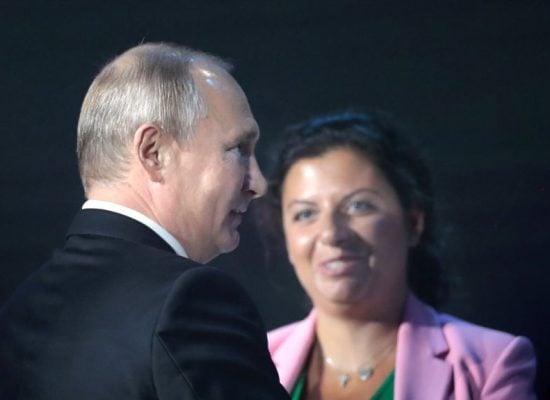 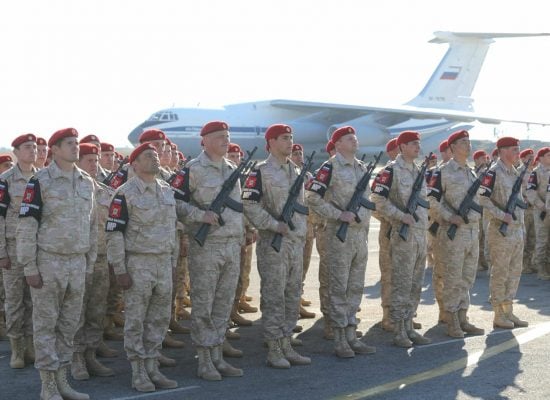 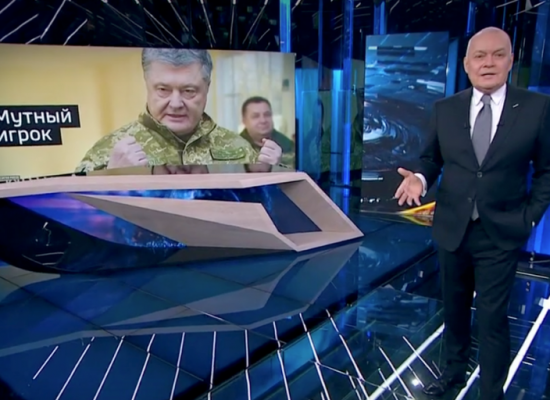