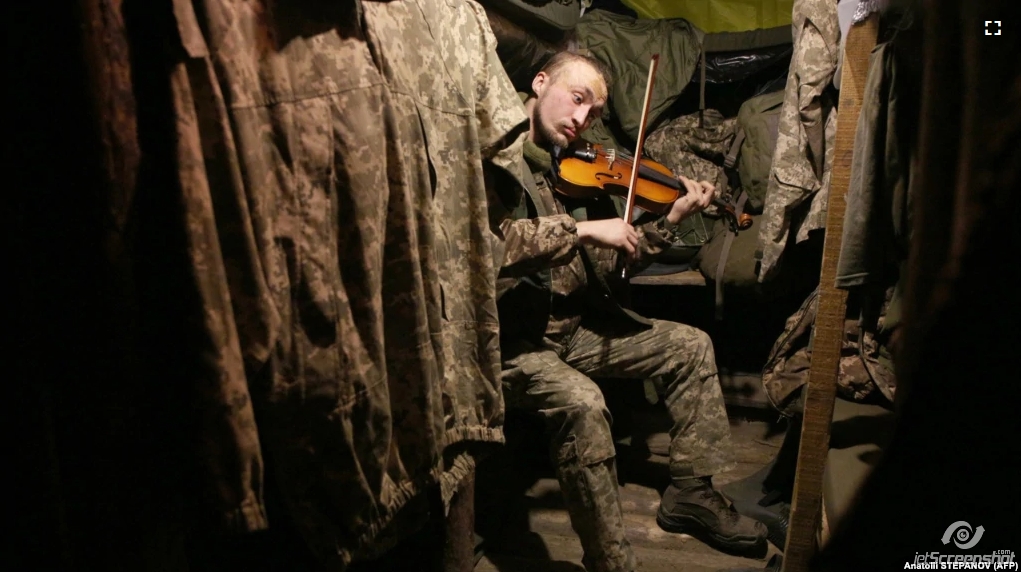 Dmitry Polyanskiy
First Deputy, Russia’s U.N. mission
“[W]e should thank our Ukrainian colleagues, who have been saddling and mercilessly exploiting the role of victim of so-called Russian aggression for about seven years.”
Source: TASS, February 23, 2021
FALSE

On February 23 at the United Nations, Russia’s First Deputy Permanent Representative Dmitry Polyanskiy proclaimed that Russian aggression in Ukraine is a “fairy tale.”

“If those who claim the U.N. is often detached from reality are right, today is just the most obvious example of such ‘detachment,’” he said. “For this, we should thank our Ukrainian colleagues, who have been saddling and mercilessly exploiting the role of victim of Russian aggression for about seven years.”

Polyanskiy accused Ukraine and its Western allies of promoting the “myth” of Russian aggression to avoid what he said was Kyiv’s responsibility for a “civil war” in Ukraine.

This is false based on voluminous evidence since the conflict began in 2014.

From the earliest days after Russia’s forced annexation of Ukraine’s Crimean peninsula, evidence of Russian involvement in fomenting the armed conflict in the Donbas region of Ukraine has been overwhelming and readily available.

Russians directly involved in the conflict have themselves provided evidence, and Russian officials including President Vladimir Putin have indirectly admitted their country’s involvement.

The record ranges from social media posts of Russian soldiers and mercenaries and their families, to videos and photographs of sophisticated Russian-made weapons in the hands of so-called “separatist forces.” In many cases, the weapons and equipment were models never exported to Ukraine or in use by its armed forces.

In April 2014, armed men, many wearing masks, seized government buildings in various eastern Ukrainian cities. In the two major cities of Donetsk and Luhansk, these forces proclaimed the creation of the Donetsk People’s Republic (DNR) and Luhansk People’s Republic (LNR) and declared their independence from Ukraine’s central government. Militants representing these groups spread out to take over other cities in the Donetsk and Luhansk oblasts.

One commander of these units, Igor Girkin, also known by his code name Strelkov, became the DNR’s “defense minister.” The involvement of Girkin, who is a Russian citizen and former officer in Russia’s Federal Security Service (FSB), was crucial for several reasons. First, his military unit, consisting of other Russian mercenaries, was instrumental in turning the unrest into an armed conflict by seizing the city of Slovyansk.

While Girkin served as DNR “defense minister,” another Russian citizen, Alexander Borodai, became the DNR’s leader. Although Ukraine’s government offered amnesty and peace talks, Girkin’s decision to make a stand in Slovyansk transformed what began as riots into a shooting war with Ukraine’s armed forces.

“I was the one who pulled the trigger of this war,” Girkin told the Russian nationalist newspaper Zavtra.

“If our unit hadn’t crossed the border, everything would have fizzled out – like in Kharkiv, like in Odessa. There would have been several dozen killed, burned, detained. And that would have been the end of it. But the flywheel of the war, which is continuing to this day, was spun by our unit.”

Further proof of Russia’s involvement is the abundance of modern military equipment in the DNR and LNR. This includes late-model battle tanks manufactured in Russia and never exported to Ukraine and the latest Russian electronic warfare and unmanned aerial vehicle (UAV) systems. The tanks are routinely spotted by Ukrainian reconnaissance drones or European security monitors in occupied territories, while UAVs been downed by Ukrainian anti-aircraft fire.

Russia has never convincingly explained how the “rebels” were able to acquire so many weapons, military vehicles, equipment, ammunition and other necessities for waging modern warfare. They were initially said to have come from abandoned Ukrainian military facilities, but that explanation later evolved into the bizarre claim that they were dug out of abandoned mines.

In 2019, Putin claimed the heavy weapons came from countries that sympathized with the DNR and LNR, ignoring the fact that neither area has a functioning port or airport, and that Russia is the only foreign country bordering both “republics.”

In his address to the U.N. General Assembly, Polyanskiy accused Kyiv of not fulfilling the Minsk II agreement, signed in February 2015 with the aim of ending the conflict in Eastern Ukraine. He claimed the conflict was an internal Ukrainian matter because the agreement said nothing about Russia.

While it is true the agreement’s text does not mention Russia, Russia was a signatory to the agreement, and Putin was among the negotiators who hashed out the treaty in Minsk in 2015. Moreover, Russia has continued to participate in the so-called Normandy Format talks, which are also aimed at resolving the conflict.

The Minsk II protocol called for an “immediate and comprehensive ceasefire” in the Donetsk and Luhansk oblasts, but while it was set to go into effect at midnight on February 15, 2015, it was ignored by Russian-led forces, which continued offensive operations to take the town of Debaltseve. Incidentally, Debaltseve was one of two known occasions during the conflict when Russian regular forces directly intervened.

Russian-led forces have violated the ceasefire numerous times each year since then. As recently as February 6, two Ukrainian soldiers were killed and another critically wounded in an exchange of fire. To date, more than 13,000 people have been killed in the conflict in Donbas, and nearly 2 million have been displaced.

In 2016, the International Criminal Court ruled that the war in Donbas was an “international armed conflict” involving Russia, not a civil war. In response, Russia announced that it would withdraw from the institution.