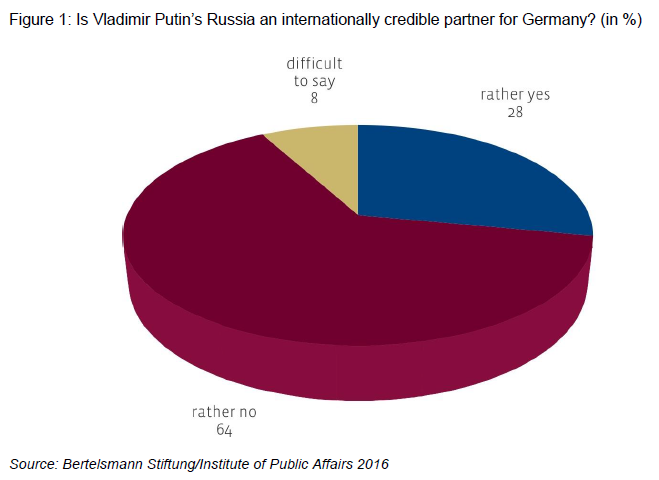 This week, Russian sociologist Denis Volkov of the respected Levada centre published an analysis in Vedomosti where he discussed how Russian public opinion sees the US and the EU. The article, made available in English by Meduza, claims that “in the late 1980s and early 1990s Russian society was fascinated by the West—particularly the United States. America appeared to Russians to be the model country.” However, according to Volkov, “hopes for new Russia’s quick and painless integration into the global community soon proved to be groundless, and they were replaced by a shared annoyance aimed at the West.”

Volkov claims that state media have played a key role in the negative trend. He says: “If the growth of anti-Americanism in the 1990s was relatively spontaneous, Russia’s authorities in the 2000s started using it purposefully to interpret world events and justify Moscow’s foreign policy ambitions [..]. This effort was facilitated by concentrating Russia’s television networks and the country’s biggest media outlets under the control of the state, which began with Vladimir Putin’s presidency.” The author concludes that the negative views about the West will remain “until the country’s elites and its mass media become more pluralistic and free.”

A recent opinion poll by the German Bertelsmann Stiftung looks at German public opinion on Russia: A growing number of Germans, now 64%, thinks that Russia’s government is not an internationally credible partner. At the same time, the German view of the Russian nation and the Russians themselves remains unaffected by the dissatisfaction with the Russian government. In fact, acceptance of Russians in various social roles has been increasing since 2013 (see second image below). This poll disproofs a popular claim in pro-Kremlin narratives, namely that negative attitudes towards Russia – what pro-Kremlin media and officials label “russophobia” – are the reason behind negative assessments of the Russian government’s policies. The term “russophobia” and its use have also been criticized in a recent article by academic Andreas Umland, entitled “The Putinverstehers’ Misconceived Charge of Russophobia: How Western Apology for the Kremlin’s Current Behavior Contradicts Russian National Interests“. He argues that “To interpret Moscow’s current policies merely as a manifestation of centuries-old Russian traditions ignores the tragic course of recent Russian history and its effects on post-Soviet Russia.”

Finally, the German poll can serve as an example of how public opinion develops differently in societies with and without strong propaganda by state media: Russian negative views develop broadly against “the West”, whereas German public opinion targets the Russian government, leaving the Russian nation unaffected A word, a camera, a photo, a weapon

Pro-Kremlin commentators often argue that while official Russian media might be accused of spreading disinformation, Western media do the same. But this argument fails on several counts, and one of them is the very concept of journalism.

On 17 April, Russia Defence Minister Sergei Shoigu decorated selected Russian journalists with ministerial medals – these were awarded “To the participant of the Syrian military operation“, or “For military excellence“. Staff of the leading pro-Kremlin outlets had been selected, the most important were listed in an article by sprotyv.info.

Two years ago, President Putin awarded 300 journalists for “objective” (sic) coverage of the events in Crimea. These very journalists were of course the ones promoting official lines about the absence of Russian troops in Crimea, or about bloodthirsty Ukrainian Nazis oppressing Russian speakers in Ukraine.

“The day has come when we all have to admit that a word, a camera, a photo, the Internet, and information in general have become yet another type of weapons, yet another component of the armed forces,” Minister Shoigu said last year. Last week, he reminded once again that official pro-Kremlin media outlets are seen as another part of Russian armed forces. It can’t be claimed that the West has the same concept of journalism.

Pro-Kremlin media on the US election campaign

The pre-election campaign in the US does not escape the attention of pro-Kremlin media. Sputnik does indeed report more frequently about Donald Trump than about the other candidates. A look at the 29 articles Sputnik dedicated to the US primaries between 21 and 28 April shows that their headlines mention Trump three times more frequently than Hillary Clinton and almost as many times as all other candidates put together.

Sputnik favours quoting those of Trump’s positions that chime with pro-Kremlin narratives. This week, it highlighted his words: “We are going to have a great relationship with Putin and Russia“. Sputnik has also portrayed him as “sick and tired” of US antagonism to Russia: “Why is it that Germany is not dealing with NATO on Ukraine? […] Why are we always the one that’s leading, potentially the third world war, okay, with Russia?,” it quotes the Republican politician.

Russia Today, in its turn, reports how Alexei Pushkov, Chairman of the Duma Committee on Foreign Affairs, praises Trump’s pragmatism and readiness for cooperation, while severely criticising Hillary Clinton. Aljazeera draws its conclusions: “Donald Trump is a brave pro-Putin political maverick who would end US foreign wars and perhaps lift sanctions on Moscow. […] Russian state TV [..] leaves little doubt about who Moscow supports in November’s US presidential election: ‘The Donald’.”

RT disagrees: An opinion piece published this week states: “Sections of the American establishment believe the Kremlin supports Donald Trump. It doesn’t. However, many Russians are concerned a future President Hillary will further worsen, already appalling, relations between Moscow and Washington.”

Muscovites were not amused when they discovered earlier this week that the city administration was threatening to outlaw their beloved kebab stands, citing food safety concerns. The head of the city’s trade and services department Alexei Nemeryuk complained in Komsomolskaya Pravda about “the absence of any desire of the owners of kiosks to bear even the slightest costs” to comply with sanitary regulations. Unhappy social media users posted pictures comparing the move to Tsar Ivan the terrible slaughtering his son.

This move reminded us of a recent poll revealing that Russian public opinion saw Turkey as one of Russia’s top three enemy nations. In the last 12 months, the share of respondents citing Turkey as a country with which Russia has negative relations rose from 3% to 63%. (Images: Ilyarepin.org and the Guardian)