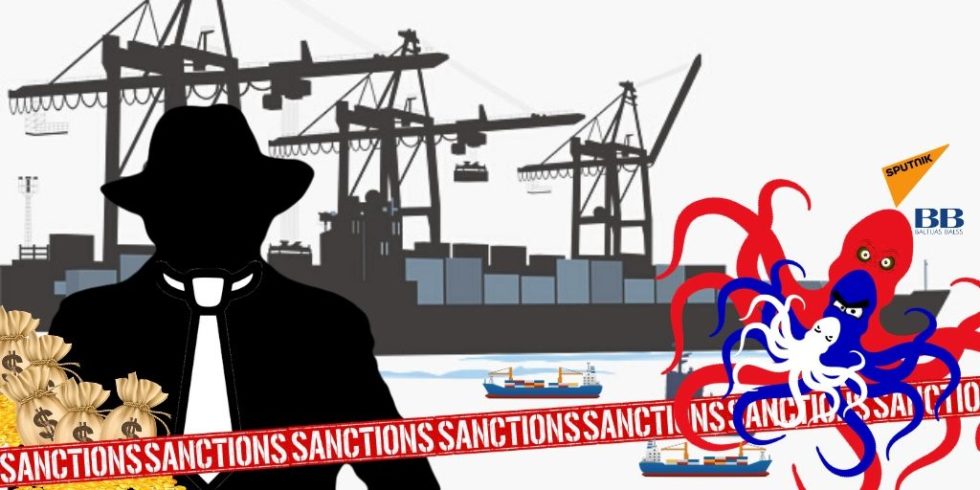 Disinformation framing Latvia as Russophobic is part of a long-term campaign, this time resurfacing due to implementation of US sanctions.

Starting from December, pro-Kremlin outlets have been targeting Latvia and accusing it of Russophobia and of acting as a US puppet and a failed state, new analysis by the Centre for East European Studies (CEEPS) has found.

The report analyses the main narratives targeting Latvia, based on 102 articles published between 9 December 2019 and 8 January 2020 in two Russian-language online platforms famous for spreading the pro-Kremlin messages – lv.sputniknews.ru and bb.lv. The analysis highlights several tactics how the two outlets abuse the case of the U.S. Treasury sanctions of 9 December 2019 imposed against Aivars Lembergs – a controversial Latvian businessperson and long-time mayor of Ventspils (the country’s sixth largest town hosting one of the major seaports) – to spread coordinated narratives defaming the Latvian government

The monthly reports by the CEEPS are part of a wider project, “Disinformation Campaigns against Latvia, the EU and NATO: Exploring Narratives”, launched in late 2019.

Russophobia, a US puppet-state, and collapsing economy

Pro-Kremlin outlets openly accuse the Latvian government of Russophobia due to the implementation of the U.S. sanctions. They frame the government’s actions as undemocratic settling of accounts with a popular politician who is famous for his pro-Russian and anti-NATO sentiments. At a later stage, the narrative of Latvia being a U.S. puppet state serving the interests of Washington is employed to show dependency of Latvia from its ‘foreign masters’.

Additionally, the two outlets frame the U.S. and Latvian governments’ cooperation as a conspiracy to destroy Latvia’s transit industry – a step aimed at driving the Baltic state deeper in the U.S. sphere of influence. This narrative is combined with one portraying Latvia as a failed state with an already collapsing economy, while using terms as ‘seizure’, ‘panic’, ‘economic disruption’, and ‘worst crisis’ to paint the picture in dark and gloomy tones.

The recurring pro-Kremlin narratives of Russophobia, U.S. puppet regimes, and the EU’s and the U.S. sanctions crippling the economies of the Baltic States can be seen as part of a wider long-term pattern, which has been documented and disproved by EUvsDisinfo. See some of the recent examples from our database for debunks:

On 9 December 2019, the U.S. Department of Treasury’s Office of Foreign Assets Control (OFAC) included Latvian oligarch Aivars Lembergs and assets related to him in the Magnitsky-designated sanctions list. The OFAC specified the rationale behind the decision being: “Latvian oligarch Aivars Lembergs (Lembergs) is designated for being a foreign person who is a current or former government official responsible for or complicit in, or directly or indirectly engaged in, corruption, including the misappropriation of state assets, the expropriation of private assets for personal gain, corruption related to government contracts or the extraction of natural resources, or bribery”.

The Latvian government reacted and passed timely legislation to end Lembergs’ control of the Ventspils Freeport Authority, which resulted in the latter entity being removed from the sanctions list.