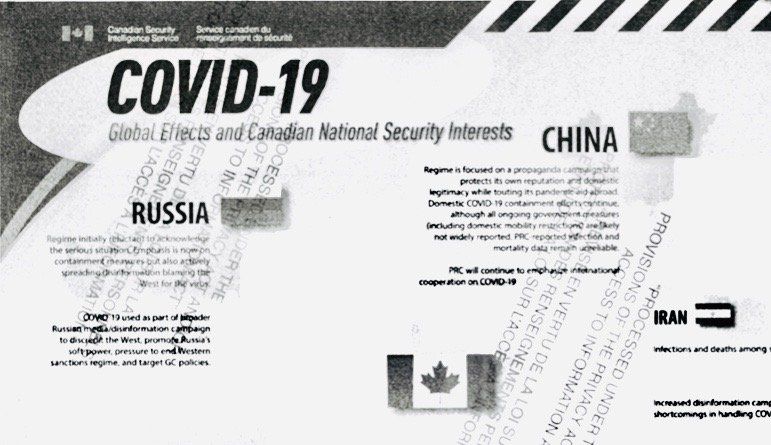 The CSIS report was published by a Canadian portal Global News. The documents cover the period of January-May 2020.

In the report it was stated that Russia “actively spreads disinformation blaming the West for the virus”. It is pointed out that it is a part of broader campaign meant to discredit the West, promote Russian influence and attempt to put a pressure on lifting the Western sanctions.

In the context of China Canadian services point out that it “is focused on a propaganda campaign that protects its own reputation and domestic legitimacy while touting its pandemic aid abroad”. The report points out that during the pandemic Beijing was limiting the access to information about the restrictions in China and the “infection and mortality data released by Beijing was unreliable”, we read.

As a response for the report, Chinese embassy denied such allegations. Russian embassy, though, promised the “commentary after receiving more information”. Iran has no embassy in Canada since severing diplomatic relations in 2012.

CSIS’s documents reveal that the Canadian intelligence has been regularly preparing internal informational meetings on the subject of issues related to Covid-19, including e.g. using the pandemic by extremists movements and the theoreticians of “5G conspiracy” as well as to promote disinformation about the pandemic.

“They seem to be concerned about the impact of conspiracy theories on Canadians,” said Ahmed al-Rawi, assistant professor at the School of Communication at Simon Fraser University quoted by Global News.