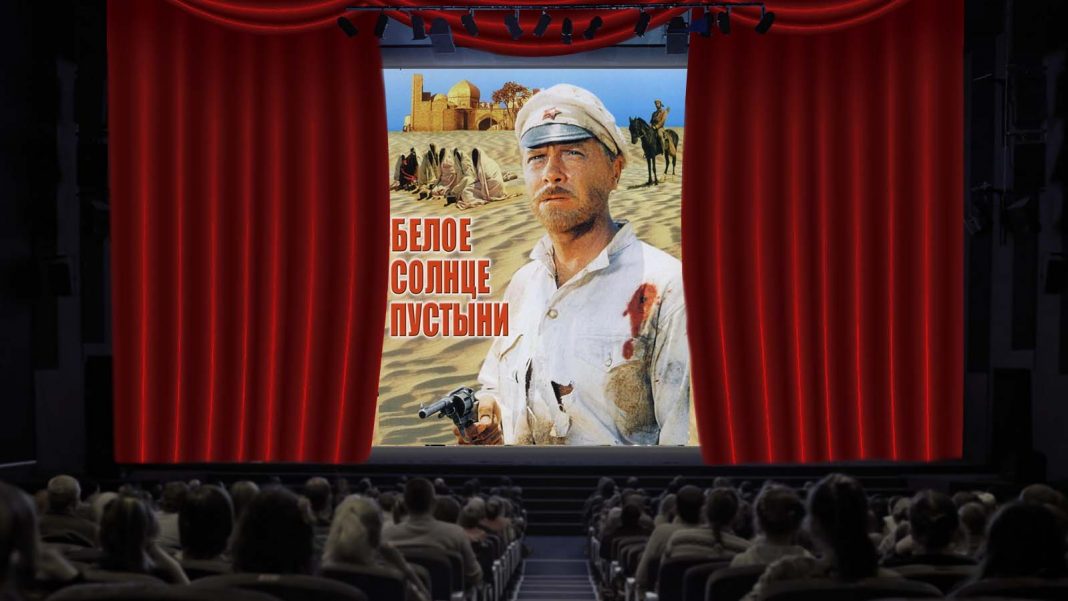 Since events in Afghanistan began to accelerate this summer, the Russian narratives around the Taliban, the future of the region and how to relate to the US withdrawal have undergone some changes. Remarkable examples of disinformation such as below were observed in Russian state media as well as pro-Kremlin outlets. The US is, as always, the main object of attention and stories have evolved around this: from the longstanding view of the US being behind terrorist groups, the US having created the Taliban, the US planning war to control drug traffic. The Taliban, which is still designated a terrorist organisation and illegal in Russia, could now be recognised by Russia, according to the Russian envoy Kabulov who also concluded that Russia had overestimated the US.

The hegemon has fallen

No surprise that Schadenfreude dominated the first Russian reaction to the US withdrawal from Afghanistan, covered intensively by state media and pro-Kremlin outlets. Pictures from the Soviet forces’ withdrawal in 1989 were re-circulated and hailed almost as a kind of victory since it claimed to have left behind thousands of specialists helping to run Afghanistan.

Predictions (rather: wishes) for the next withdrawals of US/NATO footprint came quickly: Today US leaves from Kabul. Tomorrow – from Kyiv. The Secretary of the Russian National Security Council, Patrushev, captured most elements in Izvestiya or as in this report on the main Russian TV First Channel. Russia and China found common language in wishing the US out of what they consider their spheres of influence. The Chinese state media narrative just switched Ukraine with Taiwan: the US would (should) leave its partner country Taiwan.

Understanding the Taliban and going well in Central Asia

There was an element of understanding in the news coverage about the Taliban. The Russian Ambassador to Afghanistan, remaining in the functioning embassy, was quoted as saying he had good conversations with the Taliban – something being prepared for years – and that new relations could be built.

The Central Asia dimension was covered mainly through the prism of Russia’s privileged position there and the potential for better cooperation between Moscow and the local capitals. No reference was made to China in the Kremlin narrative, perhaps not to antagonise Beijing, but most Russians would understand that now was a chance to regain some of the influence lost to Beijing’s economic advances in trade and foreign investment during the last decade.

A few voices, far from dominating the Russian debate, raised concerns of potential instability, of economic problems leading to some Afghans wanting to migrate, and perhaps of some spill-over in Central Asia.

This pattern continued during much of August. As a good example, the Russian State TV First Channel, aired at prime time on Sunday 29 August a 10-minute reportage ridiculing and denigrating everything American from being incapable of handling rough weather and lacking history to messing up and endangering world peace. Further, the US wanted to push Russia into the conflict in Afghanistan. Dixit!

Not until the end of August did the Russian narrative become more comprehensive, giving prominence to the potential of instability and a humanitarian crisis. Yet more reports of Taliban violence began to sink in as the numbers of civilians wanting to depart Afghanistan rose. No prospect of an inclusive government, accommodating the various Afghan groups, seemed in sight. This began to be reflected in the Kremlin narrative.

Russia’s posture towards the Taliban now focused much more on demands that the new rulers in Kabul fulfil commitments and promises towards an inclusive government, e.g., respecting women’s rights, as illustrated when Foreign Minister Lavrov summed up the meetings in New York during the recent General Assembly and made clear that there would be no easy recognition of the Taliban as speculated earlier by Mr Kabulov.

Afghanistan has affected Russia’s southern periphery in several complicated and negative ways: not just through the proximity of armed militants and Islamic fundamentalists but also a rarely voiced problem in Russia: widespread and relatively easily available narcotics and substantial drug abuse. Significant amounts of the Afghan opium transit through Russia before being distributed globally, leaving a trail of criminal activity also in Russia. This seems now to be recognised in Russia.

Now, in addition to Schadenfreude the Russian narrative emphasises concerns for stability, how to increase military security in Central Asia and prevent a large influx of refugees to these states and further into Russia. As there is a relatively relaxed border regime between Russia and most Central Asian states, people can move more easily inside this space. The area is known for high levels of corruption that makes borders more porous for illegal crossings. In plain language: refugees or terrorists can move from Afghanistan to Central Asia with less difficulty. Once inside Central Asia, movement to Russia or the Southern Caucasus and elsewhere is not difficult. A virtual summit of the Russia-led regional Collective Security Organisation CSTO (Russia, Belarus, Armenia, Kazakhstan, Kyrgyzstan and Tajikistan) was held on 23 August and followed by a plenary meeting of all relevant security officials on 16 September in Dushanbe. Additional Russian troops now help guard the Tajik border with Afghanistan.

US in the backyard

The US entry in Afghanistan in 2001 was originally welcomed by Russia as a burden-sharing in taking on Islamic radicalism. Russia supported the UNSC resolutions providing for the US and NATO-led military intervention. Russia suggested and supported a tough fight against the opium production and hoped for a new type of government. In wider circles in Moscow the Najibullah-led Soviet-leaning government in Kabul of the 1980s was still seen as inspiration. However, neither of these prospects materialised.

US bases in Central Asia are another element in the Russian narratives. Such bases existed in the early years since 2001 (and were later closed). Russia offered use of its bases to US logistics and cargo planes. Moscow this summer loudly dismissed ideas of US bases in Central Asia, just to realise that the US is too big to disappear from the wider Afghan equation. Recently the Russian Chief of Staff Gerasimov met his counterpart US General Milley in Helsinki, their first meeting since early 2019. On the agenda: Afghanistan and beyond. How can Russia control the US activity in Central Asia? This a developing narrative, but a constant concern.

The East is a complicated matter

In the popular 1970 Soviet-era film “White Sun of the Desert” (Белое солнце пустыни, Beloye solntse pustyni) the Red Army soldier Fyodor Ivanovich Sukhov struggles his way through heat, sand, fights and “ethno-cultural” challenges in a Central Asian scenery shortly after the Soviet Revolution. He dreams of his homeland: beautiful green landscapes and beloved Katarina, but he is on a mission far away. He is sent out to do what a good Red Army soldier does: establish order in a hornet nest. The setting of the film: desert, the Orient, tough fighters, patriarchal rulers with harems that add an exotic atmosphere – a bit like the “frontier feeling” in Westerns. Soldier Sukhov endures, makes the right alliances and skilfully interacts with the local clan structures and finally completes his mission: Central Asia is safe again.

The soft underbelly – and beyond

Outside the cosy cinema, Central Asia is often referred to as “Russia’s soft underbelly” and the movie helped coin a phrase: “the East is a complicated matter”. Indeed, it became more complicated in 1979-1989, when the Soviet Union’s invasion of Afghanistan changed the setting also in the wider Central Asian region. The Afghan war, increasingly difficult and dragging on for some 10 years helped new hard-line Afghan militant groups emerge and over time spread into then Soviet Central Asia. It also harboured training camps for mujahedeens and others from around the world, who later turned into modern-day terrorists.

With its Muslim culture and unreformed Soviet rule, already poor and experiencing local tensions, Central Asia was a good breeding ground where individuals with combat experience from Afghanistan could team up with dissatisfied local groups. A number of clashes occurred in different parts of Central Asia in the years following the Soviet withdrawal. Further away, in the North Caucasus, it was the same situation, just with much more violent armed clashes, especially in Chechnya, where militants with combat experience from Afghanistan aided local armed groups. All this added further to the already existing troubles and the Chechen wars facing the Russian government during the 1990s.

The growing rivalry with the US

Gradually, the post-2001 Moscow-Washington understanding eroded not only because of Afghanistan but due to other world developments. Disagreements over the Balkans were not forgotten by Putin, who wanted Russia recognised, respected and, if necessary, feared. By 2007-8, rivalry was back on the global stage and Putin’s Munich speech in 2007 denouncing “US hyper-power” became a watershed moment.

Fast forward through the 2008 war against Georgia, the 2011-2012 opposition demonstrations in Russia, the 2013 Kyiv Maidan, the 2014 occupation and illegal annexation of Crimea and the start of the war in Eastern Ukraine, and the 2015 Russian armed rescue of the Assad regime in Syria – developments that were used by the Kremlin to launch disinformation campaigns aimed at confusing the public about their real cause or to paralyse or weaken international responses to Russian foreign policy actions and aggressions; see examples on Georgia, Maidan, Crimea.

As for the domestic arena, the weaponisation of Russian state media and pro-Kremlin media resources was meant to galvanise the public against any opposition, who according to the Kremlin narrative, are either a “5th column” or a “6th column”, all masterminded from the West, primarily Washington. All of this shapes a strong anti-US policy, whether in, around, or far away from Central Asia.

Perhaps White Sun of the Desert is still so popular because it delivers an image much desired: a Central Asia put in order along Russian standards.