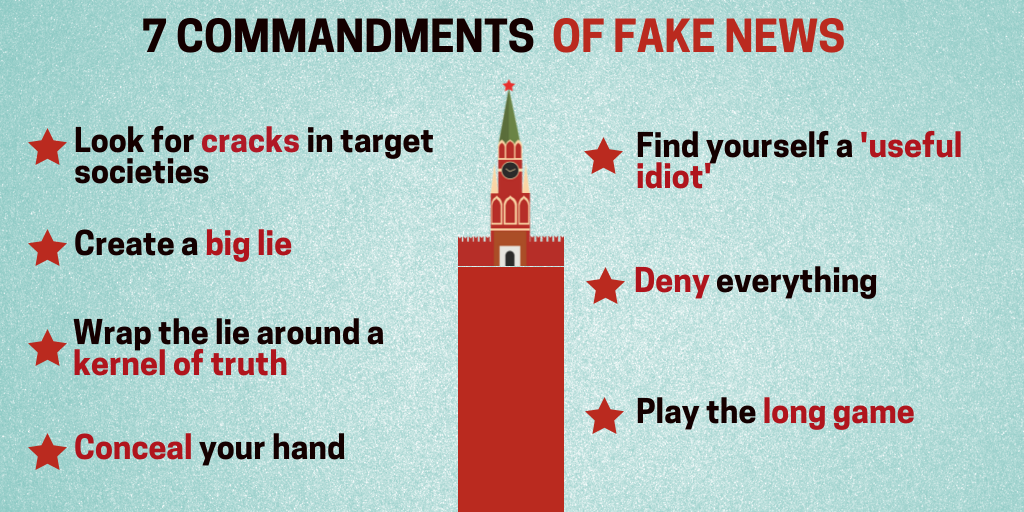 A three-series multimedia project by the New York Times reveals how current Kremlin disinformation campaigns stem from a long tradition of weaponizing information. Titled “Operation Infektion”, the series tells the story of a “political virus”, invented decades ago by the KGB to “slowly and methodically destroy its enemies from the inside”, and which the Kremlin continues to deliberately spread to this day. EU vs Disinfo takes a closer look at each of the episodes and encourages you to watch them yourselves.

A child-trafficking ring run from a pizza-parlour basement by the US Presidential candidate and her team – who would believe this stuff? In the midst of the US Presidential campaign in 2016, quite a few people did. And some even believed it enough to bring a fire-arm and start shooting inside the said pizza parlour, in a misguided attempt to save child slaves allegedly held there.

In the second episode of the “Operation Infektion” series, the New York Times demonstrates how even the most outrageous lie can be turned into a successful fake news story. All you would have to do is follow the Seven Commandments of Fake News – a step-by-step guide straight from the Kremlin’s recipe book, on how to cook up the perfect media storm:

Second Commandment: create a big lie – something so outrageous, no one will believe it is made up.

Third Commandment: wrap that lie around a kernel of truth – disinformation is most successful when it has a small bit of truth in it.

Fourth Commandment: conceal your hand – make it seem that the story came from somewhere else.

Fifth Commandment: find yourself a ‘useful idiot’ – someone who would unwittingly push your message to wider audiences.

Sixth Commandment: when truth is uncovered – deny everything.

Seventh Commandment: play the long game – efforts might not bear fruit for years, but accumulated over a longer period of time they will eventually have a political impact.

And while the Kremlin’s methods might in many ways be old, its tools are new. While the soviet KGB had to rely on obscure newspapers, nowadays the Kremlin has a media empire at its disposal.

Its flagship, TV channel RT (formerly Russia Today) wants global audiences to “question more” 24 hours a day in six languages. It is also fully funded by the Russian government and receives weekly instructions from Kremlin. Then there is Sputnik, established by a Presidential degree to “report on state policy of Russia abroad”, with “reporting” so deliberately misleading, that it prompted the President of France Emmanuel Macron to call out Sputnik along with the RT as “agencies of influence and propaganda, lying propaganda – no more, no less”. In addition to that, there are ubiquitous online sites in Kremlin’s arsenal, which intentionally conceal their links to Russia. Not least among them  – the infamous Internet Research Agency (aka St. Petersburg’s “Troll factory”),  which was at the centre of Russian attempts to influence the public opinion on social media before the 2016 US Presidential election.

With time-tested methods and ample modern tools, the Kremlin relentlessly pursues the strategy of “divide and rule” – to break alliances, turn individuals, social groups and countries against one another and weaken the West in a classic zero-sum game approach.