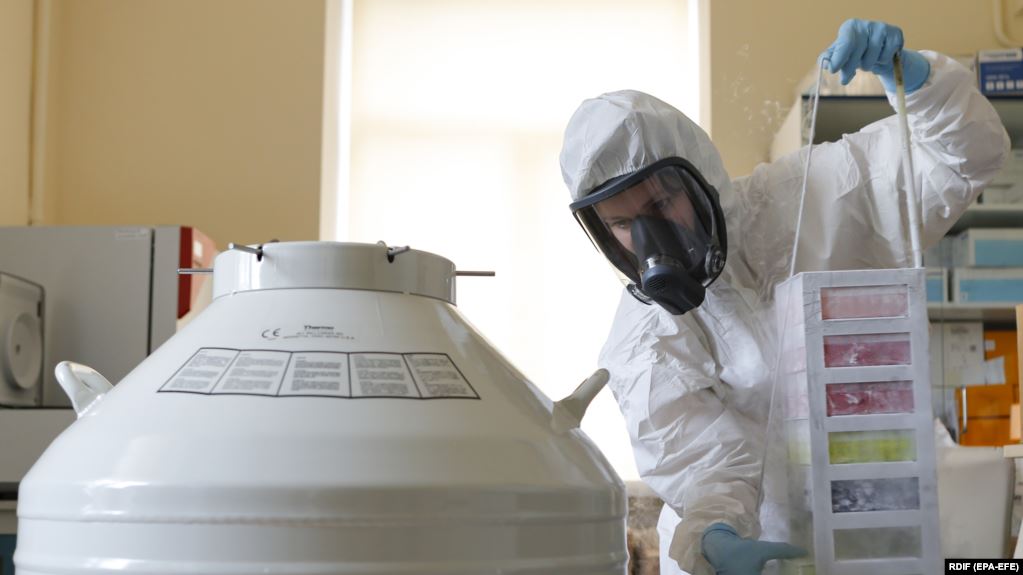 “On 11 August, Russia announced the world’s first vaccine for COVID-19, named ‘Sputnik V’, in a bid to curb the pandemic that has currently killed over 737,000 globally,” the article opening reads.

“International observers detail why the breakthrough development has been met with either silence or rejection from the Western press.”

The claim of “silence or rejection” is false.

A simple search on Google shows that virtually all major Western publications reported that Russian authorities had approved the Sputnik V vaccine. Some also accurately raised questions about unfinished testing and lack of data on the vaccine’s efficacy.

As Polygraph.info noted in an earlier fact check, concerns that the vaccine had not yet begun Phase 3 testing were echoed by Russian scientists and media. Phase 3 testing typically takes months and involves thousands of patients who are randomly picked to receive either the trial vaccine or a placebo.

For example, several Russian pharmaceutical companies asked the country’s Ministry of Health to postpone the vaccine’s approval until more testing could be done.

Even TASS reported there was “no consensus of opinion about Sputnik V vaccine’s readiness for mass use.” The Russian state news agency cited Svetlana Zavidova, executive director of the Association of Organizations for Clinical Tests, who expressed doubts that sufficient testing had been conducted.

“Regrettably, the history of vaccine development knows episodes, quite high-profile ones, when a poorly-tested vaccine was used to cause serious immunobiological reactions provoking a disease, ” Zavidova told TASS.

The patients Zavidova refers to are participants in an early test, when 38 out of 76 volunteers reportedly developed antibodies against the SARS-CoV-2 coronavirus after receiving the vaccine. Results of these early trials have not yet been published.

TASS also quoted Tatiana Kusaiko, a member of the Federation Council (the upper house of Russia’s parliament) and holder of the title “Honored Doctor,” saying she believed the vaccine had been sufficiently tested and that she would take it herself.

The TASS article shows that concerns about the lack of testing were not limited to Western “mainstream media” and do not amount to “rejection” due to “sour grapes.”

Russia officially registered the Sputnik V COVID-19 vaccine on Aug. 11. That same day, Russian President Vladimir Putin claimed one of his two adult daughters (he did not specify which) had received it.

The vaccine was developed by the Gamaleya Research Institute of Epidemiology and Microbiology, and was reportedly based on previous work with vaccines used to treat the Ebola virus and Middle East Respiratory Syndrome (MERS).

The World Health Organization (WHO) has so far not listed Sputnik V among COVID-19 vaccinations currently in advanced human trials, stating that there still isn’t enough information available. WHO is reportedly working with the Russians to learn more.

Phase 3 testing for the Russian vaccine was scheduled to begin on Aug. 12. Because of their size and duration, Phase 3 trials can uncover important side effects that are not apparent in more limited early human vaccine trials.