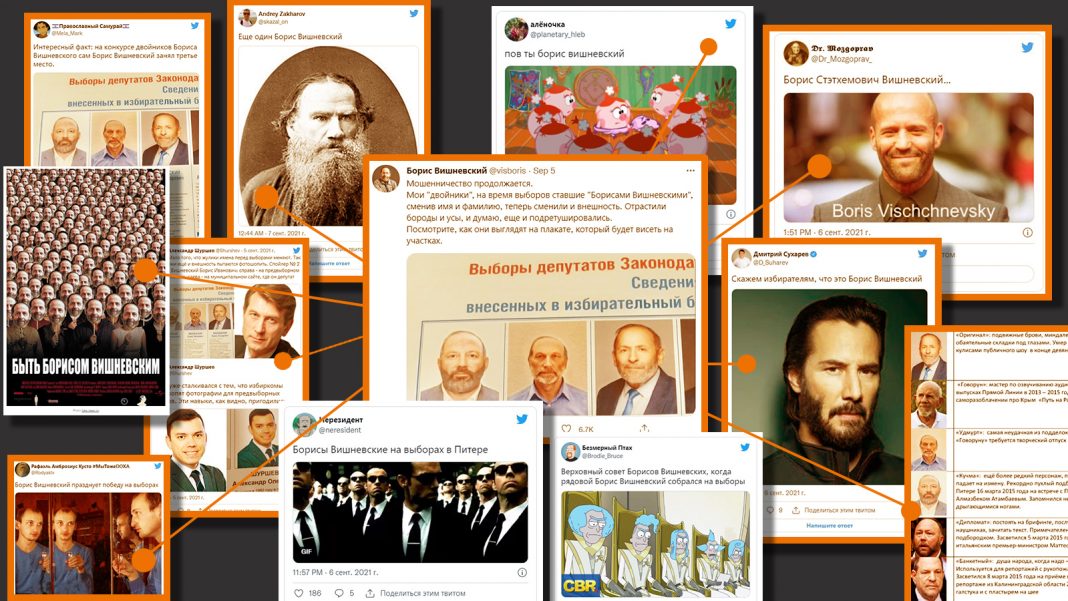 or Disinformation in the Very Name of a Candidate

Russia’s constitution is democratic at is very core. It was adopted after a referendum in 1993 and reflects the experience from 70 years of Soviet totalitarianism, terror and repression. Chapter 1 states that elections are the supreme direct expression of the power of the people. Article 13 forbids attempts to introduce a “State Ideology”. Chapter 2 underscores the rights of the individual, the citizen’s protection from state repression.

The Russian bureaucracy, the oligarchs and the Kremlin leadership are trying in concert to curtail the constitutional rights and freedoms of the Russian people, attempting to manage democracy. Managing information is essential. The term for mass media in Russian is “means for information of the masses”. Disinformation has found a particular role and Russian state media is tightly controlled. The concept of independent, public service media keeping a critical eye on power and authorities bloomed but later faded in the early 2000s.

The cornerstone of democracy is the right to dissent – to express discontent with the rulers. The Kremlin is attempting to exploit elections as a demonstration of loyalty to the sovereign. The Russian constitution is an obstacle for the rulers, and everything is done to control the voting process.

Alexei Navalny did not attempt to create a party or suggest himself as a candidate for the Duma elections. His campaign, Smart Voting, was an attempt to use the Russian people’s constitutional right to express their opinion by voting. Navalny’s team identified candidates with a chance to compete with unpopular representatives of the Kremlin’s puppet party, United Russia. The Smart Voting campaign supported Nationalists, Communists, Liberals… any candidate with a hint of a chance. Through Smart Voting, several United Russia candidates were sent packing.

The Empire struck back, of course. The attempt to assassinate Alexei Navalny, the violent crackdown on popular protests in January 2021, a Kremlin crusade against independent media and dissidents… All those elements are parts of the Kremlin’s attempt to mould a controllable, loyal parliament.

Still, the constitution exists and the Kremlin has not managed to silence Russia. There are several candidates still facing off against the rulers. One of them is Boris Vishnevskiy in St. Petersburg, Russia’s second largest city and hometown of Vladimir Putin. Vishnevskiy has managed to coax his candidacy through all the obstacles and represents a voice of dissent. His is a perfectly legal candidate, both in the election to the St. Petersburg City Hall and the Russian parliament, the State Duma. He is well-known in St. Petersburg and he actually has a chance to be elected.

So the authorities are using another trick up their sleeve: Doppelgängers. This approach is not unheard of in Russian electoral history, but in Vishnevskiy’s case, not one, but two Doppelgänger (Trippelgänger?) have emerged on the ballot, all with similar age, haircuts and beards – only the middle names differ. The voters are offered an entire smorgasbord/horn of plenty of Vishnevskiys, though only one of them is the real deal.

This way manipulation is taken to a new high: the name itself is the disinformation. This crude (and possibly efficient) attempt to confuse the voters has attracted the attention of the Russian social media. Portraits of historical figures, celebrities, action heroes – all with the caption “Boris Vishnevskiy”.

The results of the Duma election were, according to sources in Russian media, already decided more than half a year ago. Russian courts have managed to forbid the use of the phrase “smart voting”, since a wool-producing company claimed copyright on the term. “Smart Voting” caused panic in the Kremlin, attempting to outsmart democracy.