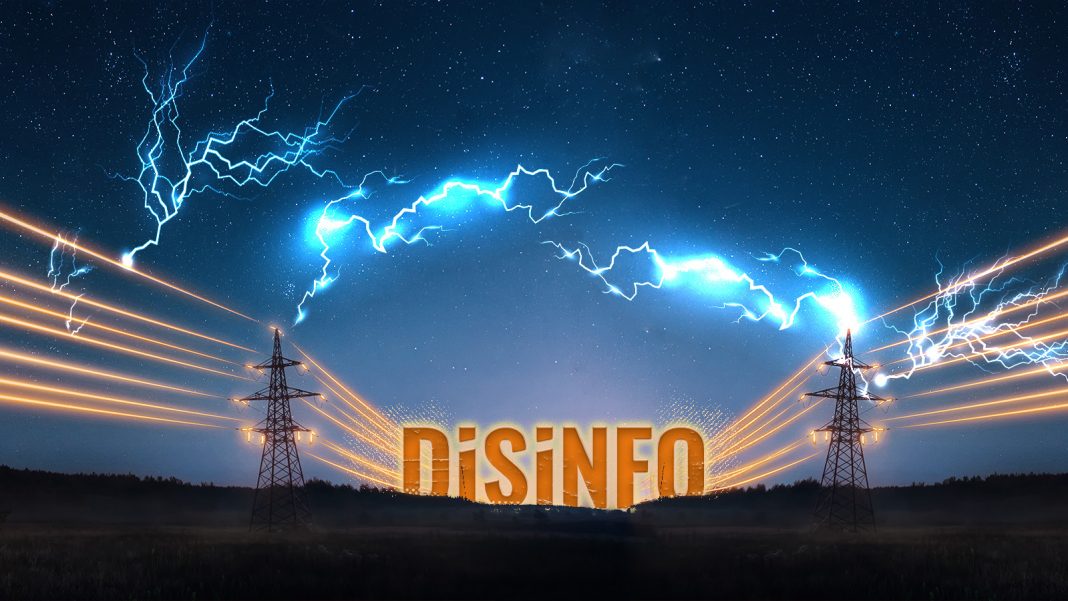 The phrase ‘smoke and mirrors’ refers to a 19th-century illusion that magicians used to project an image in the air. Since then, it has come to mean chicanery and deception.

Since Russia’s full-scale invasion of Ukraine on 24 February 2022, Russian state and pro-Kremlin outlets have been active in spreading disinformation related to energy – all in an effort to hide Moscow’s attempted blackmail with energy supplies to obtain Western political concessions: the lifting of sanctions or pressure on Kyiv to accept Russian demands. In this campaign, three types of disinformation claims stand out.

The first narrative claims that Western sanctions on Russia should bear the blame for rising energy prices this winter. Some outlets, in particular RT, specifically blame ‘Brussels’ for the European energy woes while Russia bears no blame for the consequences of its unprovoked and illegal attack. Sub-narratives claim that sanctions are ineffective: they are strengthening Russia and are destroying EU economies.

Kremlin-affiliated outlets rarely call outright for repealing the sanctions, perhaps because Kremlin propagandists allege that they are strengthening Russia or harm Europe more than Russia. When pro-Russian outlets raise the prospect of sanctions relief, they tend to frame it as the ‘EU returning to responsible politics’ or ‘helping Europe, while Russia is indifferent’.

Handling sanctions in the mirror cabinets of Kremlin narratives is a tricky issue. In private meetings, Russian officials demand western sanctions on Russia be lifted and often frame it as a pre-condition for agreeing to this or that: back in August(opens in a new tab) they said that the EU’s technical sanctions on equipment should be lifted before gas could be supplied again through Nord Stream 1 (still not sabotaged at that time). In fact, the Russian obstruction in July gave a forewarning that the Kremlin was bent on shutting supplies off and using gas as a political weapon.

The second narrative: no alternative to ‘reliable Russia’

The second major narrative asserts that the EU has few if any alternatives to Russian fossil fuels for meeting its energy demands. Sub-narratives include claims that the transition to renewable energies is responsible for energy inflation and that the US has opportunistically benefitted from Europe’s crisis through sales of liquid natural gas (LNG).

The third narrative alleges that without Russian gas, European countries will freeze during winter – forecasting widespread protests that are supposed to spark chaos in European streets and could even overthrow EU governments and the EU itself (like during Covid-19 when scattered protests were used to dream up the collapse of the entire EU system). Where protests have taken place, pro-Russian outlets have enthusiastically coveredcalls to end EU sanctions, giving the impression that such protests represented a dominant sentiment in Western societies. This is a classic Kremlin tune: ‘the people vs the elite’.

Moreover, French-language outlets stressed that rising energy prices are inspiring or restarting the Yellow Vest protests. RT and others elaborated on the potential for protests in Germany. Belarusian regime commentators claimed that normal German supply chains have broken down and people are resorting to firewood to heat their homes.

A favourite tactic of manipulation is showcasing selected European politicians or protesters calling for an end to sanctions and pretending that this is- representative of the prevailing mood. Putin tries to engage in wedge driving between EU Member States and different consumer groups by claiming that Russia is ready to resume gas exports through the Nord Stream 2-pipeline, presenting Russia as a ‘reliable energy partner’. This ‘reliability’ doublespeak stands in stark contrast to Russia’s bombing campaign targeting especially Ukraine’s energy infrastructure.

Nowhere does the Kremlin try to use gas as a weapon more enthusiastically than in its neighbourhood. Moldova is an example. Pro-Russian outlets regularly publish articles claiming Moldova will fall into an ‘abyss’ without Russian energy imports and that joining a common EU procurement platform for fuel would somehow abrogate Moldovan sovereignty.

Note the neat inversion of responsibility: Russia, not the EU, is abrogating Moldova’s sovereignty by pressuring the country to continue accepting its gas. The Kremlin accuses the EU of Russia’s own sins while claiming to be Moldova’s friend, protecting it from the ‘big, bad EU’. With friends like these, who needs enemies?

At home, a conspiracy of silence

Inside Russia, narratives about the energy crisis are not much different from narratives directed outwards. Internally and externally, the unspoken rule remains whatever happens, blame the West. Deny any responsibilities for Russia’s own actions. Portray Russia as the victim of ‘Western pressure’.

One wrinkle in the narratives asserts that Westerners are suffering far more than their Russian counterparts are. Examples tend to be blown out of proportion, suggesting the end of social order, with people including small businesses and farmers outraged at the size of their energy bills.

On EUvsDisinfo, we have debunked these narratives. As pointed out, the EU’s sanctions packages target Russia due to its illegal aggression against and occupation of Ukrainian territories. Responsibility for rising prices, then, cannot be divorced from Russian actions. We note that a recent study from Yale University finds that ‘sanctions are catastrophically crippling the Russian economy,’ rather than strengthening it.

Despite cuts in gas flows through Nord Stream 1 and 2 due to sabotage, Europe is prepared for this winter(opens in a new tab). We also note that the Russian invasion of Ukraine has destabilised other essential products, global food markets and driven up prices due to the increased costs of production, transport, distribution and Russia’s destruction of Ukrainian crops, fields and seaport facilities for export.

Regarding the accusation that the EU has no substitute for Russian gas, we point out that EU countries have committed to diversifying their energy supplies and reducing gas demand by 15% this winter. EU underground gas storage is currently at over 91% of capacity, well ahead of the 1 November-deadline set for achieving 80%.

As to the Russian claim that sanctions are so unpopular and people want Russian gas, we note that a Eurobarometer survey released on 6 September showed that 86% of Europeans surveyed wanted to reduce the dependency on Russian sources of energy, 87% wanted the EU to invest in renewable energies and 78% supported the EU’s sanctions on the Russian government, companies and individuals. Given Russia’s actions over the last months, in particular the horrific atrocities, more bombings of civilians and naked attempts to destroy Ukraine, people seem to understand the Kremlin’s energy blackmail. Nothing suggests this perception has changed fundamentally. Keep calm!