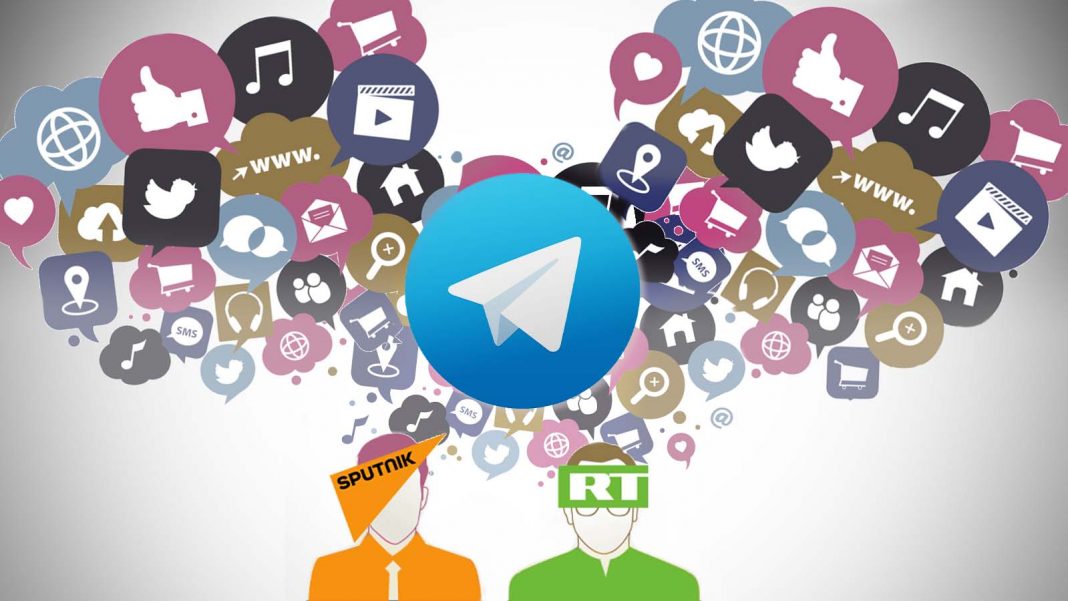 Different language versions of RT and Sputnik have created 30+ Telegram channels and have been actively promoting some of them for months, resulting in a 37 per cent increase in subscribers in 2021 alone.

A wind of change has swiped across social media in recent times. First, major platforms like Twitter, Facebook, YouTube and WhatsApp embarked on changes on their terms of service, leading to greater moderation and labelling of the content on their platforms. Secondly, in the first months of 2021 a row over privacy, freedom of expression and access to information online prompted an explosive rise of subscribers to Telegram, a Russian-built and mostly unmoderated micro-blogging platform, presented as a safe haven and a popular medium.

Pro-Kremlin outlets seized the opportunity to build their clout on home ground. Some were already active on Telegram; others decided to quickly hop on the bandwagon. The Telegram channel of Sputnik Germany (SNA news) started posting in December 2020, Sputnik International was established on 15 January this year, followed by Sputnik Italy, RT France and Sputnik France, raising the total of Telegram channels operated by different language versions of RT and Sputnik to over 30 by the end of August.

In parallel Sputnik and RT started an intense cross-platform promotion: within 6 months RT International posted 2,600 tweets inviting users to join them on Telegram. Different language versions of RT and Sputnik published over 9,000 Facebook posts altogether that included a link to their respective Telegram presence and a call to follow the channel.

To additionally convey the message, banners, sidebars, or special menu buttons were added to the websites of different language versions of Sputnik and RT. Out of the 30 Telegram channels we analysed, 15 were advertised in such a way.

Within 8 months these efforts had resulted in a 37 per cent increase of RT/Sputnik Telegram audience: RT International gained 95,300 new subscribers, RT Spanish 48,700 and RT Russian 23,700. In total, the 30 analysed Telegram channels reached a combined audience of 696,480 subscribers.

As for the reach of content posted on Telegram this year, RT Russian amassed 466 million views, followed by RT International with 154 million.

While these numbers may seem huge, the Telegram channels of RT and Sputnik are still dwarfed by their established presence on more popular social media platforms. For example, the combined Facebook audience of all language versions of Sputnik alone counts more than 6 million users. In other words, these mere 700,000 subscribers make Telegram a completely marginal platform in terms of fan base.

So why pursue it? One explanation would be that the readers of pro-Kremlin outlets are questioning the usability of mainstream social media outlets, moving to new platforms where their informational needs have to be met, too. While the Telegram audience remains small for the moment, the growth rate of subscribers has been steep, and the number of views is not insignificant either.

Another motivation to diversify their social media presence lies in the fact that every social media platform has its own set of rules and policies and their own way of enforcing them. With YouTube deleting RT’s German-language channel for violation of its community standards, every new platform comes handy to advance the Kremlin-controlled messaging and disinformation. This is already visible: RT Germany published a Facebook post thanking people for massively subscribing to its Telegram channel. And there was plenty of reason to be euphoric in the newsroom: the number of subscribers of the official, verified Telegram channel @rt_de increased by almost 100 per cent, with 10,400 new subscribers within just 24 hours.