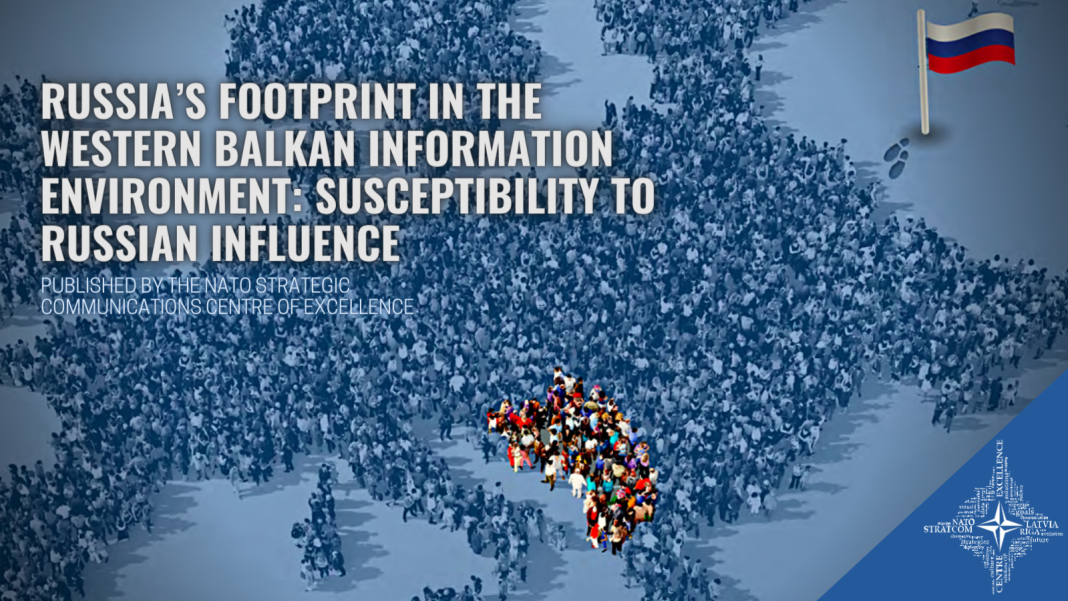 Kremlin-funded Sputnik has a limited reach in the Western Balkans, but the outlet has found a means of using local media for spreading its content. This is how a recent study of the NATO Strategic Communications Centre of Excellence in Riga summarises it:

“Opinion polls and media monitoring tools do not place Sputnik Serbia among the region’s top media outlets. However, according to local experts, it is by large the most inﬂuential Russia affiliated media outlet in the Western Balkans, mostly due to distribution of its content by local media”.

The study analysed Russia’s influence in the information environment of the Western Balkans. It was initiated in 2019 and published in late October this year.

One of the channels exploited to spread pro-Kremlin narratives and disinformation is Sputnik Srbija. Operating from Belgrade since 2015, it publishes in Serbian both in the Cyrillic and Latin alphabets.

To better understand the role Sputnik Srbija plays in the region’s information environment, the NATO StratCom CoE not only analysed the narratives it promotes, but also tracked how the content it produces is distributed or republished by other Western Balkan media.

To this end, the NATO StratCom CoE undertook a comprehensive audience study which provides better understanding of media consumption habits across the region, analyses the susceptibility of WB audiences to mis- and disinformation, and tests specific narratives promoted by the Kremlin.

The research also indicated that previous political views are important. Those who are more inclined to believe in anti-EU and anti-NATO narratives stated that they follow RT and Sputnik more often. In addition, Sputnik and RT are more often chosen as news sources by those international media followers living in part of BiH’s Republika Srpska (RS) and by ethnic Serbs; and by those who oppose EU membership and those in favour of Russia as a foreign policy partner.

The research traced which outlets republish Sputnik content and found that the most frequent re-publishers of Sputnik Serbia content included local outlets in Serbia, Montenegro, BiH, and Kosovo, some of them even public service broadcasters such as RTRS, the public service broadcaster of the Republika Srpska entity. The opinion poll further showed that RTRS viewers more frequently can be found among those who oppose any form of relationship with NATO and prefer closer cooperation with Russia and China.

At the same time, none of the Kosovo-based outlets identified in the CoE study come up as most-visited outlets in the IPSOS public opinion poll. However, the data indicate a clear difference between Kosovo ethnic Serbs who consume news in Serbian and mainly from Serbian media outlets and ethnic Albanians who consume news in Albanian.

When it comes to the research on susceptible audiences, no specific age group was determined to have more favourable attitudes towards Russia and the narratives it promotes. However, the research identified several trends. At the country-wide level, residents of Serbia expressed the highest levels of support for the tested anti-Western narratives, while in Albania and Kosovo those narratives were the least likely to gain traction.

The people of Serbia also demonstrated more favourable attitudes towards Russia than the rest of the region when asked about “preferred foreign policy partner”, “main foreign supporter”, “factor of peace, stability and security” and the overall assessment of current relations.

At a more granular level, ethnic Serbs across the region (in BiH, Kosovo, and Montenegro) were shown to be more supportive of anti-Western narratives and are more likely to prefer closer relations with Russia and China than with NATO and the EU. Also, those prone to believe in conspiracy theories (tested on COVID-19 statements) were shown to be more likely to believe in pro-Kremlin narratives.

While this research project focused primarily on Russia, China kept emerging as a favoured partner across the region (except in Albania and Kosovo). Based on the public opinion polls conducted as part of this research, China was the top preferred foreign policy partner in Serbia.

An additional finding is that although China’s involvement in the Western Balkan countries has increased considerably in the past years, it has not been recognised as exerting influence on local public opinion as do the US, Serbia, Russia, the EU, NATO, and Germany. China’s activities proved to be largely viewed in a positive or neutral light, the research indicated, and its intentions in the region are currently not being questioned nor are they perceived as threatening.

When it comes to local reliance to information manipulation, the public opinion polls showed that people in the Western Balkans (although to a lesser extent in Albania and Kosovo) mostly recognise mis- and disinformation as a threat that can manipulate public opinion. Many people indicated paying attention to the sources of information they consume, particularly in Serbia and Montenegro.