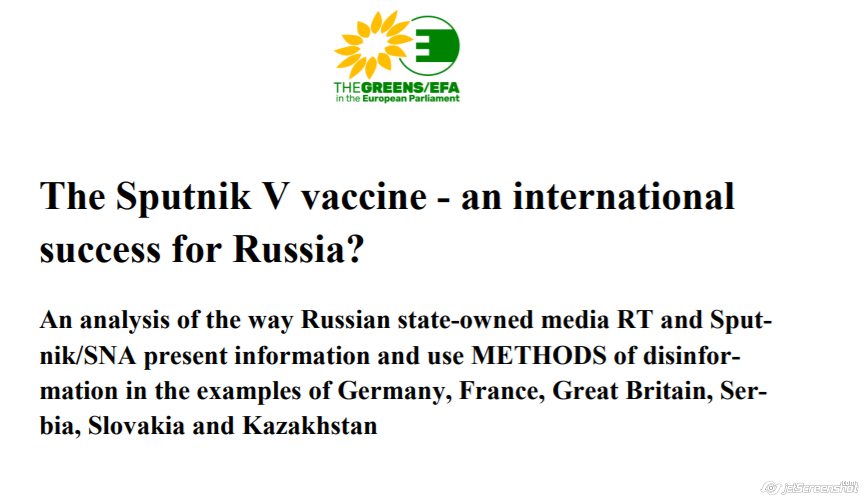 In August 2020, President Putin surprised the world by claiming to have approved the first vaccine against COVID-19. The vaccine was aptly named „𝗦𝗽𝘂𝘁𝗻𝗶𝗸 𝗩“, with the letter ‘V’ standing for Victory and reminiscent of the so-called ‘Sputnik shock’ caused by the first Soviet satellite.

The new kind of „race“ for superiority in combating the pandemics was accompanied by a information offensive and aimed at persuading as many states as possible across the world to purchase and produce the Russian vaccine. Many states in and outside of the EU exhibited strong interest in administering and producing Sputnik V.

A bit over a year after the launch of Sputnik V, MEP viola von Cramon presents a 𝘀𝘁𝘂𝗱𝘆 commissioned by the GREENS/EFA Group and conducted by Dr. Susanne Spahn to examine the Russian media campaign and its effect on six targeted countries.

An analysis explores the way Russian state-owned media RT and Sputnik/SNA present information and use methods of disinformation in the examples of Germany, France, Great Britain, Serbia, Slovakia and Kazakhstan.