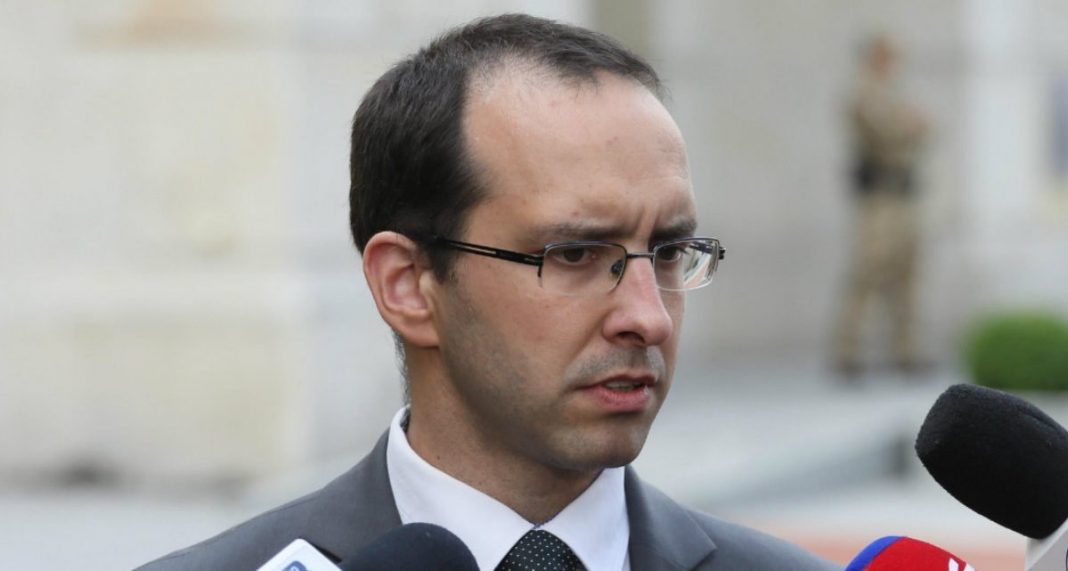 “Bucha massacre is a fake news invented against Russia”, “Russia is engaged in humanitarian aid for Ukraine’s inhabitants”, “Russian troops are welcomed in Ukraine with joy” – these are a couple of lies that in recent days have been distributed by Russian propaganda all around the globe. Such actions are being currently carried out on a mass scale, also against Poland. “Poland’s involvement in aid for Ukraine escalates the conflict”, “Poland is a war instigator”, “Warsaw’s activity may lead to world war III”, “Poland is fuelling forces that are responsible for destabilization”, “Poland is dragging NATO into a conflict” – this is only a small sample from the Kremlin’s disinformation “repertoire” that every day trickles down to the Russian society and is exported to the worldwide infosphere.

Russian disinformation attacks are systematically conducted by various actors: Russian well-known media outlets, the Kremlin’s top officials, Russian “diplomacy” and through numerous channels on social media and websites used strictly for disinformation purposes. Now, the Kremlin’s objective is to show a false image of the Russian invasion – its causes and consequences, to spread lies about the Ukrainian nation, to slander Poland and Polish authorities, to provoke chaos, to ignite conflicts and to break unity of the West on every possible level: military, economic and a humanitarian one.

Through its disinformation actions related to the war in Ukraine, Russia is trying to convince that it is conducting “a special operation” targeted at “Nazi authorities in Kyiv”, which “have taken the whole nation hostage”. The Kremlin is also repeating that it had to start its “operation” because “Ukraine posed a threat to Russia” through its works on nuclear, biological and chemical weapons. Absurd claims towards Ukrainian authorities include also accusations of alleged genocide perpetrated systematically for 8 years on Russians and Russian-speaking people living in Ukraine. The Russian propaganda machine is so arrogant that even evident Russian crimes as the Bucha massacre, it deceitfully attributes to Ukraine, accusing it of spreading lies and staging the Bucha crimes to slander Russia.

Actions of Russian propaganda are carried out systematically and consequently. Thanks to a large scale of censorship and an information bubble that has been built in Russia for years, disinformation is successful. Testimonies of Russian prisoners of war, that are being made public by the Ukrainian army, prove that Russians who attack Ukraine are deeply soaked in lies spread by the Kremlin. It’s the same for the Russian society that supports Russia’s actions, keeping fingers crossed for “defeating Nazis in Ukraine”. The reaction of the Russian society to the criminal war waged by Russia shows horrific consequences of propaganda applied in an utmost Stalinist style.

Russia is waging brutal war against Ukraine. The Russian army’s actions look more and more like a planned genocide. At the same time, the Kremlin infects the whole world with a lie. There is a campaign slandering authorities in Kyiv, especially personally Volodymyr Zelensky. Russia is trying to dehumanize Ukrainian authorities and to slander Ukrainians. Russia is doing so, also by influencing the Polish information space. In Poland, there are visible attempts to provoke aversion towards Ukrainians. To achieve this objective, accounts involved in Russian information warfare against Poland are spreading narratives that aim at provoking reluctance towards refugees from Ukraine, propagating false claims that Ukrainians receive better treatment in Poland than Poles do, or spreading suggestions that our country will collapse because of such a huge number of accepted refugees. This systematic campaign uses various actors. Dmitry Medvedev has recently argued that Ukrainians reaching Poland are not war refugees but economic migrants who are not willingly welcomed by the Poles. Medvedev has claimed that it is US who pay for the refugees’ stay in Poland. Another Russian politician, Vitaly Milonov, said that “there are few real refugees in this influx coming from Ukraine to Europe”. In his opinion it is “a crowd of scroungers who have dreamt of escaping Ukraine.”

Interestingly enough, actions aimed at inspiring anti-refugees attitudes are conducted through the same channels that several months ago were used to put pressure on the Polish authorities to make them accept an illegal migratory route coordinated by Belarusian security forces. What is typical for the Kremlin, it is to antagonize the society and de facto to support two opposite sides of the discourse.

Anti-refugees actions constitute only one of many threads. Poland is being attacked also by different means. Russian propaganda is accusing Poland of inciting war, escalating tension, dragging NATO into the conflict and also being a vassal to the US and Great Britain who are supposed to use Poland in their aggressive actions against Russia. For years, we have been also accused of Russophobia and portrayed as an obstacle to the “normalization” of the West-Russia relations. Such attacks have been continued until today.

False claims that Poland would possibly take control over the Western Ukraine are being also constantly repeated. The alleged territorial ambitions of Warsaw have been recently commented on by a political scientist Andriei Shkolnikov who has stated that “Poland has the biggest appetite” to “take a little bit for itself.” According to another propagandist, Konrad Rękas, Poland “is only waiting” to take the Western Ukraine towards which it has been holding territorial claims for years. According to this narrative, Poland is supposed to profit from the chaos in order to take away not only a part of the Ukrainian territory, but also a Russian one – in this context claims regarding Kaliningrad are being mentioned. Also Medvedev’s statement that “the Ukraine’s territory should be a desirable target for Poland” are in line with this disinformation narrative. His word were then quoted by numerous news services.

Russia is using information tools also in order to convince the West that the policy of sanctions is pointless. Propaganda centres indicate that sanctions are the most harmful for the European Union, including Poles and Poland. According to the Russian propaganda, the EU’s citizens are increasingly annoyed, which may lead to some citizens’ movements on a large scale. Russian media inform about increasing prices in Europe, about a huge demand for food products that are more and more often out of stock and about more frequent queues, for example in Germany or in France. Such actions are supposed to strengthen Russian propaganda, which is trying to hide the real reasons behind imposing sanctions. It is also a form of forcing the West to abandon sanctions. This pressure is amplified by the Russian MFA spokesperson Maria Zakharova, who has stated that implementing new anti-Russian sanctions by Europe would be advantageous only for the US and Washington would make profits out of the EU whose capital would no longer flow to Russia. The Ambassador of the Russian Federation to the UN has warned in turn, that any attempts to isolate Russia would end in a worldwide crisis of a “historic scale”.

Disinformation on the web

Russia’s propaganda actions, including disinformation targeted at the West, are being carried out through different channels and by various means. Within its Internet activity, the Kremlin has created many mechanisms designed to infect public opinion. The objectives of Russian propaganda are planned to have long-term effects that would change the way the attacked societies think about domains that are crucial to Russia and paralyse those states and societies that want to make decisions and take actions against the Russian policy.

Stanisław Żaryn is the spokesperson of the Minister-Special Services Coordinator, National Security Department at the Chancellery of the Prime Minister of Poland