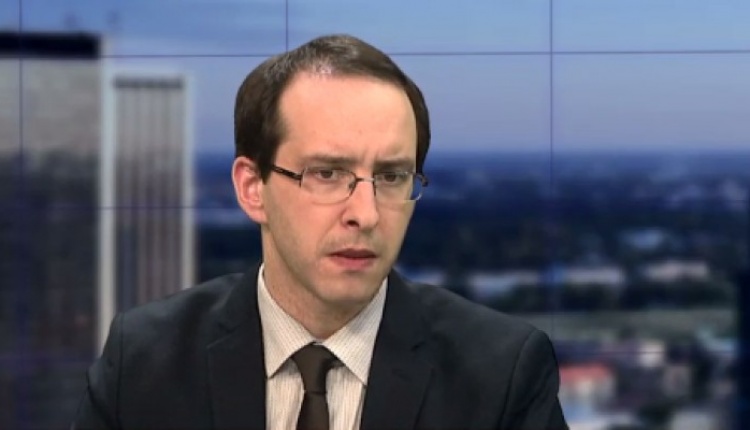 The year 2020 was marked by intense information warfare activities against the image and the interests of Poland. The Polish intelligence services attributed these attempts to both state and non-state actors.

First and foremost, it was Russia that redoubled its propaganda and disinformation efforts. Although the Kremlin has been waging systemic, aggressive information warfare against Poland for years, 2020 saw a dramatic surge in these activities. The hostile narratives were pushed by the Russian state institutions and entities, including top officials, as well as media outlets controlled by or obsequious to Moscow. They were spread across different language areas, with the Russian-, English-, and Polish-speaking audiences being prime targets. What is more, the impact of some disinformation and propaganda campaigns per se was amplified by hacking and cyber-intrusion operations.

Russia’s repeated information warfare efforts targeted against Poland involve: smearing Warsaw on the international arena, undermining Poland’s relations with neighboring countries and partners, destabilizing its military cooperation within NATO, stirring up hostilities between Poland and the U.S., attacking the Polish energy policy, ridiculing and downgrading the Polish Armed Forces, labelling Poland as being steeped in anti-Russian sentiment, and blaming it for the decline in the relations between Russia and the West. But in 2020, on top of the narratives in “everyday use”, Russia heavily exploited the issue of the COVID-19 pandemic. In the disease the Kremlin smelt an opportunity to escape its international isolation. Hence, Moscow spread a message that in view of the disease and the resulting global recession, the West and Russia must get on with each other and resume cooperation “on normal grounds.” By this Russia meant the lifting of sanctions rightfully imposed by western countries in response to the annexation of Ukraine’s Crimea and the occupation of the country’s eastern regions that followed. So the information warfare activities the Kremlin undertook amid the pandemic were designed to force the West to condone Russia’s violence against Ukraine.

In 2020, the Kremlin also made repeated attempts to undermine the allied cooperation, and particularly the presence of U.S. troops on Polish soil. The special services of Poland reported an increased propaganda and disinformation activity from eastern direction targeted against last year’s military drills hosted by Poland – the DEFENDER-Europe 20 (and related exercises) and TUMAK-20. In the most hostile variant, Russia portrayed these initiatives as a prelude to NATO’s invasion on the Kaliningrad oblast or Belarus or as the manifestation of the Alliance’s de facto aggressive nature. Other bogus narratives suggested the drills meant giving up power by Warsaw to Washington. On the other hand the allied exercises were presented as the rationale for Russia’s redoubled military modernization efforts. (By the way, the beginning of Russia’s campaigns of this kind dates back to the very moment NATO decided it was going to strengthen its Eastern Flank). Quite unsurprisingly, since 2020 brought us COVID-19, Russia weaponized the pandemic-related narratives to use them against the exercises. And so, Russian propaganda would suggest that the joint exercises increased the risk of contracting the disease by local communities in Poland. It would go on to say that even faced with the pandemic, NATO could not help itself to provoke Russia. Western decision-makers were also accused of playing with the lives of the troops and personnel taking part in the maneuvers. There were also attempts to depict the Polish Army as paralyzed and immobilized by the scale of the outbreak.

As in the previous years, last year Russia also made significant efforts to falsify history with the aim to whitewash its own past and make the world believe the Soviet Union had no dark sides whatsoever. The 75th anniversary of the liberation of the German Nazi concentration and extermination camp Auschwitz-Birkenau as well as the 75th anniversary of the end of WWII provided a good – according to the Kremlin’s twisted logic – opportunity. Russian propaganda exploited these dates to accuse (as usual) the prewar Polish government and society of antisemitism and collaborationism. Then there were complaints about Poland being ungrateful to the Red Army for having “liberated” the country from the German occupation, which, by the way, is an utter nonsense, as the communist rule that came with the Soviets turned out to be yet another occupation. The year 2020 marked the revival of the Soviet-era narrative putting the blame for the Katyn Massacre – a mass killing of 22 thousand Polish military officers and members of the country’s elite by the Soviets in 1940 – on the Germans. Other manipulations included blaming Poland for the outbreak of WWII and accusing the contemporary Polish society of lack of respect for the burial sites of the Soviet soldiers, and an unjustified, historically motivated hostility to Russia.

A new feature of the anti-Polish information warfare efforts from the eastern direction in 2020 was the launch by the regime in Minsk and the Kremlin of a campaign aimed to smear Poland in the eyes of the Belarusians. Both state actors worked hand in hand to suggest that Warsaw was inciting and controlling the opposition-led protests in Belarus that had erupted after the much-contested presidential election. They went as far as pushing a narrative that Poland was waiting for a good moment to seize a part of the territory of Belarus. Russian and Belarusian propaganda jointly claimed that Poland posed a threat to Belarus and its people. This “cooperation” continues.

In 2020, the Polish special services saw anti-vaccination and anti-5G movements raise their heads. They stepped up their disinformation efforts encouraged by the pandemic. They preyed on people’s fears and uncertainties with the aim to stir these feelings up. “Anti-vaxxers” spread (and still do) a narrative  that the anti-COVID-19 vaccine was more dangerous than the disease itself. But according to some of the most ridiculous, yet viral, claims the vaccination programme served to surveil the whole societies or exterminate the entire populations of healthy subjects. The anti-5G groups exploited the same concerns and pushed similar narratives, stressing the hazards to human life caused by this technology. Quite interestingly, the agendas of both movements were pushed by the same entities and channels of communication that usually identify with and pick up the narratives promoted by the Kremlin.

Last year was marked by intense information, disinformation and propaganda activities. It is common for such efforts to be taken over an extended time horizon and designed to achieve long-term goals. Therefore, coordinated information warfare campaigns will surely remain a challenge for the Polish authorities in 2021.