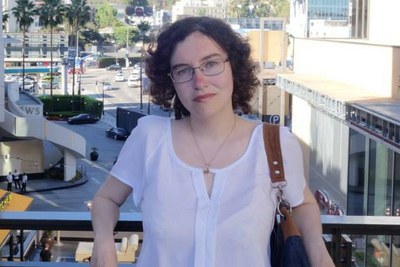 The Russian opposition and Western analysts have pointed out repeatedly that Russia’s authorities are actually a “Chekist clan” – former KGB officers who obtained control over the country’s basic resources. As Ukrainian journalist Vitaly Portnikov noted in one of his latest articles, recent revelations by Alexei Navalny and the report of a Spanish prosecutor have both exposed one more connection of the “old” Russian security forces: with the mafia, writes Kseniya Kirillova for Euromaidan Press.

“The Russian mafia group emerged in Spain in 1996, that is, three years before the emergence of Vladimir Putin in Russian politics. Meanwhile, among those who have been associated with the Mafia are almost all known people from Putin’s entourage, the so-called Lake Co-operative and all of the inner circle”, says Portnikov.

“Once, a high-ranking security officer told me with a sigh that after the liquidation of the Communist Party his colleagues from the KGB thought that now, after the party has “evaporated”, all the power and all financial flows are their own. However, the officer said, they then faced with strong pressure from the criminal world. Now we can say that the KGB did not deal with the criminal world the same way they struggled over the years with the party apparatus. They chose to be part of the criminal world, because the main objective of the security officers and the criminals – power and money – fully coincided,” says the publicist.

The connections that that gag

While the connections between organized crime and the KGB today are not an open topic for discussion in Russia, but even supporters of the current government would not deny that after Yeltsin’s resignation the “security officers” were able to monopolize both resources and positions in Russia. It is ironic that rampant crime, gangsterism, “new Russian” mafia showdowns and all other ugly realities of the so called “the wild 90s” are still associated in the minds of the ordinary Russians only with reforms, democracy, and the West. At the same time, the newly revealed facts suggest quite the opposite: in the 1990s those associated with crime most closely were not young reformers but the people of the former Soviet KGB, which is now idealized by Kremlin propaganda. At the same time the West itself was not at all pleased with this symbiosis: Western countries do not control the process of criminalizing the elites in Russia; and moreover, they themselves have suffered from it.

However, in recent years  books (both fiction and non-fiction) have often appeared in the United States describing how the Russian thugs, who gained their veneer of respectability, are laundering the money in European and American banks they acquired in illegal ways,. The books also reveal how that the thugs were building their agent network even in the pre-Putin era. Through these recent revelations, we know that the actions of these agents are directed primarily against the West itself, in order to discredit and corrupt its basic institutions. These people acted under democratic and pro-Western slogans, but with the aim of deceiving and damaging the West in anticipation of revenge, which we see today.

Nevertheless, Kremlin propaganda has succeeded in making the majority of Russians firmly associate crime with the reforms, the reforms with democracy, democracy with the West, and the West itself solely with the CIA. Therefore, many sincere patriots firmly believe that there are “CIA agents” who plundered Russia, while in fact they were mostly “KGB agents”. This false association largely explains why Russians are so afraid of a return to the ‘90s and are so hateful of the West.

The best success of the Kremlin propaganda has been the creation of false associations, stereotypes and patterns that the Russian government then skillfully uses. Perhaps, these false “templates” are the core of the Russian propaganda. Inspired false associations are so strong that their influence is felt even among Russians living abroad. It seems to me, that this propaganda pattern creates a significant number of supporters of Putin, even among Russian Americans. Weak civil society traditions and underdeveloped “horizontal” relations have led many Russians to unite around foreign organizations created by the Kremlin that are in fact, affiliated with Russian consulates and missions which are under the close control of the KGB’s successor, the FSB.

One of the reasons that lead Russian expats and emigrants to unite around such organizations is a subconscious sense of guilt. Kremlin propaganda creates this sense by depicting all emigrants as “traitors”, an old Soviet stereotype that is being revived in recent years in Russia. This sense settles in the subconscious of people so deeply that creates a completely illogical guilt. As a result, for many Russians the newly acquired awareness of their conflict with the state is a fairly traumatic factor – except, of course, for those who deliberately chose the path of dissent.

Therefore, these people perceive with joy any form of association imposed by the Kremlin. Participation in these organizations’ life becomes for them an official restoration of their connection with the former homeland – they get assured that no one can call them traitors any longer. The internal dilemma is resolved, and such people would enjoy the benefits of America and at the same time feel that they are “forgiven” by Russia.

In fact, they sit on two chairs, as they would feel obliged to support the Russian government and the Putin regime in particular while at the same time demonstrating loyalty to the U.S. Very often the situation of such people is manipulated not only by Russian propaganda but by secret FSB agents who involve then in spying or having a corrupting influence on American institutions. But few people even think that this dilemma is created artificially, falsely. It would not arise at all without the efforts of their beloved Russian state.

Opponents as well as supporters of the Putin regime are captured by the patterns imposed by the Kremlin. I already wrote about the fact that many in the opposition movement succumbed to the artificial division between “liberals” and “patriots”, not even trying to defend the meaning of the word “patriotism”. Another stereotype that is enticing for the opposition is that the opposition is always, everywhere and in everything unjustly persecuted.

The feel of futility

I myself lived in Russia all my life until March 2014, and in recent years before emigrating I participated in the opposition. I know how hard it is to live in an atmosphere of harassment and slander. In such a situation a special feeling of one’s innocence is a temptation, and such feeling is not caused by personal merit, but only by the unjust and mean persecution by the political enemy. Such persecution makes it meaningless for those in the opposition to think critically about themselves, to correct old mistakes, to look for new approaches. All this becomes meaningless because in any case you would be slandered, harassed or even arrested on fabricated charges, and all that you created would be destroyed. To make the opposition meaningless is one of the aims of the government. However, the fact that criticism of the opposition in our country involved mostly  incompetent people, slanderers and propagandists (remember the recent example of the infamous Lesi Ryabtseva) does not abolish the need for criticism as such.

Moreover, the victimized consciousness often shown in the Russian opposition (of course, often not without clear reasons) is defective. It does not add any constructive ideas in the fight, but only affirms stereotypes repeatedly broadcast by numerous propagandists.

How to fight between the cracks

What strategy really could bring success in the struggle against the current regime is a strategy of breaking stereotypes. Protesting truckers, who are really fighting for their rights and cannot be labeled as any political opposition group designated as “enemy of the regime”, like so called “liberals” or “grant eaters”; soldiers and even officers, who refuse to go on Putin’s orders to another country and kill foreign citizens; police officers who refuse to disperse the protesters – all those people are free of both pro-Putin propaganda and a victimized conscience. They are free from the captivity of templates created by the Kremlin. They neither repeat propaganda, nor act in the “usual” way, even though this attitude brings them into their comfort zone.

The dependence on propaganda templates, no matter on which side, would not bring а success. Only the breaking of stereotypes by those who cannot be subjected to manipulations can lead to liberation.