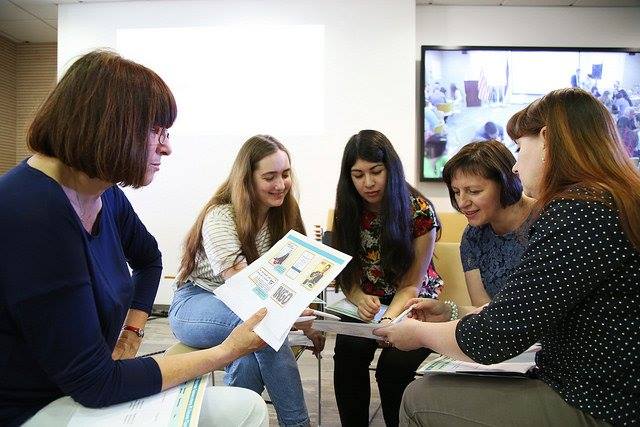 StopFake became a partner of Learn to Discern – Schools (L2D-s) project, a first-of-its-kind media and information literacy initiative. The project was launched on February 2 in Kyiv.

L2D-s aims to equip secondary school students in Ukraine with the critical thinking and media literacy skills they need to build resilience against disinformation, misinformation, and propaganda. In collaboration with the Ministry of Education and Science, L2D-s will pilot educational materials to be integrated into existing curricula at 50 secondary schools across four cities: Chernihiv, Ternopil, Mariupol, and Dnipro. StopFake is assisting in development the educational materials for school-children.

The project is funded by the U.S. Embassy in Ukraine and the British Embassy Kyiv. It is implemented by IREX, whose Learn to Discern curriculum was first piloted among the general public in Ukraine from 2015 to 2016, also in partnership with StopFake and Academy of Ukrainian Press. During that stage of the project, a handbook on media literacy was developed and 14 thousand of people participated in trainings on media literacy held in 14 regions of Ukraine.