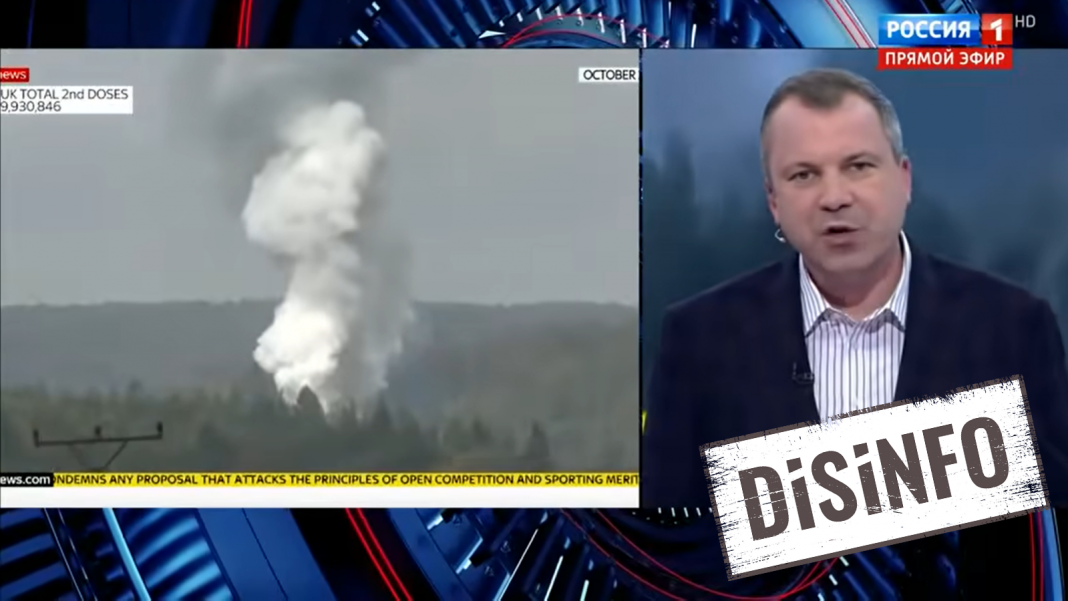 This week the Disinformation Review covers the sabotage attack in Czechia, Russia’s military build-up on the borders of Ukraine and the deteriorating health of Alexei Navalny.

Using GRU as a cover up

On April 17, the Czech Prime Minister announced that Russia’s GRU agents had been involved in the 2014 explosion of an ammunition depot. According to a report by the data analysis company Semantic Visions, this news immediately led media involved in disinformation campaigns against Czechia to turn the focus from Covid-related disinformation to the act of sabotage.

By the following day, the number of disinformation articles covering the GRU attack surpassed Covid-19 articles by three times.

The report also predicts that pro-Kremlin media will use similar tactics as seen in the aftermath of the Salisbury poisoning and the downing of Malaysian airliner MH17. Namely, multiple contradictory narratives and alternative explanations about the GRU attack could be circulated to obfuscate the results of any comprehensive investigation.

We can support this notion with examples from the Disinformation Cases Database or even by quoting a Kremlin-funded think tank: “A preventively shaped narrative, answering to the national interests of the state, can significantly diminish the impact of foreign forces’ activities in the information sphere, as they, as a rule, attempt to occupy “voids” [in the information flow].”

Based on what has been published by Czech language Sputnik and Russian TV, the voids have been filled and the prediction seems to ring true:

Navalny is puppet of the West

While the Russian military build-up next to Ukraine diverted the limelight from opposition leader Alexei Navalny, his hunger strike and being in danger of heart attack or kidney failure have brought him back to centre stage. With Western leaders backing his release and his supporters promising to hold large-scale protests, we collected disinformation narratives that are turning reality upside-down.

With more than 100,000 troops at the Ukrainian border undergoing drills and closing parts of the Black Sea to navigation, the pro-Kremlin media has to somehow explain and justify this. According to a BBC fact-check, Vesti Nedeli on TV channel Rossiya 1, presented by the EU-sanctioned Dimitry Kiselyov, used misleading footage about tanks and planes to show how the West is responsible for the upsurge in tensions. While the military equipment on the video (and the video itself) indeed belonged to the US, the aircraft landed not in Ukraine, but in Alaska and the Abrams tank rolled around in Bulgaria.

Analysing the narratives collected from pro-Kremlin media this week, our diagnosis would be dismiss, distort, distract and dismay.

It is telling that Ben Nimmo, a well-established expert in the field of countering disinformation, who now leads Facebook’s global threat intelligence strategy against influence operations, already described his “4Ds of propaganda” approach back in 2015. And it still applies today…