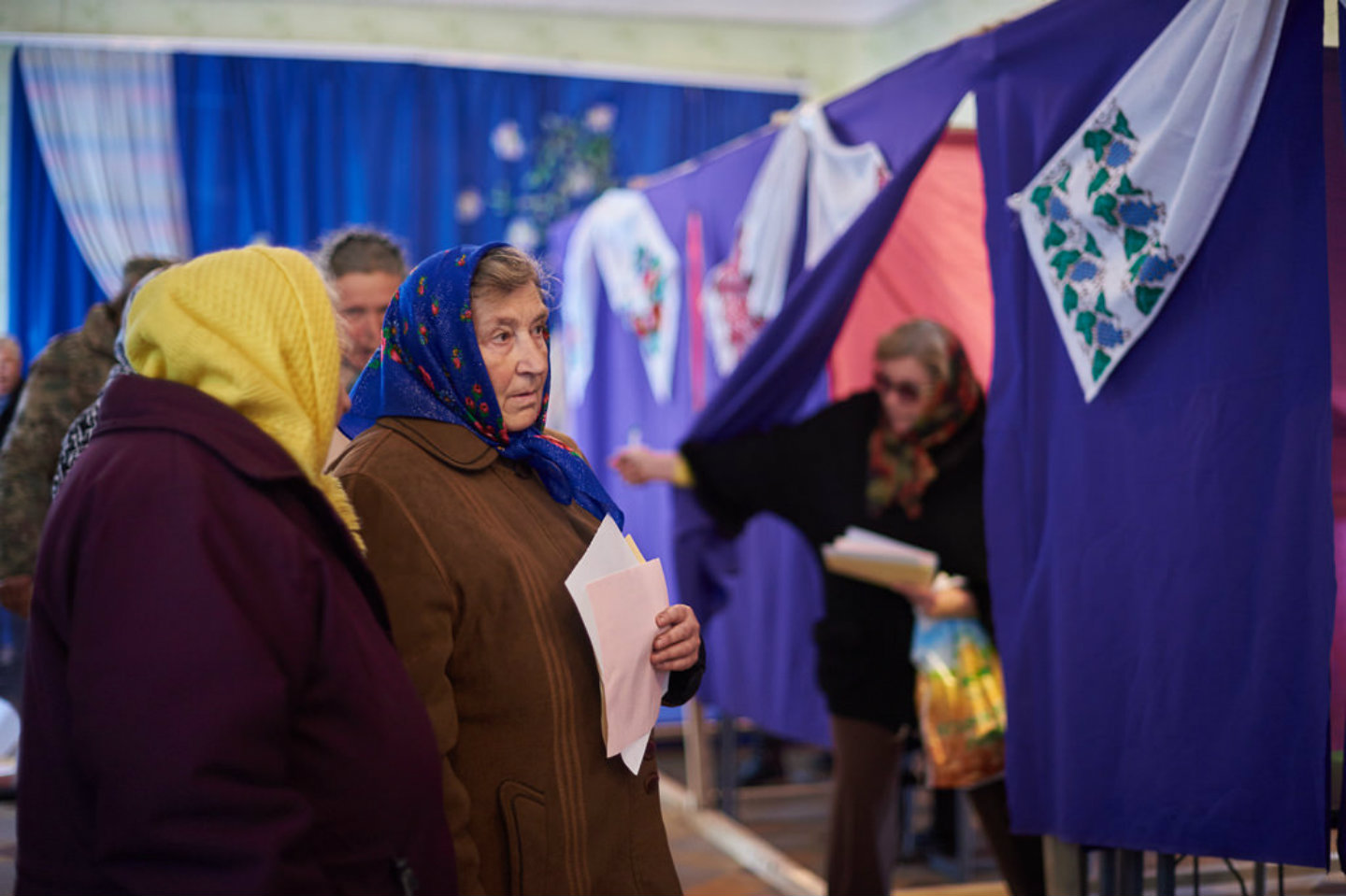 In Kyiv to participate in the 12th annual Kyiv Security Forum, I sense considerable anticipation ahead of next Sunday’s second round of Ukraine’s presidential election. By the evening of April 21, we should know whether Volodomyr Zelenskiy will replace Petro Poroshenko as president, or whether the incumbent will manage to stay in office by overcoming a considerable vote deficit in the first round.

Despite Zelenskiy’s relatively comfortable margin in the first round, we still do not know who will win on Sunday until after Ukrainians go and make their choice. As we have noted before, that speaks very well of Ukraine.

Russian propaganda, by contrast, continues to take a different approach, speaking badly and inaccurately about what is happening in Ukraine. As our partner Detector Media notes in its regular assessment of Russian television shows, the Kremlin’s propagandists keep insisting that Ukraine’s politics lack independence and that the first round of the presidential election was rigged.

In fact, as we noted last week, the OSCE’s highly respected Office of Democratic Institutions and Human Rights, the leading observer of elections in the OSCE region, assessed the first round in mostly positive terms. “Sunday’s presidential election in Ukraine was competitive, voters had a broad choice and turned out in large numbers,” it said in a press release issued the day after.

Russian propaganda also tried to interpret the results of the first round as a repudiation of everything Ukrainian, including the platform of the 2014 Dignity of Revolution and the independence of the Ukrainian Orthodox Church, as represented in Poroshenko’s candidacy. As Detector Media observes, according to recent polls, a majority of Ukrainians (54 percent), support the independence of the Orthodox Church of Ukraine; 63 percent considered Russia to be the aggressor in eastern Ukraine; and in early 2019, 64 percent thought that Ukrainian should be the country’s only official language.

As Detector Media put it, “the majority of the presidential candidates, not just Petro Poroshenko, promoted the ideas of the Revolution of Dignity, as well as Ukrainization of the country and the protection of sovereign borders.”

As our Task Force website, which maintains a running tally of Russian interference efforts, shows, Russia attempted to launch cyberattacks against the Central Election Commission’s (CEC) IT systems during the first round of the presidential election campaign on March 31, but the CEC managed to thwart these attacks. In addition, Russian propagandists predict massive falsification in the second round, much as they predicted would happen in the first. Such falsification did not materialize on March 31, and there is good reason to think that Kremlin-backed forecasts of gloom and doom for the second round will be equally unfounded.