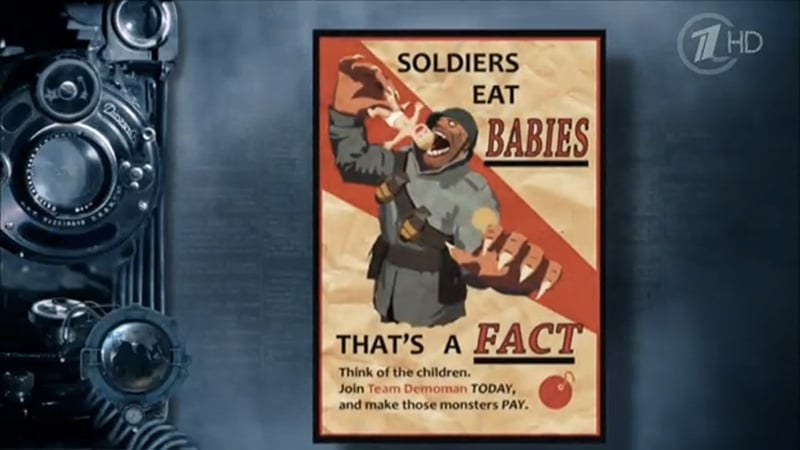 As part of an effort to show how theUnited Statesuses propaganda to influence the mindset of its citizens, a historical documentary recently aired by Russia’s Channel One offered up what it said was a First World War poster portraying German soldiers as monsters who literally eat babies. One problem: It wasn’t a soldier, it was the Soldier, and the poster is actually Team Fortress 2 fan art.

The show, which presumably came about as a result of rising tensions between the United States and Russian Federation, offered the poster as evidence of United States efforts to demonize its enemies, “regardless of any logic or common sense,” according to the International Business Times . “The American public had to firmly acknowledge that Germans were evil,” the narrator says.

And the guy on the poster certain looks evil. “Soldiers eat babies. That’s a fact,” it states, before exhorting readers to join Team Demoman, a giveaway that clearly eluded the show’s non-English-speaking creators.