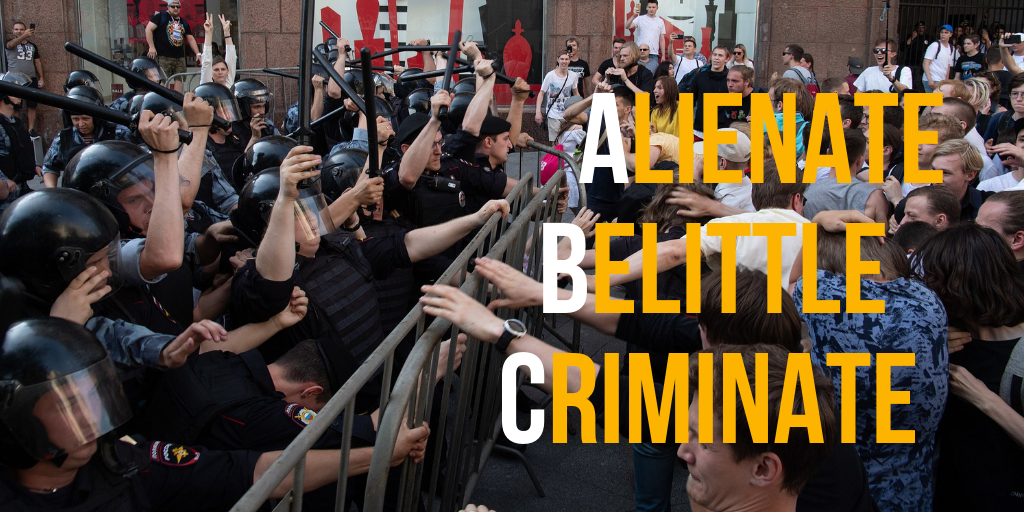 In Russia’s current crisis around the upcoming local elections in Moscow, some of the dominating media outlets have conducted a disinformation campaign targeting those who demonstrate against the authorities.

The strategy has been to present the protesters as not local to Moscow; to downplay their numbers; and to accuse them of being part of a foreign conspiracy.

As Russians have taken to the streets to support the opposition politicians who have been denied their right to candidacy, one of the key counternarratives has painted a picture of the protesters as not from Moscow.

As the BBC’s Russian Service underlines in an analysis, both Moscow’s mayor Sergey Sobyanin, RT chief editor Margarita Simonyan, a number pro-Kremlin commentators and the state media have repeated similar lines about the protesters as people who are not voters in Moscow’s local elections and even paid provocateurs.

RT’s chief editor Margarita Simonyan on Twitter: “According to security officials, 3,500 participate in the rally, of which 700 are journalists and bloggers (including ours, for example), about 2,000 are not Muscovites and not from the wider Moscow region.”

In a related attempt to present the protesters as marginal, Russia’s state pollster VTsIOm published polling claiming to show a 70% popular support of the police crackdown. However, the poll’s methodology and conclusions were quickly contested by Meduza, an independent Riga-based Russian language outlet, which saw the survey as designed to be a part of the campaign targeting the protests.

Another part of the Russian authorities’ disinformation campaign has focused on downplaying the number of protesters.

The independent Russian outlet The Insider highlighted discrepancies between the “approximately 3,500 participants” presented by Moscow’s police force on 27 July and uncritically relayed by the state news agency RIA Novosti on the one hand; and on the other hand a protocol from the arrest of Novaya Gazeta journalist Ilya Azar, in which the very same police force mentions the number of participants as 10,000.

A 25 minutes long programme broadcast by the nationwide Kremlin-loyal TV network REN TV accused the protesters of participating in a plot financed by the West to undermine Russian society. 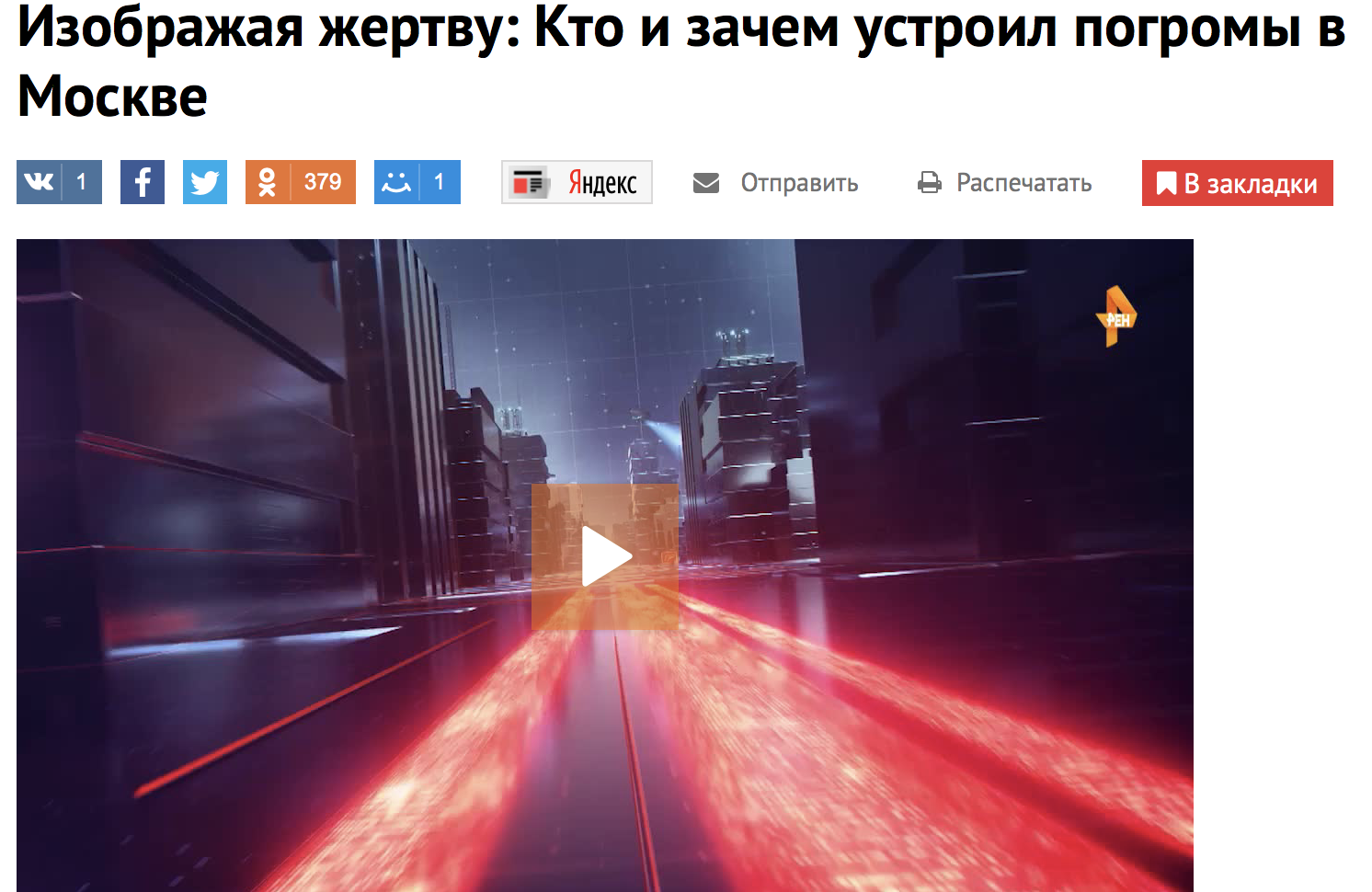 REN TV’s programme carried the title, “Pretending to be a victim: Who staged the pogroms in Moscow and why?”

As the independent Riga-based outlet Meduza underlines in an account of REN TV’s production, the programme claimed that the Russian opposition had been unable to gather enough signatures in support of its candidates and that opposition leaders receive financial support from organisations, which are in fact covers for Western intelligence services,

In an article titled “’Smells like Soros’: Western social media users call protests in Moscow part of ‘global evil’”, the pro-Kremlin online news portal Tsargrad used the well-known technique of quoting foreign social media commenters for points that support the pro-Kremlin narrative – in this case the theory of conspiracy between the West and Russian opposition activists.

The Kremlin’s disinformation in Russia and abroad

Russia’s authorities are internationally known for having developed some of the most sophisticated and diverse methods of disinformation; however, before these methods were used against the US and Europe, they had been developed to manipulate with Russian audiences.

When pro-Kremlin media speak about protesters as foreign to Moscow and paid by Western intelligence, the aim is to drive in wedges and alienate groups in Russian society from each other. The same method of increasing polarisation has been applied in pro-Kremlin trolling and disinformation campaigns targeting elections in Europe and the US.

Russia’s civil society and Western democracies are targets of one and the same disinformation campaign from the side of Russia’s authorities. The audiences are different; but many of the fundamental methods are similar, as is the strategic aim: To keep the current regime in the Kremlin in place.