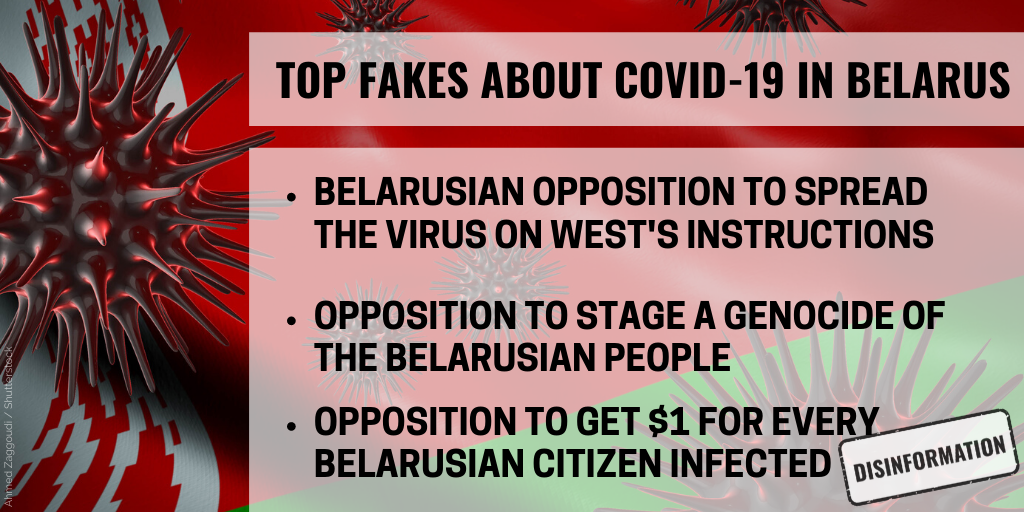 Belarus’ defiant attitude towards the COVID-19 outbreak has caught the world’s attention. While most other European countries – including Russia – have introduced strict lockdowns, Belarus has remained open. Unlike Russia, Belarus held the Victory Day parade on May 9, rebelliously avoiding social distancing. This provoked Russian media to act, and as a result, Minsk and Moscow have been involved in a rather harsh exchange on Russian coverage of Belarus’ way of handling the outbreak.

Globally, many of the tropes around COVID-19 have mutated in the recent months of the outbreak. Initial claims that the virus was designed to exclusively target Asians disappeared as the contagion spread throughout Europe, the US, and Russia. It has also become impossible to claim that Russia and other “closed societies” are better suited to cope with the disease than democratic states. But the attacks on the Belarusian opposition are surprisingly persistent. The trope also seems to be endemically connected to the Belarusian information space.

The trend that we have seen over the last few weeks, involving a decrease in the number of disinformation cases on COVID-19, appears to be continuing. While the pandemic continues to be the primary and most frequent topic, its “top” position is threatened by a surge of disinformation about World War II. For example, Sputnik Italy claims that Western powers never wanted to join forces with Soviet Russia to combat Nazism. Another interesting case from the same source suggests that Stalin atoned for his crimes against the Russian people through liberating Europeans from Hitler. This claim has a certain biblical beauty to it: Stalin sacrificing his people to save the world… Unfortunately, the only problem is that the pre-war mass terror did not stop at the end of the war – nor did it stop at Russia’s borders. The pact with Hitler allowed Stalin to expand the territory of the Soviet Union, and post-war Soviet Russia’s borders followed the outlines of the secret protocol of the Molotov-Ribbentrop Pact.

Poland and Ukraine have are also once again in the cross-hairs of pro-Kremlin disinformation after something of a hiatus during the COVID-19 outbreak. Ukraine is on the verge of disappearing; it is a colony ruled by Joe Biden, suffering from economic collapse after the Euromaidan “coup d’etat” and plagued by a powerless leadership. These are the usual lies, repeated almost daily for several years now. Poland receives similar treatment, recycling old tropes and lies: Poland is a US vassal state that offers the world nothing but “Russophobia” and disrespect towards the soldiers who fought for Poland’s liberation.

Finland has also been recently targeted in several cases, suggesting for instance that 7,000 Soviet prisoners of war were killed in Finnish concentration camps – buried alive and sent to gas chambers, with those responsible never having been punished. None of this is true. The Soviet Union insisted on a trial against a number of Finland’s wartime leaders. Researchers have demonstrated that documents collected by Russian authorities immediately after the war do not support claims on gas chambers or other atrocities.