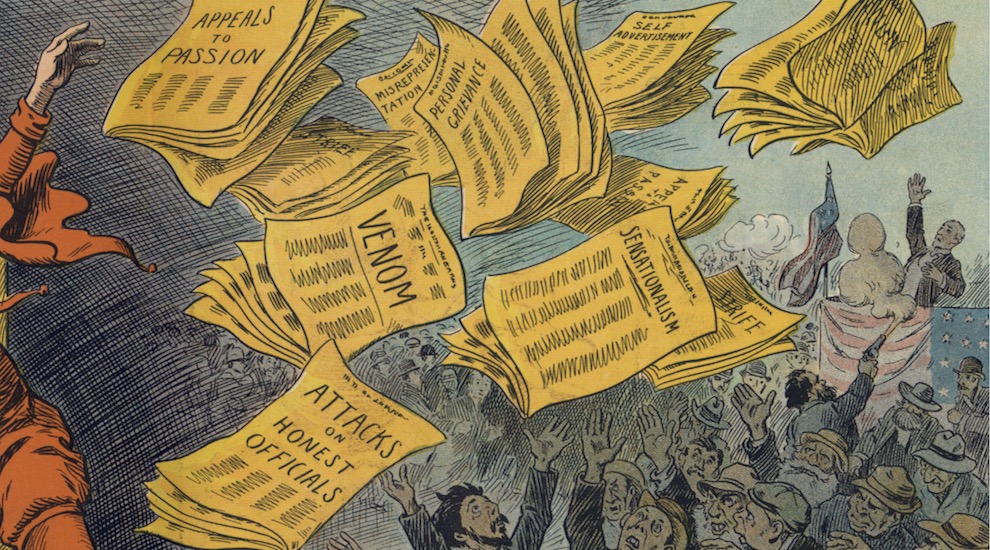 The Epoch Times branches out. The Epoch Times — the conspiracy-theory-pushing, pro-Trump news site with shadowy origins and ownership, and “the culmination of all that Facebook has encouraged” — is already published in 22 languages, including Persian, Hebrew, and Vietnamese. But those editions are published under The Epoch Times’ banner. Now the organization is, uh, expanding its disinformation services with Tierra Pura, a separate, Argentina-based website that spreads conspiracy theories and false information about Covid-19, QAnon, and U.S. election fraud, and publishes in both Spanish and Portuguese. Tierrapura.org doesn’t reveal its link to the Epoch Times, saying only that it’s run by “a group of concerned citizens,” but a new investigation by the nonprofit EU Disinfo Lab reveals the site’s connection.

“Tierra Pura is regularly disseminating content in Spanish and Portuguese languages from media outlets connected to the Epoch Media Group … as well as other institutions and outlets linked to the Falun Gong ecosystem and other alternative media with dubious credibility,” writes Raquel Miguel, the report’s author, adding:

Tierra Pura is an example of how disinformation generated in one country can easily reach other countries through a common language: Tierra Pura originates from Argentina, but its content is disseminated in other [Latin] American countries sharing the same language and even in other continents, reaching audiences located in Spain. This situation makes it harder to hold accountable the people who spread harmful content as they can live thousands of kilometres away from the countries where their messages have an actual impact.

“It’s sort of just replicating what we see on Twitter.” On January 25, Twitter announced that it’s testing Birdwatch, “a community-driven approach to addressing misleading information.” It lets people add contextual notes to misleading tweets; for now, those notes are only visible on a separate Birdwatch site, but eventually “we aim to make notes visible directly on tweets for the global Twitter audience, when there is consensus from a broad and diverse set of contributors,” the company said. You can apply to join a small test group in the U.S. here, and can see tweets that have received notes here.

NPR’s Shannon Bond checked in to see how Birdwatch is going.

With just a thousand participants in the pilot phase right now, it’s hard to tell whether the project is working as Twitter intends.

Some people are using it to correct misleading information, like linking to research showing masks help prevent the spread of Covid-19 on a tweet claiming otherwise.

But there’s also a lot of partisan bickering and opinion, especially on tweets from politicians.

“It’s sort of just replicating what we see on Twitter,” said Madelyn Webb, a researcher at the nonprofit First Draft, which combats misinformation. “Things go viral, everybody wants to talk about them and then the rest of it sort of falls to the wayside.”

Twitter’s [Keith Coleman, VP of product] says the early phases of the program may not reflect the company’s vision for Birdwatch.

“We knew we would get a mix of quality,” he said. “The key is, how can we identify the best of it? How can we provide a rating system that allows the community to provide feedback so we can pull out the best of it? And ultimately, how do we encourage more of that over time?”

When I scanned Birdwatch on Friday morning, I indeed saw a lot of bickering over political tweets, plus notes like “There is no such thing as white privilege. It is a term made up by the left.” Twitter cautions that, at least in this test phase, “Some notes may be helpful, and others, not so much.”

Maybe it will get better over time.