The Political Costs of COVID-19 Are Beginning to Mount

After weeks of indecision, the Kremlin bowed to reality last week and postponed a much-hyped parade on Red Square to mark the 75th anniversary of the end of World War II. The Defense Ministry quarantined troops that had been rehearsing for the ceremony after scores of them became infected.

This was a big setback. The event was not only a military commemoration but also a legitimization ritual for the regime, which draws heavily on wartime heroism to fuel present-day patriotic sentiment. The pandemic has also undermined the Kremlin’s flagship political project for this year, scuttling the constitutional referendum planned for April 22. This was designed to rubber stamp Putin’s plans to extend his rule until 2036.

A third blow was the botched rollout of a system to require digital QR codes for Moscow residents to leave their homes during an ongoing quarantine. Videos and photos surfaced on social media showing thousands of citizens trapped in close proximity as they waited in long lines snaking through Metro underpasses as police struggled to check the passes manually.

Russia is hardly the only country struggling to respond to the pandemic. But the political consequences of an inadequate response are much greater for a highly centralized and deeply personalized regime. Tatiana Stanovaya of the Moscow Carnegie Center wrote recently that since the 2014 annexation of Crimea, “Putin ceased to be a politician, and began to consider himself a historical figure.” Such figures, she added, “legitimize themselves through their historical achievements.”

Political setbacks therefore add up to more than the sum of their parts. As confirmed coronavirus cases mount exponentially in Russia, they tarnish the regimes’ aura of invincibility and undermine its legitimacy.

In the mass-circulation Moskovsky Komsomolets, Aleksandr Tsipko of the Russian Academy of Sciences wrote that “in just a few weeks, the coronavirus has destroyed our traditional idea of the omnipotence of Russian power.” He added that “nothing remains of our faith that the authorities can do whatever they want, that they are truly sovereign over the country and over the world. Coronavirus has forever undermined the Russian tradition of the sacralization of power.”

Likewise, Stanovaya noted that: “There is no dialogue in Russia between society and the authorities, and the problem of the leadership deficit is not just managerial, but political. The state is becoming nothing more than a monitoring mechanism for coercion, and is losing its legitimacy. In its twentieth year, the Putin system is closing in on itself and self-isolating from society.”

The desanctification of power that both commentators note is becoming manifest in public opinion.

A new poll published by RBC shows that 56 percent of Russians do not trust official information about COVID-19 while just eight percent fully trust what the authorities are saying about the novel coronavirus. Those results chime with a recent Levada Center poll showing that 59 percent of Russians distrust what the authorities are telling them about COVID-19.

Even Putin is not immune to this trend. The Levada Center’s polling shows his approval slipping to a six-year low, a level not reached since before the annexation of Crimea. Even the pro-Kremlin pollster VTsIOM is showing trust in the Russian leader falling to historic lows.

None of this means that the Putin regime is on the verge of collapse. But it does suggest that the use of dramaturgy, smoke-and-mirrors image manipulation, patronage, and — when necessary — coercion to preserve and sanctify its right to rule is decreasingly effective. The regime now faces an opponent that does not care about propaganda and cannot be bought, bribed or bullied. The Russia that emerges from this pandemic will look very different from the country that entered it.

​Common Crisis is a CEPA analytical series on the implications of COVID-19 for the transatlantic relationship. All opinions are those of the author and do not necessarily represent the position or views of the institutions they represent or the Center for European Policy Analysis.

The Daily Vertical: Telling The Truth About The Donbas (Transcript) 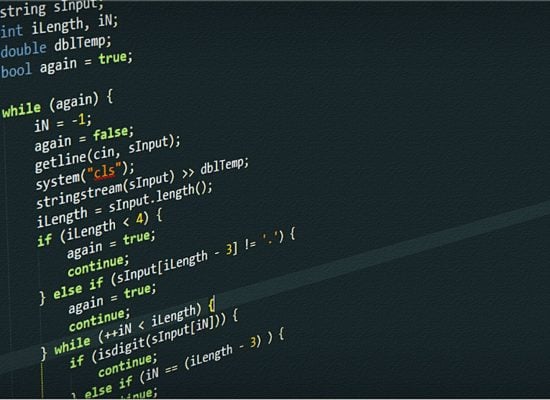 Is Russia losing the information war? 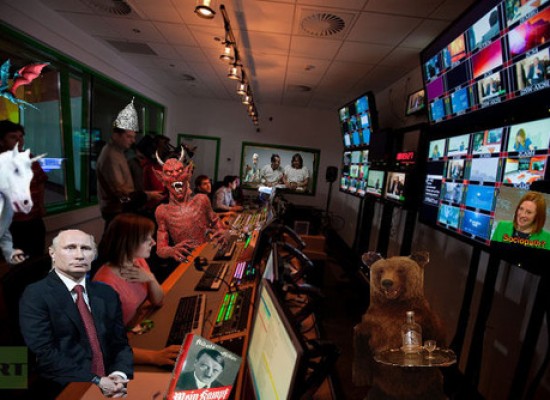 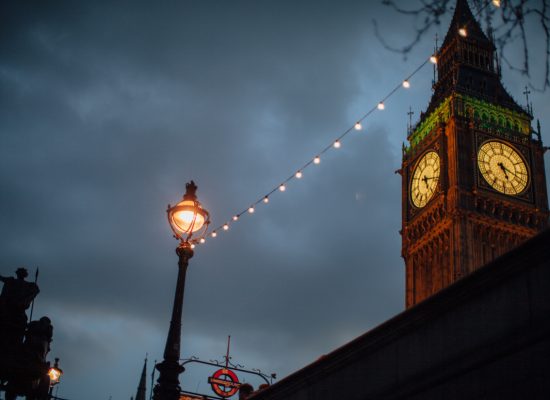 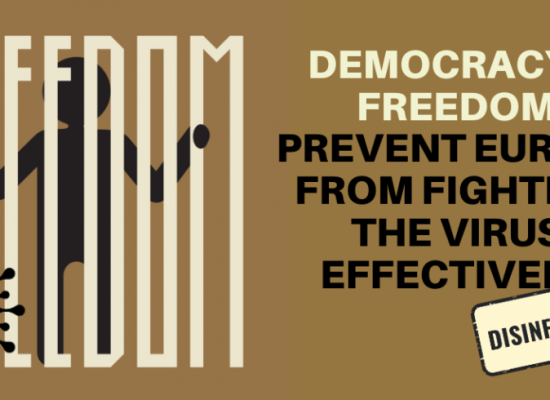 The virus to liberate us from freedom 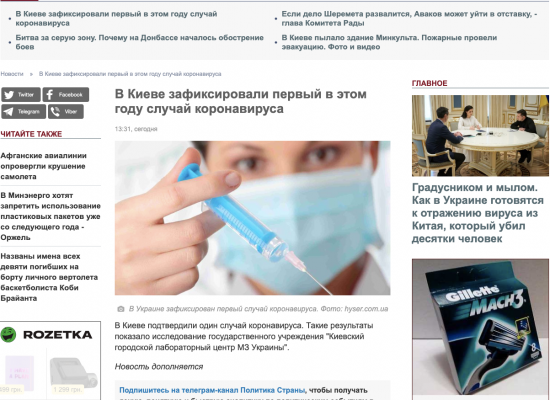