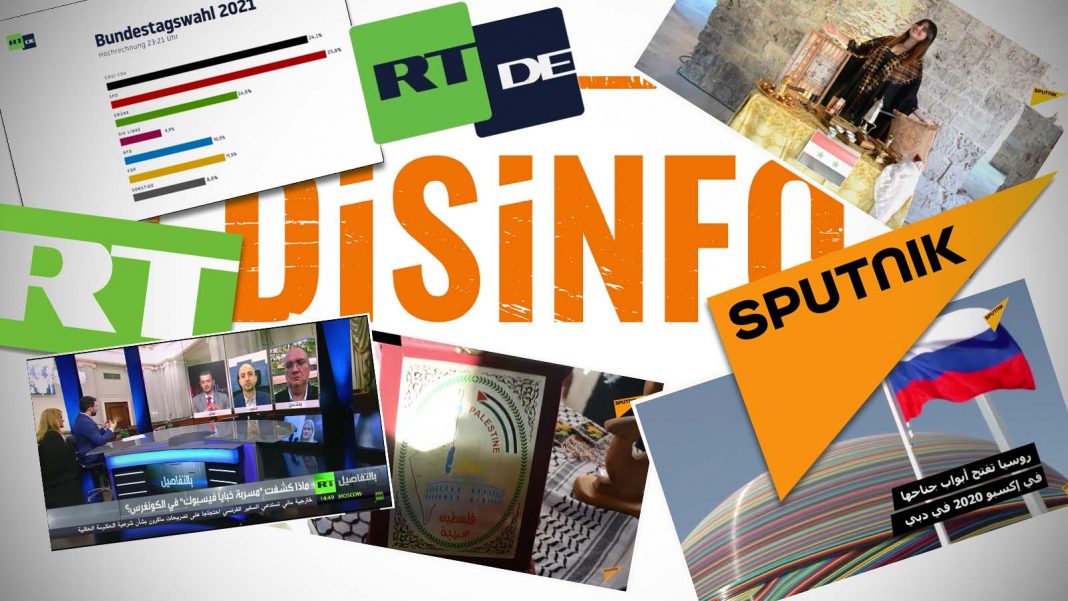 Last week, YouTube deleted RT’s German-language channels over violations of the platform’s COVID-19 misinformation policy and its terms of service. This resulted in pro-Kremlin media both pouting over the decision and trying to defend RT Deutsch.

Sputnik, an outlet created by a Presidential decree, blamed the German government for what was actually a private US company’s decision, while Russian state-controlled TV labelled YouTube’s action as “aggression” and claimed that RT German was “uncomfortable” for German officials.

Enforcing a platform’s terms of service and thus removing the content of known disinformation outlets (or downranking it in news feeds) are listed as levers for dealing with disinformation by the Global Disinformation Index (GDI). As can be seen from RT’s reaction, the deleting of its channel definitely hurts, but it also meant that people just moved to a new platform.

However, in the eyes of GDI “the most effective, easiest and most democratic way of tackling the problem” of disinformation would be reducing the capability to monetise the content via advertising, e-commerce, direct donation or other channels. Then again, the demonetising option might not exactly work against state-sponsored news agencies or TV channels, which are awash with state financing, leading to state-controlled “journalism”.

For a glimpse of how this demonetising process is going, all one has to do is look for advertising banners or at the website code. A quick experiment with disinformation cases collected this week shows how the codes of websites that look like regular news outlets (that also spread pro-Kremlin disinformation) includes ad tracking snippets of various online advertising companies including Google Ads. This means that users see banners with advertising and the websites make money.

It’s important to also keep in mind that, for example state-financed RT’s disclaimer says that none of its content is subject to reproduction and can be only used for personal and non-commercial purposes. At the same time, the disclaimer indicates that permission to use the content can be granted if the interested party sends an email or a written application to RT’s HQ on Borovaya street 3, Moscow.

Given that RT and Sputnik are often meant to influence international public opinion and do it with lies and manipulation, it would not be in the interests of the Kremlin to make the process of getting this permission very complicated. The EUvsDisinfo database shows that disinformation messages from RT are systematically republished in other outlets. A good example of this is an RT article republished in 55 outlets, claiming that there is an internal conflict in Ukraine, thus hiding the role Russia and its armed forces play in destabilising the country and the region.

RT, fully financed by the Russian government, is working to hide uncomfortable facts, be it about bringing down the flight MH17 or illegally annexing of Crimea, behind a smokescreen of disinformation and conspiracies. It is also constantly expanding its presence in social media platforms. Moreover, in the aftermath of YouTube deleting RT’s German accounts, its critique of the media landscape in Western countries sounds especially hollow given Russia’s own track record of crackdown of independent media using the Foreign agents law. No surprise the country occupies 150th position in the World Press Freedom Index, compared to France’s 34th place or Germany’s 13th.