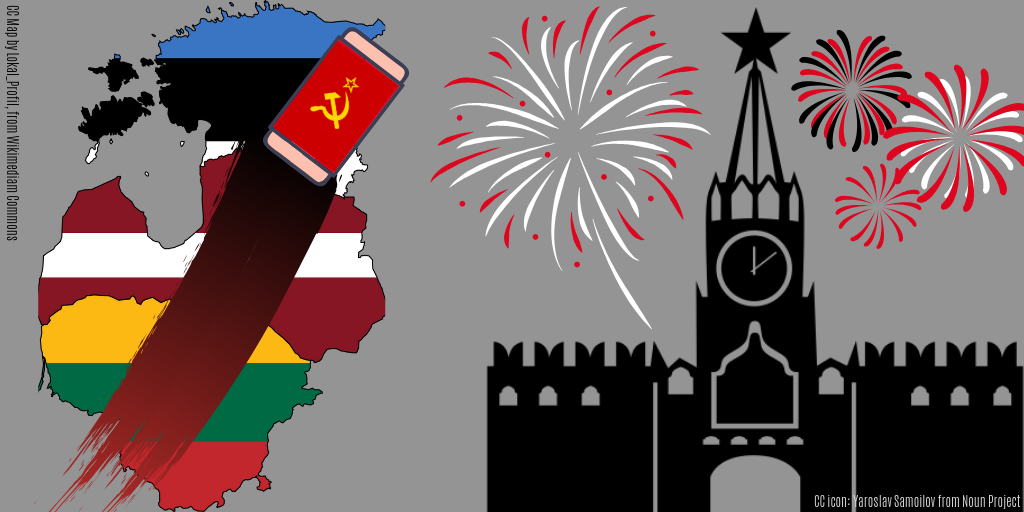 This week is the 80th anniversary of the Molotov-Ribbentrop pact – a non-aggression agreement between the Soviet Union and Nazi Germany. Labelled as the honeymoon for two dictators, it divided Europe into Soviet and Nazi spheres of influence, leading to World War II and all its tragic consequences.

The day of the signing of the pact – the 23rd of August – is observed as a day of remembrance for victims of Stalinism and Nazism in ten EU countries, the US, Canada, and Georgia. But 80 years on, the pro-Kremlin media is still adamant that the USSR was reluctant to sign the pact  and  had no other choice; that the pact did not trigger World War II, the USSR cannot be blamed for it, that Poland wanted to attack the USSR and that all of it was Hitler’s idea anyway.

Instead of reflecting on a complex and difficult history and Russia’s role in it, the pro-Kremlin media continues to attack those who do not blindly follow the myth of Soviet heroism.

When earlier this summer Estonia, Latvia, and Lithuania summoned representatives from their Russian embassies to protest the display of fireworks celebrating the Red Army’s capture of the Baltic States’ capitals, the pro-Kremlin media fired up the disinformation machine to accuse the Baltic States of perpetuating the “myth of Soviet occupation” and refusing to celebrate victory over Fascism. And even after the fireworks faded away, the pro-Kremlin media kept hammering the notion of ungrateful and belligerent Baltic States: most recently, by blaming Latvia for psychiatric Russophobia, historical revisionism, and attempts to disrupt Russia’s relations with Belarus. 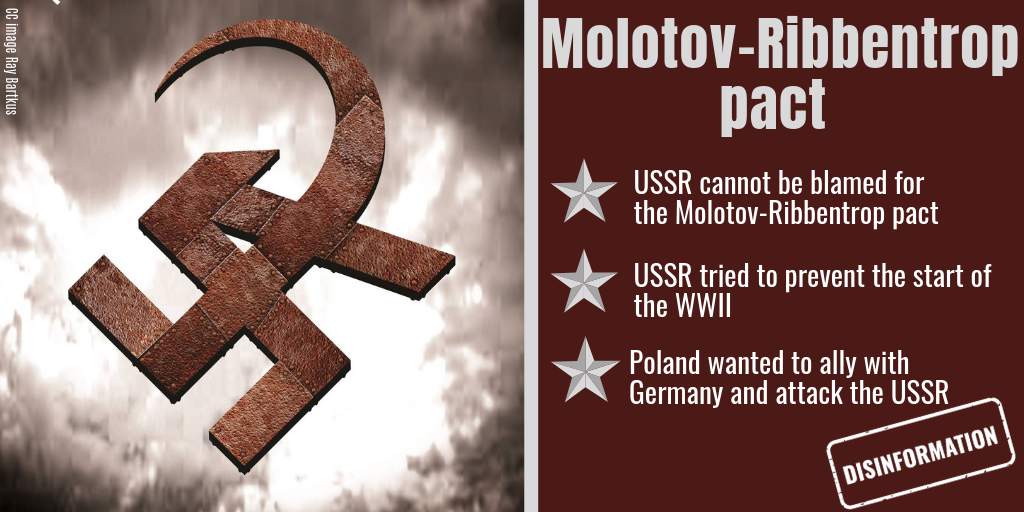 The victory over Nazism undoubtedly plays an important role in European history. But casting the advance of the Red Army into Nazi-occupied Eastern Europe as “liberation” may be the most egregious disinformation case to date.

The myth of Soviet occupation as liberation, perpetuated by the pro-Kremlin media, aims to erase from memory the mass repressions and suffering of millions, including Russians, at the hands of the Soviet regime.

It enables pro-Kremlin disinformation to portray those who do not glorify the Soviet Union and refuse to see themselves as subjects of Moscow’s “sphere of influence” as Russophobes and fascists with a distorted historical memory. And when these narratives fall short, the pro-Kremlin media tries to paint an even gloomier picture of life outside Moscow’s reach: for example, by portraying the Baltic States as desolate lands about to be turned into military bases or shelter for African and Asian migrants.

But what is the pro-Kremlin media to do when it cannot fall back on reliable disinformation narratives of fascism and Russophobia?

Unable to label the thousands of Russians protesting in the streets of Moscow as either fascists or Russophobes, the disinformers resort to “the West is behind it” conspiracies. This week, the pro-Kremlin media claimed that George Soros and the West finance and instruct the Russian opposition to stir up the demonstrations – with the help of the European Court of Human Rights, no less. At the same time, Britain and the US were blamed for orchestrating the protests in Hong Kong.

This should not be surprising. In the Orwellian disinformation world, where a totalitarian regime is hailed as liberator, there is no capacity to recognize that individuals can fight for their liberties. But fight they will.