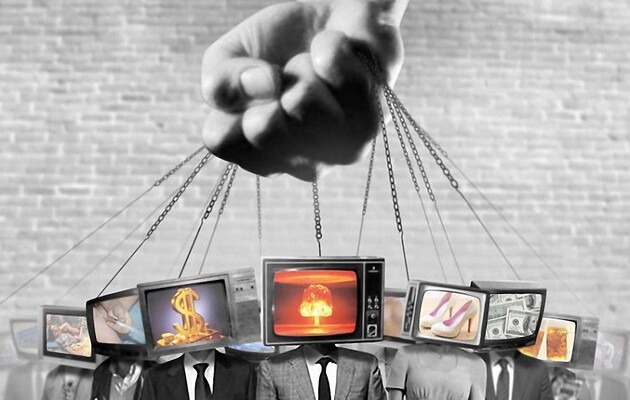 By Maksym Kyiak, for Euromaidan Press

“There is nothing as important as trifles.” – Arthur Conan Doyle, “The Adventures and Memoirs of Sherlock Holmes”

In Memoriam of my brother Andrii Kyiak

Though the world is changing each year more and more, there is still one issue that will stay on the agenda for many years to come: disinformation. This year’s G7 foreign ministers meeting in London, which paid great attention to disinformation and misinformation, has proven this tendency.

Propaganda has become so complex and yet so ordinary that there is a risk of overlooking little, yet important details. As a person who has been examining and fighting disinformation for years, I believe we need to pay attention to the following “trifles” or risk getting lost in the dark and smoky room of propaganda.

Trifle 1. Disinformation is more ordinary than it may seem.

It has been around for ages and each person gets basic skills in propaganda in her childhood. One of the simplest, yet very efficient methods is mirroring the opponent’s words. Russian President Vladimir Putin applied this principle when he reacted to US President Joseph Biden’s words regarding Putin being a killer. Putin’s childish expression “it takes one to know one” reflects one of the main Kremlin narratives:  that it is not the evil Russian Federation, but the West that is responsible for destabilization, spreading lies, violating human rights, and ”color revolutions” all over the world. Putin behaved the same when blaming NATO and its troops, but not himself and his army, for causing violence in Georgia or Ukraine.

Trifle 2. Disinformation is much broader than it is considered to be.

Efficiently fighting against disinformation requires not only critical thinking skills, media literacy, or debunking fakes. It is a multidimensional issue and a complex phenomenon that deals with culture, history, espionage, economy, even with psychology and neurobiology. By the way, falsification and revisionism of history, exploiting false WWII narratives are core elements of Kremlin propaganda. That is why historical memory and national identity are of such great importance when it comes to fighting disinformation.

For instance, Vladimir Putin often stresses out that there is no Ukrainian history, language, and Ukrainian nation as such, speaking about some “Russian world.” The newly-adopted national security of the Russian Federation supports this narrative. An action itself can also serve as disinformation. The bombing of the British city Coventry Blitz during WWII or pro-Russian separatists shelling the Ukrainian city of Mariupol can influence the human mind and consciousness as greatly as fake news.

Trifle 3. Emotions are the fuel of disinformation.

Due to emotions, pictures with kitties will get more likes than an analytical publication. Yet, without emotions, it wouldn’t have been possible to watch the Olympic Games, enjoy art galleries, fall in love, or even vote during elections. For sure propagandists have learned how to use such human “bugs” in their own interest. During the war against Georgia in 2008, Russia exploited emotionally charged terms like “genocide of people of the Caucasus” or its traditional cliché – “fascists.”

The ultimate goal of Internet trolls from Russia’s Olgino or from the so-called “50 cent army” in China is to provoke an emotional reaction. Moreover, one of the main aims of mobilizing Russia’s military troops near the Ukrainian border in 2014, earlier this year, or during the upcoming “Zapad-2021” military exercises, is to spread fear among people. The Golden Horde did the same when they held several torches in their hands or tied tree branches to their horses, raising dust to create the illusion of a large army and spread panic.

Trifle 4. Humans are the main target of disinformation, not objects of critical infrastructure or gadgets.

From time to time, Homo sapiens become “useful idiots” and may unconsciously become a tool of malign propaganda by spreading false information. Propagandists often exploit our propensity for gossip. Prior to an attack, the above-mentioned Golden Horde spread gossip about corrupted bureaucrats on the enemy side. And Napoleon was convinced that several newspapers are scarier than a thousand rifles.

Since then disinformation has become more profound, but humans haven’t changed much. This January’s attack on the Capitol in Washington D.C. has clearly shown how fragile the human mind is under the influence of fake news. Russia has also utilized gossip, together with cyber warfare and fake news, against  Estonia, during the so-called “Bronze Night” events in 2007. In the same way, the Kremlin spread false information about “a train of nationalists coming from Kyiv” to justify its illegal annexation of Crimea in 2014.

Still, our brain as one of the core targets of disinformation, has not evolved much. Humans have started exploring faraway Mars but still haven’t managed to examine this main part of our central nervous system. Trying to whitewash its actions after shooting down flight MH-17 above eastern Ukraine, the Kremlin has used imperfections of the human brain to spread different versions of the story. Often those versions purposely contradicted each other so that the brain would struggle to identify the truth.

Trifle 5. Humans are the main weapon in countering disinformation.

But the good news is that humans sometimes put up surprising resistance. Luckily, aggressors often underestimate their victims. For instance, in 2008 ordinary citizens of Georgia united and surprised the world when they stood up against Russia’s propaganda. Since 2014 Ukrainian volunteers, the diaspora, civil society, and military volunteers have been jointly countering the Kremlin’s disinformation and aggression. In Lithuania, for instance, the voluntary civic movement “Lithuanian elves” appeared, aimed at fighting against organized Internet trolls.

One of the main metanarratives of disinformation is that everyone around is evil, you can’t trust anyone, and that there is no truth. Thus, in order to counter hostile information influence campaigns, it is important to appeal to people’s better traits and convince them that they are capable of good deeds. The most efficient receipt in countering disinformation was formulated in antiquity on the wall of Apollo at Delphi. It says: “know thyself.” In the modern age of disinformation, these words are particularly timely.

Because the more you know yourself, the fewer chances are that an enemy can fill in the gaps in your self-identity with its toxic lies. Hence, the efficiency of fighting against propaganda depends on people themselves and on how they will sharpen their minds, will get rid of intellectual laziness, and cultivate faith in the truth. Human beings may not be perfect, but they aren’t powerless either. And they have been and will be the most vulnerable target of propaganda and the most efficient weapon of countering it. They will always remain an Alpha and Omega of disinformation and its most important trifle.

Maksym Kyiak is a Doctor of Philosophy, an expert of the Foreign Policy Council “Ukrainian Prism.” He worked at various academic and governmental institutions in Ukraine and abroad. He has represented Ukraine at the CAHROM Committee in the Council of Europe and was one of the co-authors of NATO StratCom COE’s research on the role of humor in strategic communications, “StratCom Laughs: In Search of an Analytical Framework.”

By Maksym Kyiak, for Euromaidan Press