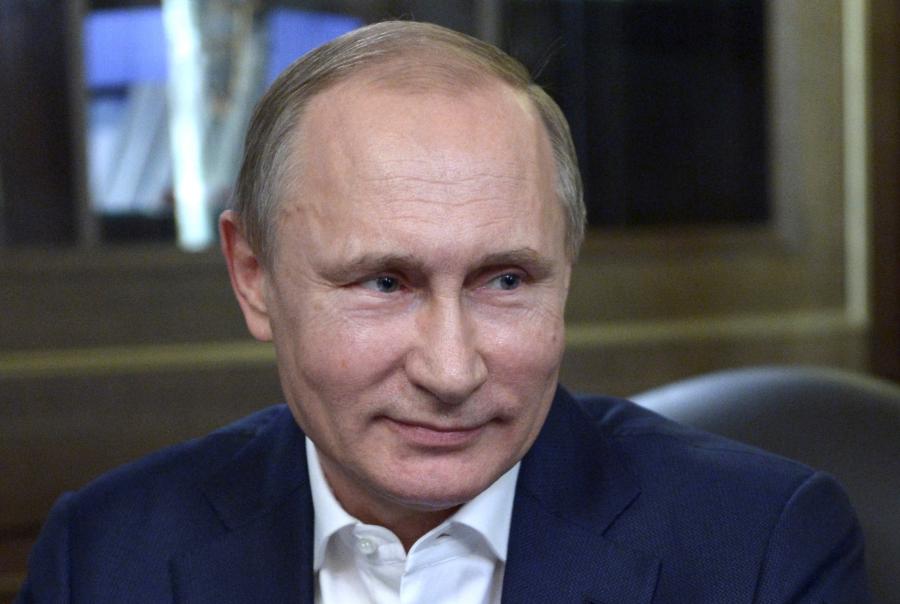 How the escapist axioms of Western apologies of Kremlin policies distort our understanding of the origins and motives of Russia’s current domestic and foreign behavior, Andreas Umland writes.

During the last few years, in Western political discourse, a peculiar guild of public interpreters of the Kremlin’s foreign escapades and emerging conservative ideology has taken shape. These commentators often appear in American and European mass media, and in Germany – perhaps the most important Western country for Russia – have come to be known as ‘Putin-understanders’ or Putinversteher. These apologists for Russian foreign and domestic policy often accuse their opponents of lacking empathy for the Russian people, their traditions, concerns and views. Their demonstratively hermeneutical speculations are often accompanied by historiosophic reflections on the role of Russia in Europe and the profound traumas of the Russian collective soul.

However, from the perspective of contemporary Russian history, the Putinversteher’s high respect for the Kremlin’s increasingly zealous patriotism is misguided. Moscow’s current policies are only partly a result of age-old traditions of the Russian nation and of its lessons from earlier clashes with the West. In assessing what drives Moscow’s current foreign and domestic behavior, one has to keep in mind the tragic course of recent Russian history and its dire consequences for post- (increasingly neo-) Soviet Russia.

A knowledgeable observer of contemporary Russian history should be intrigued by the fact that Russia’s current political leadership increasingly ostensibly positions itself as a global defender of family values, conservatism and religiosity. How can it be that a country which actively persecuted and often physically destroyed the representatives and institutions of its own national traditions for 70 years, feels vocation today for teaching other nations with much longer historical continuity about conservative ways? Many years of radical anti-traditionalism of Bolshevik rule have produced a post-Soviet society which will have to search for, study, and revive its own historical traditions for a long time to come. Putin’s Russia – increasingly proud of its Soviet past – is one of the last nations in the world with a right to call on Western countries to respect their national traditions and Christian civilization.

Moreover, some of the most influential people among Russia’s current administration such as President Vladimir Putin, Chief of Staff of the Presidential Executive Office, Sergei Ivanov, and Executive Chairman of Rosneft, Igor Sechin, are descendants of the state agency of the USSR which put into practice the Bolshevist oppression of Russian traditions, culture, religion, thought and science for decades. The KGB was not a secret service in the traditional sense but rather the core of the Soviet apparatus of repression. It persecuted any free thought in the Soviet Union, including Russian national thinking, as well as all churches of the USSR, including Russian Orthodox ones. Thirty years ago, many representatives of today’s power elite in Russia were professionally engaged in oppressing precisely those Russian national values, traditions, and institutions that they declare themselves to be vehement defenders of today.

The leitmotif of today’s Kremlin administration is not true patriotism, but tactical pragmatism, characterized by a degree of cynical expedience, barely comprehensible to many Western Europeans. To sustain its regime, this unprincipled approach adopts for its purposes both nationalistic ideas, and internationalist slogans. Without a second thought, Putin’s regime proclaims fundamental religious, or profoundly Enlightenment-related, motives. It often resorts to uncompromising moralism in its arguments, but does not hesitate to openly demonstrate cold-blooded amorality in its actions. Depending on the situation, it refers either to universal human values, or particularly Russian national interests. At times it advocates objective historical truths, and on other occasions, defends the right to selective interpretations of Soviet and tsarist history. It sees no major contradiction between Russia’s former desire for accession to NATO, and its demonization of the Alliance today. Contemporary European Union standards can serve both as a role model for Russia, and as a manifestation of the abhorrent degradation of the West. Russia positions itself as a European nation on some occasions, and as a Eurasian civilization on others. Sometimes it presents itself as a profoundly Orthodox, and other times as a modern progressive country. The choice depends on which image is beneficial in a given situation, what is most appropriate at a given moment, or what best suits the expectations of the audience.

While searching for mental-historical reference points in order to comprehend the current behavior of Russian authorities, German observers should refer less to thought and literature of tsarist Russia, and the pre-revolutionary past, than to the East Germans’ recent experiences with the Stasi (i.e. the Ministry for State Security of the German Democratic Republic). Unperturbed personalism and ethical relativism are more weighty factors of the operating system of Russian domestic and foreign policy than Russian traditionalism and nationalism. Instead of delving into the inaccessible psyche of Vladimir Putin and exploring his childhood which is littered with legends for their explanations of Russian foreign policy, post-Sovietologists should first pay attention to the politico-economical rationale behind the Kremlin’s foreign policy, as well as to the private interests and sociological calculations of utilitarian-thinking multi-millionaires (and billionaires) who are in the driver’s seat, in Moscow today.

This also concerns the post-Soviet military activities of the Kremlin in Moldova, Georgia, Ukraine or Syria. Those who see these adventures only as expressions of anachronistic neo-imperialism, or even of some existential fear of Western expansion, underestimate the intellectual potential of Putin and company. The Kremlin, to be sure, justifies its quest for hegemony over the post-Soviet space before Russian and international communities with patriotic formulas such as Russia’s interests of security, economy, identity, etc., as well as with alleged anti-Russian machinations of the West. As a result of years of brainwashing, courtesy of the Kremlin’s TV propaganda, these explanations are now shared by the majority of Russians. Moreover, some naïve foreign observers also heed these  justifications for a variety reasons – for example, as a mark of respect for the leadership of a people who once defeated fascism.

However, the seeming delusions of persecution and grandeur of today’s post-Soviet elite have more rational underpinnings than the Putinversteher are willing to admit – with their psychotherapeutic approach to the fears, threats and claims of the Kremlin. Putin & Co. are far from paranoid. They are patently aware of the integrity and sternness of Russia’s nuclear military power and they intentionally use that priceless (as it seems to them) trump card in order to deter the West from, for instance, providing direct military assistance to Ukraine. It is not so much strong emotions and fear of NATO behind Moscow’s reckless foreign policy, as it is a domestic political imperative, namely the stabilization of Russia’s kleptocracy – at least in the short term. Russia today should be considered only in part as an aggrieved former superpower suffering from a post-imperial phantom pain, and by no means as a mere pitiful outsider in a geopolitical battle dominated by the United States. In Ukraine, the Kremlin isn’t defending Russia’s national interests, but the private benefits, privileges and goods of Russia’s super-rich rulers. For Putin & Co., the Europeanization of Ukraine must fail, as its success may offer Russians hope for change, and prompt them to attempt something similar in Moscow.

Through its military escapades in Syria and Donbas, the current Kremlin administration has, in fact, struck a heavy blow against Russia’s vital national interests, having sullied relations with the formerly brotherly Ukrainians, as well as the Arabic world and Turkey, for the long-term. Moreover, concurrent exclusion of Russia from its Western – primarily European and especially German – political, economic, and other partnerships puts the future of Russia in question. After all, the Russian economy needs not so much Eurasian economic integration as it does close cooperation with the European Union as a key partner in the fields of trade, investment, science and, in general, modernization of the country.

In its relations with an increasingly self-confident China, Russia too suffers as a result of the cooling of her relations with the West, which Beijing skillfully takes advantage of in order to acquire Russian commodities at low prices. Political and economic isolation conjured up by the Kremlin as well as the growing chasms in Russia’s budget, thanks to Moscow’s foreign military campaigns, do not bode well for the industrially mis-developed Russian state. The Kremlin’s deliberate escalation of global tensions and military exploits, which are disproportionate to Moscow’s actual geopolitical might, only reinforce various existing serious pathologies of the Russian economy and society. Those who accept all of these negative tendencies and the mundane personal reasons behind them ‘with understanding’ seemingly harbor little empathy for Russians,  and little concern for the future of Russia as a country.