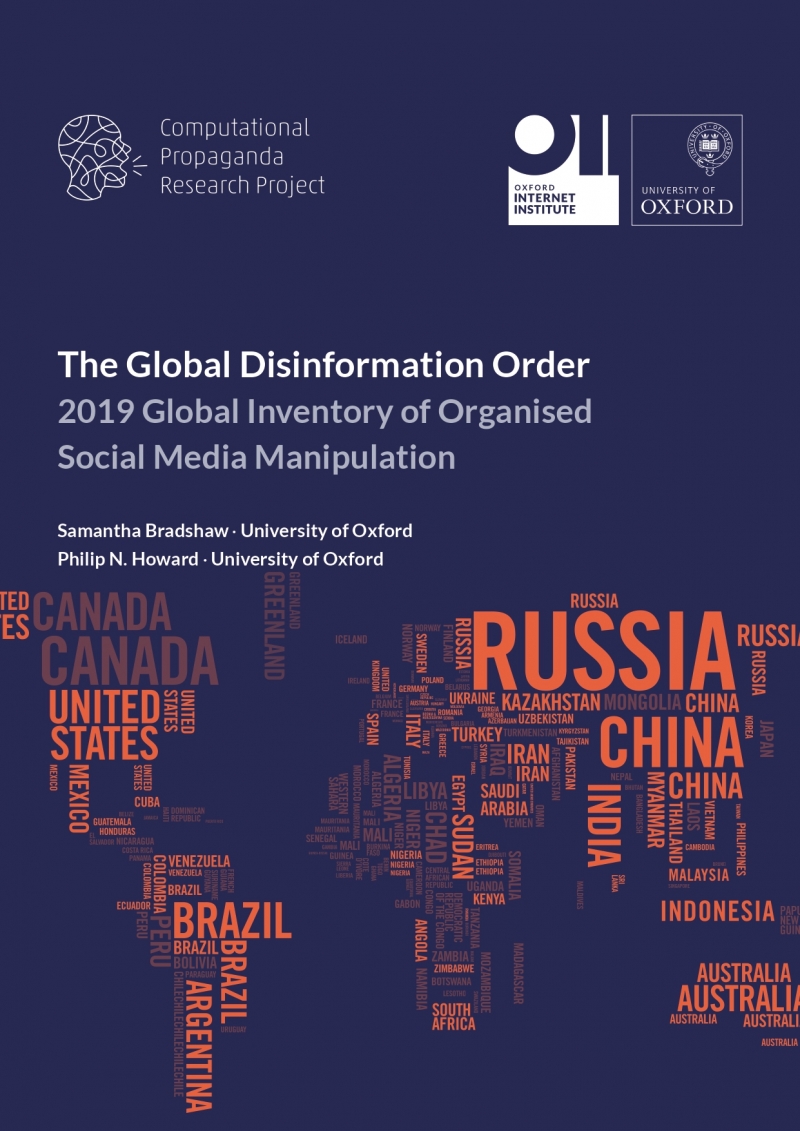 Over the past three years, we have monitored the global organization of social media manipulation by governments and political parties. Our 2019 report analyses the trends of computational propaganda and the evolving tools, capacities, strategies, and resources.

2. Social media has become co-opted by many authoritarian regimes. In 26 countries, computational propaganda is being used as a tool of information control in three distinct ways: to suppress fundamental human rights, discredit political opponents, and drown out dissenting opinions.

4. China has become a major player in the global disinformation order. Until the 2019 protests in Hong Kong, most evidence of Chinese computational propaganda occurred on domestic platforms such as Weibo, WeChat, and QQ. But China’s new-found interest in aggressively using Facebook, Twitter, and YouTube should raise concerns for democracies

5. Despite there being more social networking platforms than ever, Facebook remains the platform of choice for social media manipulation. In 56 countries, we found evidence of formally organized computational propaganda campaigns on Facebook.