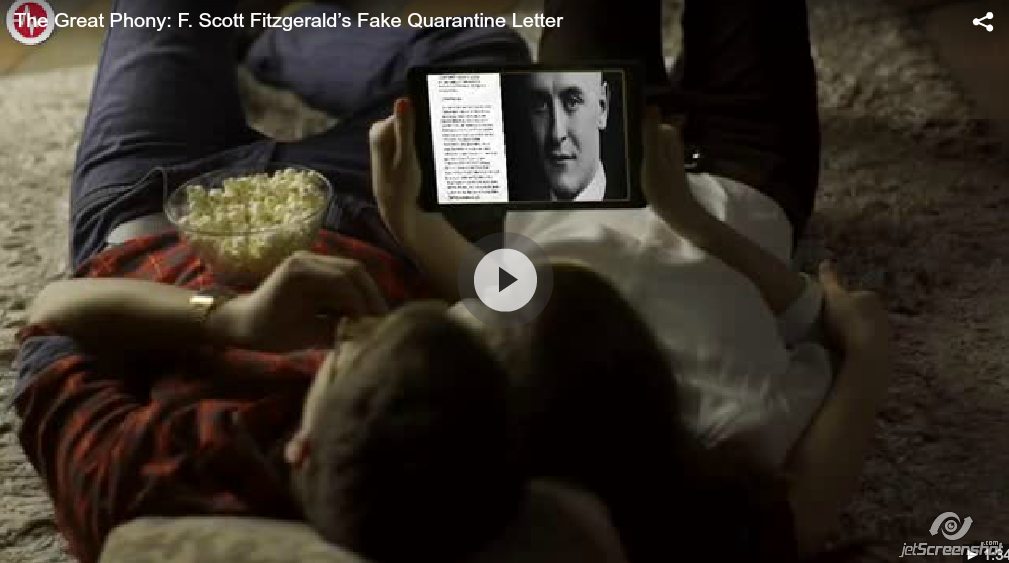 All across the Internet
“Read the classics. This is a quarantine letter by F. Scott Fitzgerald, who was isolated in south of France in 1920 due to the Spanish influenza.”
Source: Twitter, March 20, 2020
False
The letter is fake, translated from a satirical piece

A Russian translation of the “Quarantine letter” purportedly written by renowned American author F. Scott Fitzgerald during the Spanish flu epidemic is making the rounds on social media, blogs, chats and media websites.

The letter describes life under quarantine during the Spanish flu pandemic in the early 20th century. A portion that is being shared most enthusiastically and has made it into various memes:

“The officials have alerted us to ensure we have a month’s worth of necessities. Zelda and I have stocked up on red wine, whiskey, rum, vermouth, absinthe, white wine, sherry, gin, and lord, if we need it, brandy. Please pray for us.”

Fitzgerald, of course, is the author of “The Great Gatsby,” published in 1925 during the height of the U.S. prohibition era (1920-33). The novel’s characters drank heavily. Fitzgerald struggled with alcoholism throughout his adult life.

The letter is a fake.

The original version was written by the American Nick Fariella for the humor website McSweeneys.com and published on March 13. A note atop the piece reads: “This is a work of parody and is not an actual letter written by Fitzgerald.”

But don’t let a flat-out warning get in the way of the internet.

Yandex.ru, the Russian equivalent of Google, yields more than 2 million current results when searched for the Fitzgerald quarantine letter. A few are debunking stories, but most are postings that take Fariella’s satire as really having been written by Fitzgerald.

On social media, “the letter” was for the most part shared as a simple screenshot of the text in Russian. A @Twoogel search returned hundreds of tweets with the shot.

User @stalingulag wrote on March 21: “Sure, people used to be able to sit through a quarantine. They stocked the proper supplies. And now? Canned meat, pasta, toilet paper. Such a degeneration!”

The tweet received more than 3,400 likes and 600-plus retweets as of March 22. Hundreds replied with images of their own impressive stockpiles of alcohol.

Reuters’ fact-checker found the fake letter just as popular in the U.S.

The Spanish flu of 1918-19 was the most severe pandemic in recent history, according to the U.S. Center for Disease Control (CDC). It infected a third of human population globally and killed an estimated 50 million people worldwide.