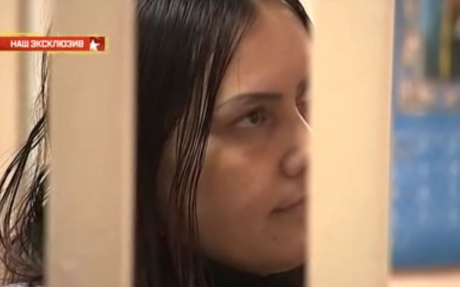 The recent murder of a child in central Moscow has shocked us all. Why didn’t Russian state media respond, Natalia Antonova wrote for oDR.

The horror of it remains hard to process. A Moscow nanny, native to Uzbekistan but an on-again, off-again resident of the Russian capital for a number of years, murdered her four-year-old charge, cut off the little girl’s head, and brandished it outside a metro station before finally being tackled and subdued by police.

Even more shocking — at least at first — was the decision by Russian state TV to avoid mentioning the incident.

Avoiding any mention of the nanny in a country where the majority of citizens still get their news first and foremost from state TV was an obvious act of censorship. Too many critics than one can count have pointed out that if this horrific crime had taken place in Ukraine, or, even better, in Europe or in the United States, Russian TV journalists would be all over the story like locusts.

The problem with Russian TV, of course, it that it has gone far beyond reasonableness. And politics is just one piece of the puzzle here

In spite of random instances of censorship and self-censorship (which can largely depend on the mood of both Kremlin officials and media executives), explicit mentions of grisly death are seen as perfectly OK to broadcast on Russian television today — particularly if the grisly deaths in question are happening outside Russia’s borders. Or not happening at all, for that matter.

After all, who can forget the classic story of Russia’s Channel One, by far the most respectable state TV channel, which ran a completely fake segment about a little boy crucified by bloodthirsty Ukrainian troops?

To this day, I routinely encounter Russian citizens on the internet that are completely certain that the crucifixion story was real — even though Channel One itself has washed its hands of it. One must never underestimate the power of propaganda, especially if said propaganda targets monsters in far away lands, monsters than can be safely hated from a distance.

Yet as war writer and government critic Arkady Babchenko recently pointed out, the decision to not mention the killer nanny, to pretend as though nothing had happened, was not just motivated by the desire to pretend that things are going great in the glorious Russian Federation and only falling apart elsewhere.

It was also, quite rightly, motivated by fear.

Ever since the start of the Ukraine crisis, Russian television has been busy stoking hatred and paranoia by portraying Russia as a country besieged by enemies, enemies that have very specific identities, be they Ukrainians, Americans, Turks, etc. And these reports have carried real life consequences – from people joining up to fight against what they believe to be a Ukrainian “junta” in the Donbas to people calling the police if they spot foreigners in public. (A particularly ridiculous case involved an Israeli man briefly detained for reading a book in Hebrew – after a vigilant fellow train passenger suspected him of being a terrorist.)

The Kremlin has waged a systematic campaign against media professionalism

Reporting on the case of an Uzbek woman cutting off a child’s head and making a public spectacle would also likely have consequences. And considering the presence of well-organized and violent nationalist groups in the Russian capital and beyond, it may very well have been that Russian TV spared some migrants’ lives when it decided to stay silent on the murder.

Of course, it is ridiculous that the Russian state media has painted itself into this corner.

Why couldn’t have television just thoughtfully reported on the facts of the case without showing the horrific pictures and video that spread like wildfire on the internet when the nanny made her deed public is a question any reasonable person might raise.

The problem with Russian TV, of course, it that it has gone far beyond reasonableness. And politics is just one piece of the puzzle here.

As journalist Oleg Kashin pointed out last year in connection with the Russian media’s cruel and sleazy treatment of the death of a local bubbly pop star from cancer: the news in Russia has been severely “tabloidised”. The idea of awarding dignity to the dead — and, by extension, to their loved ones — simply doesn’t register for the majority of Russian journalists.

Barring a handful of famous exceptions, the severe lack of professionalism in the Russian media means that most journalists can no longer be trusted to take care and be responsible when reporting on potentially explosive, shocking incidents.

A robust, professional media is a cornerstone of genuine national stability

The fact that the Kremlin has waged a systematic campaign against media professionalism — whether by liquidating the country’s best news agency, RIA Novosti, or by promoting a climate of intolerance as far as independent journalism goes — and that the public for the most part could care less about holding news outlets to high standards results in a lose-lose situation.

Reporting on a shocking murder could result in any number of violent and/or damaging scenarios. Not reporting on it means that rumors fill the gap and both the media and society are further infantilised by a paternalistic government.

The Kremlin thinks that an infantile media presided over by government curators is a great idea. This media will never ask tough questions of its officials. It’s just too bad that disinformation ultimately affects officials themselves.

A perfect recent case study is prominent deputy Alexey Kazakov, a member of the Duma committee on media, who literally had no clue about the murder and became a laughingstock when journalists began to call and ask him about lack of news surrounding the incident.

In the modern world, leaders and state servants can and should rely on the media to paint an accurate picture of what is happening in their own country, in their own backyard.

This is why a robust, professional media is a cornerstone of genuine national stability. As the nanny incident shows, Russian officials not only refuse to understand this, they also have no real means of fixing professional standards in the state media.

You can’t reform that which you view as purely a means of blunt propaganda — much like you can’t turn an axe into a scalpel.

By Natalia Antonova, for oDR