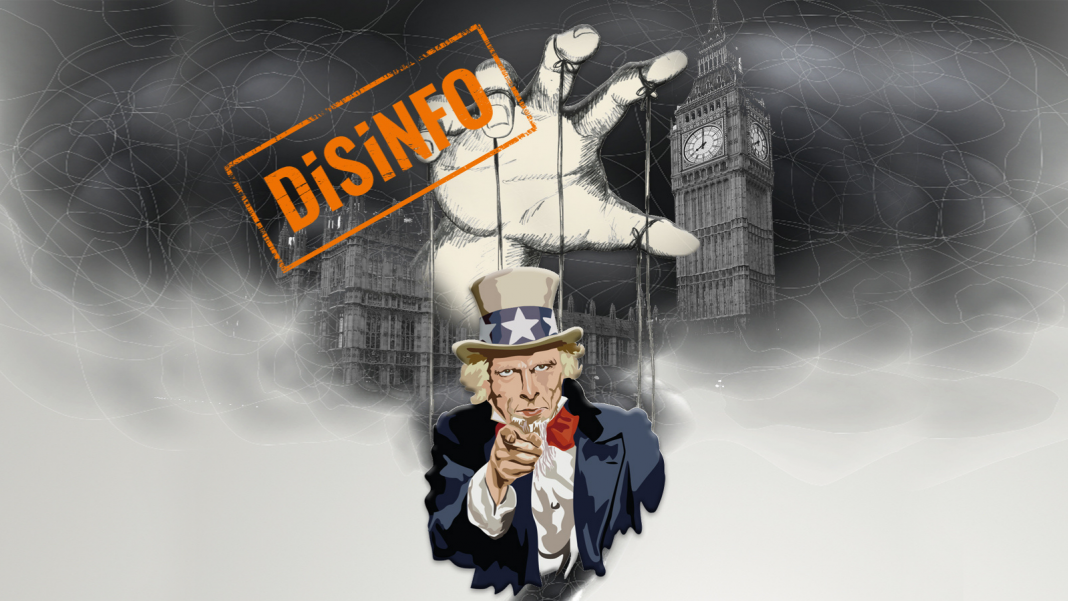 Russian official documents on security policy usually identify the US as the Bad Guy in international relations. Recently, a journal of military theory accused the US of waging “Mental Warfare” against Russia:

The aim of the Globalists with the US at the helm is to remove Russia as an obstacle on the way to establishing a New World Order.

The author, Andrey Ilnitsky, is an advisor to Russia’s Minister of Defence, Sergey Shoigu, and the journal is among the leading publications on military theory of Russia’s armed forces. Mr. Ilnitsky not only toys with unfounded tropes on “New World Order”, he uses a made-up quote by former WHO boss George Brock Chisholm to describe the motivations of the attack against Russia:

To achieve world government, it is necessary to remove from the minds of men their individualism, loyalty to family traditions, national patriotism, and religious dogmas.

The quote is fake; Mr. Chisholm never said this.

But who, according to Mr. Ilnitsky, is hiding behind the curtains? Ilnitsky suggests “The Globalists”, “The American Elites” and “the Deep State”, but there are a large number of other candidates for the role. Russia’s largest newspaper suggested, in accordance with the worst traditions of anti-Semitism, that “The Elders of Zion” could be the shadow rulers.

Among the disinformation cases this week, another well-known enemy appears: The English (insert dramatic music)! According to state-backed Sputnik, the Soviet government did all it could to save the people from the famine of 1932-1933, but the British spy Robert Conquest conceived the concept of Holodomor to discredit Russia. The Holodomor is a thoroughly documented historical fact: a state-induced famine in Ukraine and parts of southern Russia. Bellingcat expert Christo Grozev is, of course, affiliated with MI6, Armenia is controlled by “protégés” of MI6. The Brits’ role in the downing of the MH17 flight is the bread-and-butter of pro-Kremlin disinformation; Alexei Navalny and the British daily The Guardian are both controlled by MI6, as are the White Helmets in Syria…

This week we also learn, again from a Russian state-backed outlet, that Britain appoints the US Presidents. Sputnik explains Britain’s role in the current world:

The Global London is not primarily a geographical concept; it is rather an ontological principle of the concentration of the world’s elites.

The US is merely a puppet in the hands of “The Global London” – again, this is a quote from Russian state media, not something from the funny pages of the Dark Web.

A State of Fear

Anglophobia has deep roots in the Russian political sphere; a concept frequently evoked in Russian political discourse is ”Англичанка гадит”(Anglichanka gadit) – “The English Lady is Spoiling it”. It was recently used by Russia’s largest daily to describe a naval incident off Crimea’s coast in June:

[The incident] was a typical English provocation. They are improving their skills in this matter. “The English Lady is Spoiling it”… It is not a coincidence that this has been said for hundreds of years.

This all sounds rather amusing, but the sad fact is that Russia is basing its foreign policy concepts on self-deception, fairy-tales and conspiracies. Russia is cooperating, trading, working in the UN, the OSCE, and other international bodies with Western countries, including the actual United States, in several fields. In order to legitimise aggression and a military build-up, the Kremlin must resort to made-up, fantasy threats. Instead of addressing challenges, Russia is tilting at windmills.