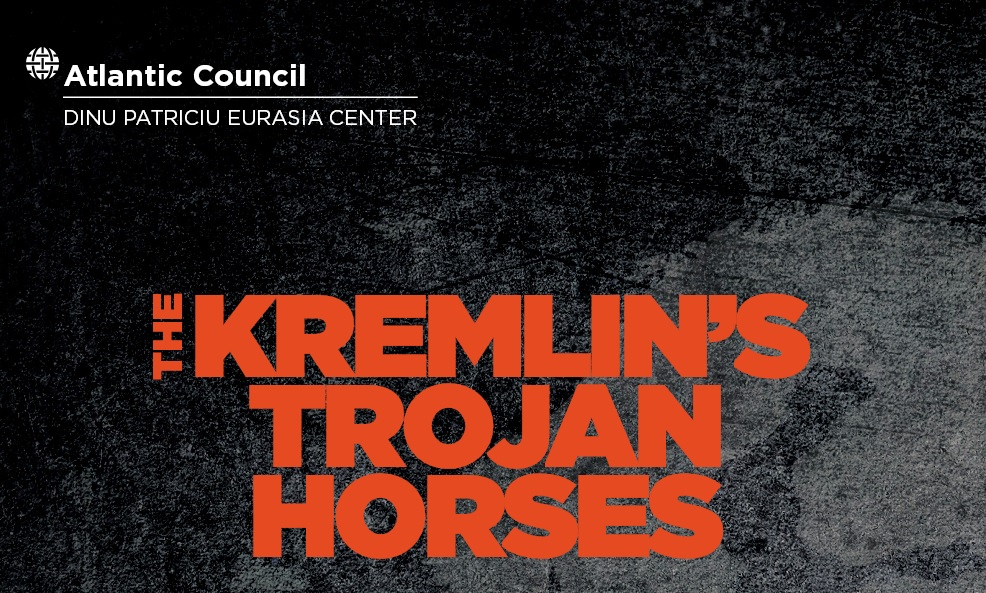 “Since Putin’s return to power in 2012, the Kremlin has accelerated its efforts to resurrect the arsenal of ‘active measures’…” writes Dr. Alina Polyakova in The Kremlin’s Trojan Horses: Russian Influence in France, Germany, and the United Kingdom, a new report from the Atlantic Council’s Dinu Patriciu’s Eurasia Center. Western European democracies are not immune to the Kremlin’s tactics of influence, which seeks to turn Western liberal virtues–free media, plurality of opinion, and openness–into vulnerabilities to be exploited.

Russia’s meddling in other counties’ politics, while shocking to some, is part and parcel of the Kremlin’s toolkit of influence. This report documents how the Russian government cultivates relationships with ideologically friendly political parties, individuals, and civic groups to build an army of Trojan Horses across European polities. This network of political allies, named in the report, serves the Kremlin’s foreign policy agenda that seeks to infiltrate politics, influence policy, and inculcate an alternative, pro-Russian view of the international order.