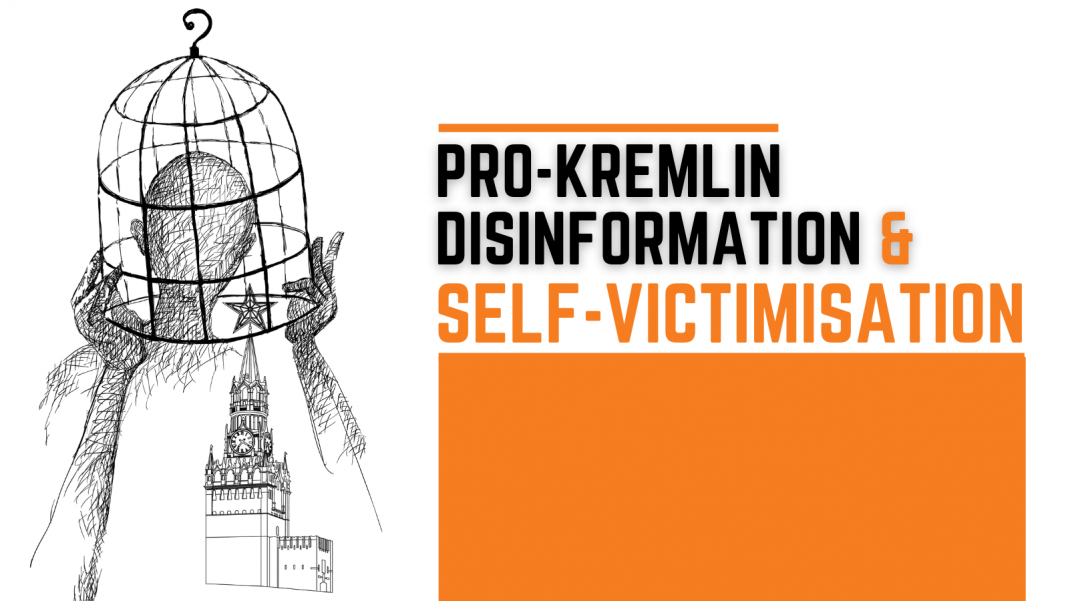 Several researchers note that the role of the victim is a coveted position in modern public discourse. Research points to this phenomenon in US politics, among men accused of sexual harassment – “I’m the victim here!” – and as an element in Kremlin disinformation efforts. EUvsDisinfo has observed this on several occasions – here, for instance, or here.

This approach is called “weaponised victimhood”, and is defined in research along the following lines:

Weaponised victimhood speaks to a felt sense of loss of power and esteem among social groups facing challenges to their traditionally privileged status positions.

A privileged party – in this case Russia, one of the world’s most powerful and advanced countries – describes itself as a victim of aggression. Victimhood has evolved into a major component of the Kremlin’s policy-making. The Russian state describes itself as “encircled by unfriendly forces” while a “treacherous ‘fifth column’ is attacking” the Russian state from within. In the EUvsDisinfo database, this approach is documented in the Litvinenko, Skripal and Navalny cases, in the MH17 case, the case of the public protests in Russia in January 2021 and even as a pretext to Russia’s slow vaccine roll-out.

One of this week’s most blatant examples of this policy of self-victimisation equals Russia with the Jews in Europe in the 1930s:

The West’s attitude toward Russians today resembles the treatment of European Jews in the 1930s. A pathological, bestial Russophobia has gripped the Western world, which pretends not to see the plight of those who are persecuted for being Russian or speaking Russian.

The state radio and TV host Vladimir Solovyov does not identify one single case of anyone “persecuted for being Russian or speaking Russian”. Neither can he describe this “pathological, bestial Russophobia” in the Western world. The claim is an attempt to demonise the West instead of actually engaging in a critical conversation about the situation of Russian-speaking minorities outside Russia.

This approach is sometimes referred to as “reductio ad Hitlerum”. One of EUvsDisinfo’s most ardent readers has kindly recommended the Qatar-based Propaganda Analysis Project, which defines the device as follows (a typo in the original text is corrected):

Persuading an audience to disapprove an action or idea by suggesting that the idea is popular with groups held in contempt by the target audience.

This week, the Reductio ad Hitlerum is being played out frequently, mainly targeting Ukraine. Ukrainians are imbued with Nazi ideology; Ukraine’s President Zelenskyy – who is Jewish – is basing his regime on Nazism; a cult of Nazis is the ideology of Ukraine. The Fascists in Ukraine have even surrendered their country to the Americans! And the victims of this are, of course, the Russians, victims of genocide in Ukraine.

The Victims of Genocide

There are right-wing extremists in Ukraine, just as in any other European country, but the extremist movements have failed in every election held in Ukraine since 2014. The claim of genocide lacks any connection to reality. Genocide is a concept with a very clear definition in international law – The UN Convention on the Prevention and Punishment of the Crime of Genocide (Article II):

In the present Convention, genocide means any of the following acts committed with intent to destroy, in whole or in part, a national, ethnical, racial or religious group, as such:

We can note that neither Solovyov’s preposterous claim on the “plight of the Russians” nor the frequent references to “genocide in Ukraine/the Baltic states” has any similarity to the UN definition of genocide. The intent is, again, not to initiate a discussion on the conditions for Russian-speaking minorities outside Russia; the whole idea is to demonise foreign governments and individuals.

Pro-Kremlin media frequently evoke George Orwell; thus, the spokesperson of the Russian Ministry of Foreign Affairs referred to Orwell’s “1982” in a statement in 2017. The rest of us are more familiar with Orwell’s great novel Nineteen-Eighty-Four. This week, Russian state broadcaster RT out-Orwelled Orwell, claiming democracy the perfect dictatorship. An example well in line with the three slogans in Orwell’s novel: War is Peace, Freedom is Slavery, Ignorance is Strength.

Other Weird Cases this Week 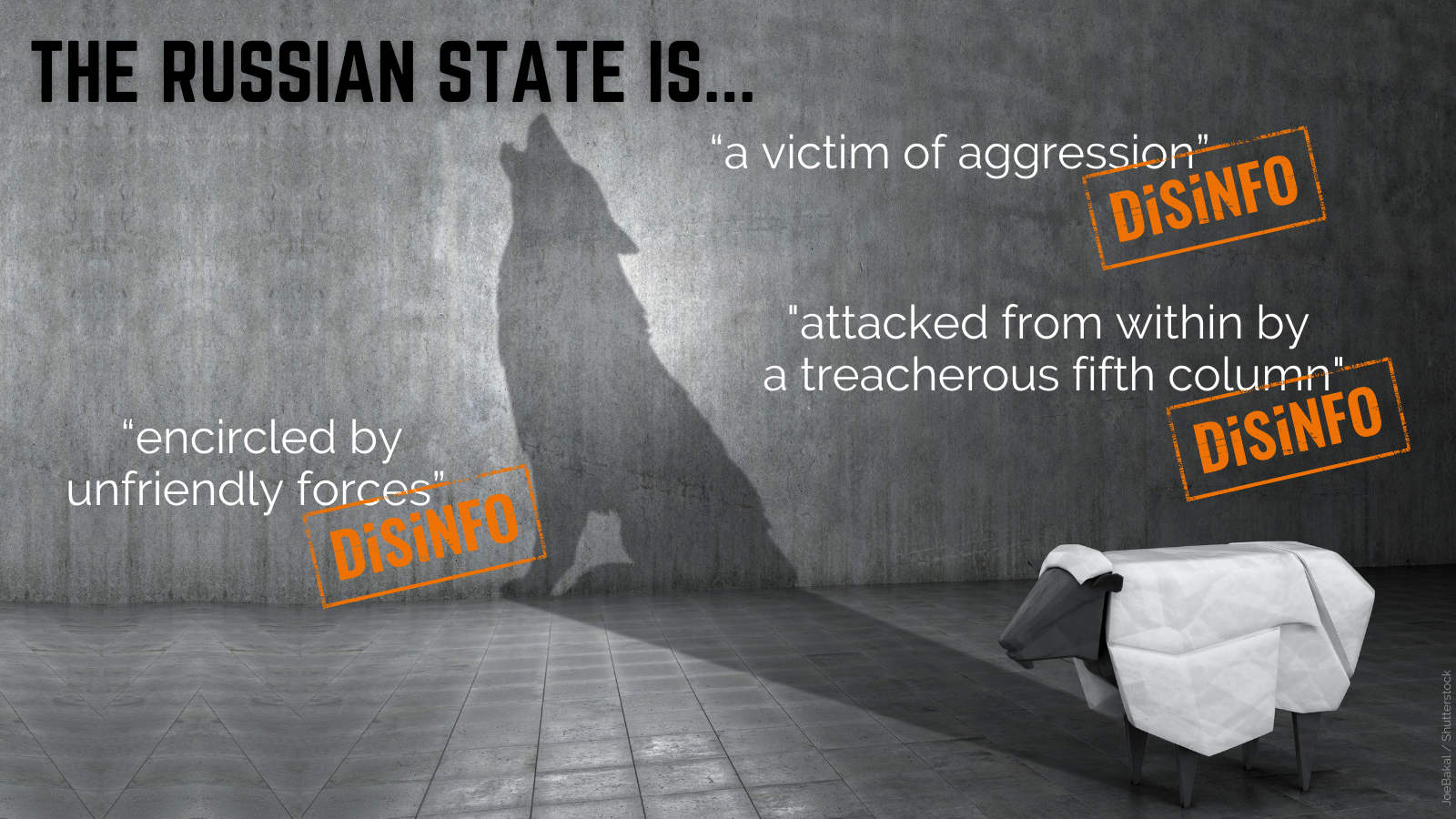