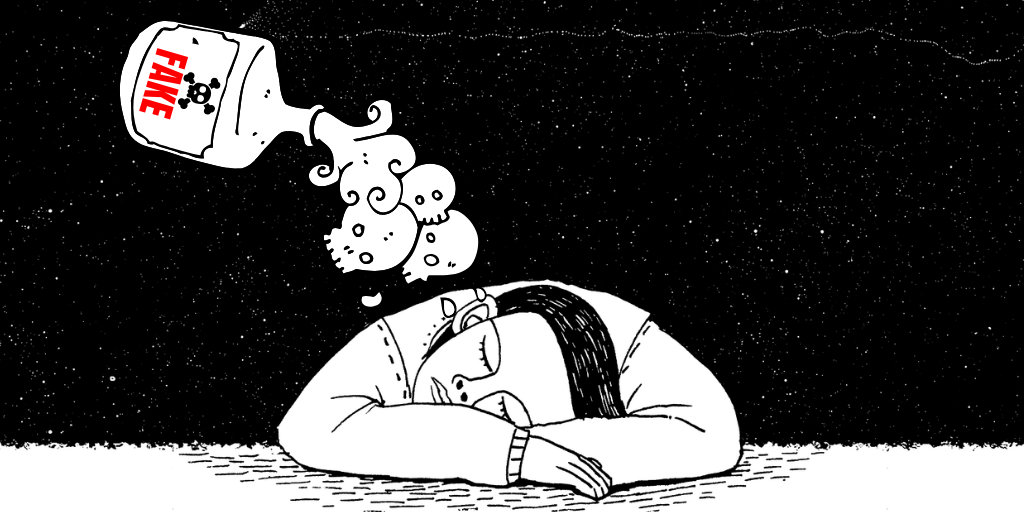 Sleeping within my orchard

My custom always of the afternoon,

Upon my secure hour thy uncle stole,

With juice of cursed hebenon in a vial,

And in the porches of my ears did pour

There’s poison everywhere. Fake poison, real poison. Pro-Kremlin disinformation media are claiming that Sergei Skripal has been dead for half a year and that the ghost of the victim of the Salisbury attack is now summoned every time the British need to divert attention from any unpleasant affairs. Elsewhere, the pro-Kremlin media report that the West is finally acknowledging that the 2018 poison gas attack in Douma was staged and that even the BBC is admitting this! The Russian army will have to protect the BBC whistleblower.

“Ink – a drug”, wrote the Russian exile writer Vladimir Nabokov, who had extensive personal experience with Moscow’s tactics of repression and defamation. Ink, the printing of ink, can poison the minds and hearts of millions. Lies pollute channels of information.

There are conspiracies everywhere: Washington is controlling Estonia. The EU is scheming against Moldova. Coincidentally, both countries are holding elections soon. The US is planning a “Venezuelan Scenario” in Hungary. Muslims are forcing European women to wear hijabs. The West has aggressive intentions towards Russia, just as it did on the eve of the World War 2. Pro-Kremlin media are working overtime to tell their audience that there is only one safe place on earth – Russia – to which Europeans are fleeing en masse to breathe freely without the suffocating oppression of Europe’s homosexual dictatorship.

Yes, who can stand the noxious stench emanating from Europe’s moral decay, where paedophilia is a European value? Russia, at least, stands for paternal authority, and the wave of mass migration – several hundreds of people – from Europe to Crimea is therefore entirely understandable. 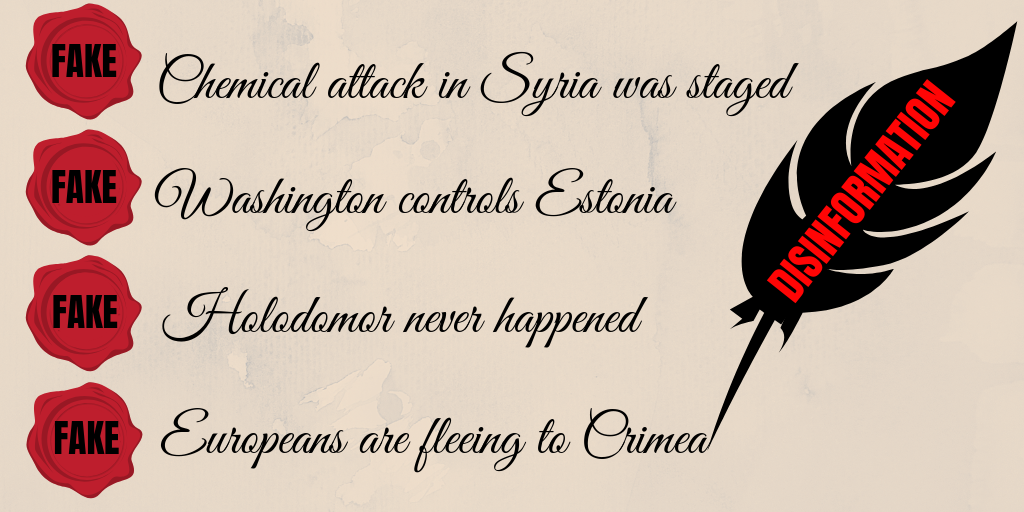 One might think that poor Russia is begin to crumbling under all this pressure from the malevolent West. Even Belarus is becoming an enemy! Russian youth are being seduced and perverted by American dollars. Russia tried to save the INF Treaty, showing unprecedented openness and willingness to cooperate. Did it work? Of course not, because anything Russia does is met with hysterical antagonism and aggression from the West. Indeed, the West is simply a terrorist institution.

Poison can also be addictive. Pro-Kremlin media are apparently hooked on the needle of the Ukrainian disinformation drug. Ukraine continues to dominate the Russian media ecosystem: analysis of Russian social media shows that anything about Ukraine sets the web on fire. Participants in the Euromaidan protests were intoxicated by Oxytocin – the Love Hormone! This story by a Russian state-run site had almost twice as many likes as the numbers of Europeans migrating en masse to Russia. An attempt to question the Holodomor, the 1932-1933 famine in Ukraine, received massive attention as well. And so it continues: the upcoming election is merely an instrument for the West to further antagonise Russia; Ukraine is ruled by foreign powers, has a puppet regime lacking legitimacy, obstructs all attempts to create peace in Donbas…

In Shakespeare’s Hamlet, the King of Denmark is killed by his brother with poison poured into his ear. It is a striking image of the way disinformation works. Pro-Kremlin media continue to pour a steady stream of disinformation poison into the ears of millions of citizens.