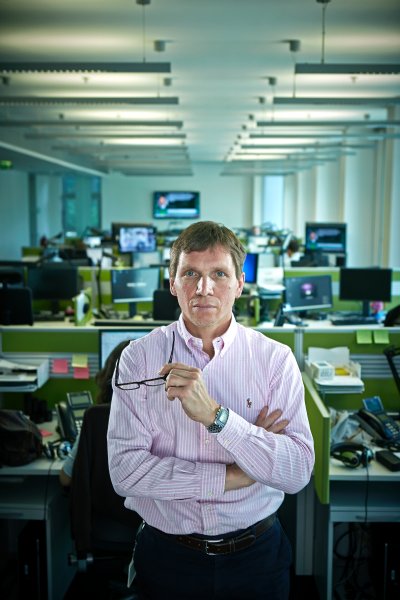 Part 2: ‘The West Has Never Gotten over Putin’s Return’

The Kremlin also deftly exploits the anti-American sentiment of many Western Europeans, by claiming, for example, that American mercenaries and consultants have been deployed in eastern Ukraine. Even today, there is still no evidence to back any of these allegations. But America’s credibility isn’t helped by the fact that Washington also disseminates its own anti-Russian propaganda.

Backed by the drumbeat of conservative Fox News, Republic Senator John McCain has been loudly calling on the US government to provide pro-Western forces with active aid, including weapons. Meanwhile, Forbes magazine has asked: “Is Putin a new Hitler?” In addition, Washington’s development agency, USAID, announced at the start of May it would provide $1.25 million in support to Ukrainian media organizations as they prepared for presidential elections. Washington has long provided support for a network of opposition groups who were active during the Orange Revolution and are now mobilizing against Moscow.

A media center established by the new government in Kiev’s Hotel Ukraina has been partly financed by George Soros’ International Renaissance Foundation. Day in and day out, reporters are airing interviews with ministers and loyal political scientists who interpret events in eastern Ukraine the way the Kiev government would like to see them portrayed.

Still, Moscow’s efforts present a stark contrast to the activities of independent European media companies. Many newspapers and broadcasters have scaled back their bureaus in Moscow or closed them altogether in recent years. This has created a shortage of experts who can penetrate the propaganda coming from all sides and provide honest analysis of what is actually happening.

The fact that the brainwashing seems to be working could be evidenced last Monday when German Foreign Minister Frank-Walter Steinmeier made an appearance in the run-up to elections for the European Parliament on Berlin’s Alexanderplatz square. Left-wing activists shouted and booed at the foreign minister and held up signs stating, “Stop the Nazis in Ukraine!” Moscow registered the protest with satisfaction and the Kremlin-aligned media reported on it extensively.

The purpose of this global battle to shape opinion isn’t merely to transform Europeans and Americans into fans of Vladimir Putin. The Russian president is also targeting his own people, seeking to make himself unassailable within Russia.

Putin’s greatest propaganda success is the fact that the majority of Russians now believe that Kiev is ruled by fascists. Evoking World War II in this way has proven very effective with Russians. One member of Russia’s parliament, the Duma, even went so far as to call the fire in Odessa that killed 30 pro-Russia activists a “new Auschwitz.” Meanwhile, the head of parliament spoke of genocide in Ukraine. With the spin machine at full steam, it is perhaps of little surprise that a radio poll recently found that 89 percent of listeners agreed with the idea that the “participants of the mass murder in Odessa should be found and executed without trial.”

Journalists with the Russian state media often like to quote German politicians and experts. Unfortunately, they always seem to pick from the same pack of pundits. One is Putin biographer Alexander Rahr, formerly a Russia specialist at the German Council on Foreign Relations (DGAP) and today a consultant with the gas firm Wintershall, which has deep ties with Russia.” The West has never gotten over Putin’s return,” Rahr says in explaining Germany’s position toward the Kremlin. He also claims that German politicians’ private beliefs are different from their public statements. They are, he says, only able to express themselves openly about Russia once they have left office.

A critical analysis of such statements has been lacking. One reason is that in recent months, the Kremlin has begun tightening control over Russian-language Internet media in order to keep the home front from wavering. Russian investigative journalist and security services expert Andrei Soldatov says that Kremlin-aligned youth organizations are assisting the government in posting blogs and attacking Moscow’s critics.

Most broadcasters and newspapers are already under the Kremlin’s control. Some 94 percent of Russians obtain their information primarily from state television. The problem is that state TV has no qualms about blatantly fabricating the news. Two weeks ago, for example, the evening news showed video allegedly depicting the murder of a pro-Russian fighter in eastern Ukraine by nationalists. In fact, the video used was actually one and a half years old and showed fighters in the north Caucasus.

Few have studied the effects of that kind of propaganda as much as Lev Gudkov, the head of independent Moscow pollster Levada. The institution recently had to undergo yet another government review. “The public prosecutor openly admitted to us that the only reason we haven’t been closed yet is that the Kremlin hasn’t given the final order to shut us down,” says Gudkov. “But we are certainly being harassed.”

The 67-year-old research pulls out one poll after another from a stack of papers. They show that when the mass protests against President Viktor Yanukovych broke out, only 30 percent of Russians believed that Ukraine’s Association Agreement with the EU was a “betrayal of Slavic unity.” In February, at the peak of the Maidan protests, 73 percent still considered the issue to be an internal one for Ukrainians. In the time that has transpired since, some 58 percent of Russians now support the annexation of eastern Ukraine by Russia.

“The successful propaganda campaign we are witnessing here surrounding the Ukraine crisis is unique and highly sophisticated, even compared to Soviet standards,” says Gudkov. “The Kremlin has succeeded in stirring up sentiments deeply rooted in the Russian psyche: the yearning for an imperial grandness, a sense of anti-Americanism and pride over Russia’s victory over Hitler’s Germany.”

Ultimately, it was the annexation of Crimea that silenced Putin’s critics. Prior to the development, dissatisfaction with Putin had been growing continuously. Polls showed an increasing number of Russians wanted to vote the president out of office. In November 2013, 53 percent said they would vote for a different candidate during the next election. But Putin experienced a meteoric rise in popularity after the annexation, with 86 percent of Russians now saying they would re-elect him.

Part 1 – ‘How Russia Is Winning the Propaganda War’.

Translated from the German by Daryl Lindsey.