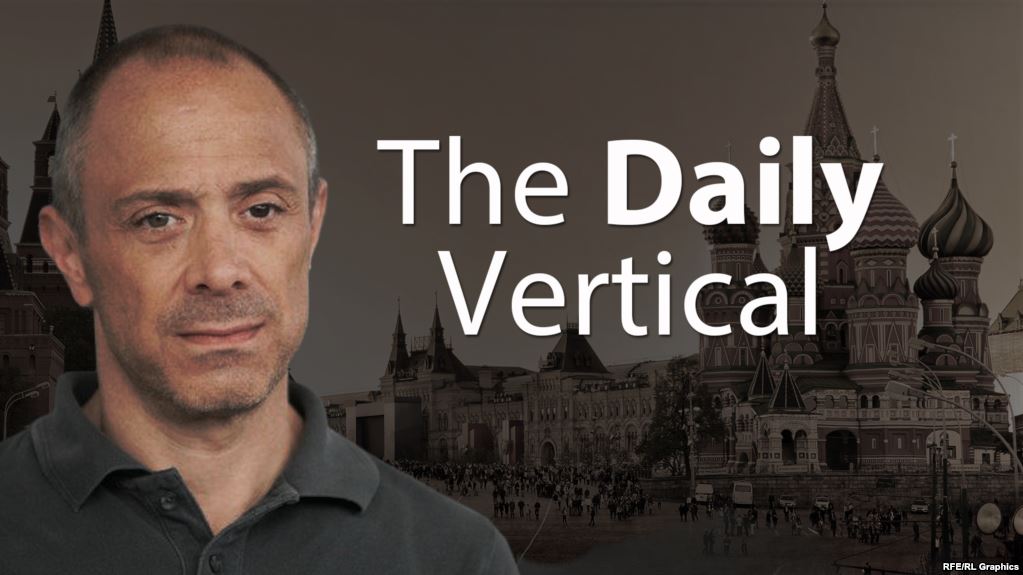 Vladimir Putin has always been a very good storyteller.

First he told a story about how he was the man who restored order, saved Russia from the chaos of the nineties, battled the oligarchs, and brought unprecedented prosperity.

Never mind that Putin benefited handsomely from the chaos of the nineties and was busy creating his own oligarchy to replace the one he vanquished.

People bought the story anyway, and enough were content to trade their political freedom for stability and prosperity.

And when that story ran its course, and the people started getting restless, Putin spun a new tale.

He annexed Crimea, invaded the Donbas, menaced the West, and told Russians that they were a mighty great power that was reclaiming its pride of place in the world.

This new story was a big hit.

Russians appeared willing to trade political freedom and prosperity for the promise of empire.

But the euphoria from Putin’s Crimea drug finally appears to be wearing off.

And, if one thing was clear from Putin’s lackluster live call-in program yesterday, it was this:

For the first time, it seems that the great storyteller has run out of good stories to tell the Russian people.

And that puts us in uncharted territory as Russia enters a volatile political season.

We may be about to see Putin without a legitimizing myth.

We may be about to get our first look at the emperor without any clothes.

NOTE TO VIEWERS: The Daily Vertical will not appear on June 19-20 as I have a speaking engagement in Munich. The normal schedule will resume on Wednesday June 21.