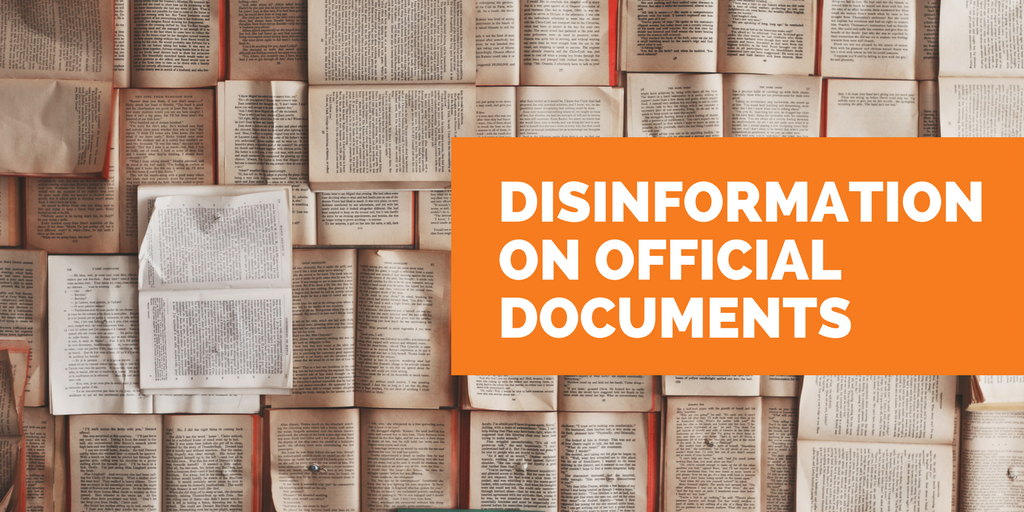 This week, pro-Kremlin propagandists wrapped themselves in red tape. Significant paper work is needed to dig into the details: it’s all about official documents and agreements.

The first target of the disinformation stream was Ukrainian President Petro Poroshenko’s proposal for peacekeepers that would cover the whole of eastern Ukraine including the border with Russia. So, we heard from the Kremlin spokesman Dmitri Peskov that deploying a UN peacekeeping mission at the Russian-Ukrainian border in Donbas would contradict the Minsk agreements.

In fact, the Package of Measures for the Implementation of the Minsk Agreements does not mention peacekeeping missions. Instead, it states that full Ukrainian government control has to be restored over the state border.

Another narrative – directly contradicting this one – was that the peacekeepers are not needed, as the border between Ukraine and Russia is “a zone of peace and tranquillity”. Take a look at the figuresconcerning the civilian death during the war in Ukraine to know that that is disinformation. 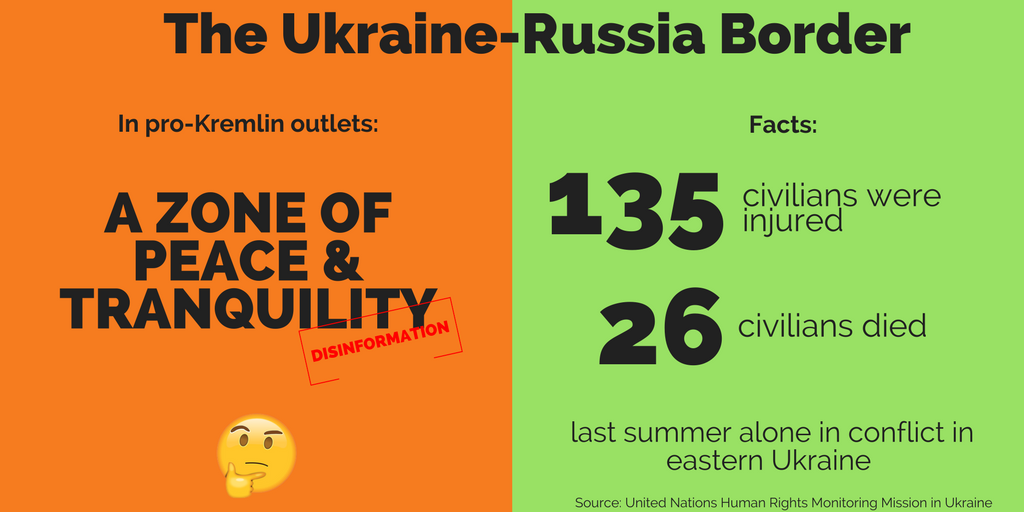 The topic also enabled the evocation of some of the most popular false narratives about “Ukraine being run by a terrorist junta that destroys the Russian language” and that the US and the European countries brought both Hitler and Poroshenko to power.

The second target of the past week was the recent report on Crimea by the Office of the United Nations High Commissioner for Human Rights. According to the UN, the human rights situation in Crimea has significantly deteriorated under Russian occupation. “Grave human rights violations, such as arbitrary arrests and detentions, enforced disappearances, ill-treatment and torture, and at least one extra-judicial execution were documented”, the report says.

But apparently the report is based on lies, or that was the simple pro-Kremlin answer. The argument went as follows: the UN experts haven’t been to Crimea, so they received all the information from Ukraine and those who “haven’t visited Crimea for a long time and judge the situation based on Ukrainian TV channels.”

In fact, the Human Rights Monitoring Mission in Ukraine has been collecting information throughout Ukraine, including in Crimea – where the Russian authorities provided it access only once. Part of the documentation was in the form of direct interviews and fact-finding missions at the Administrative Boundary Line between mainland Ukraine and Crimea.

Also, an attempt was made to mislead the audience about Spanish Mallorca’s appetite for independence. Sputnik claimed that not only Catalonia wants to vote for independence, but that the Balearic Islands calls for independence as well. In reality, the vote of the Mallorca Republic is just a political intention and a manifesto written by one minority nationalist party. 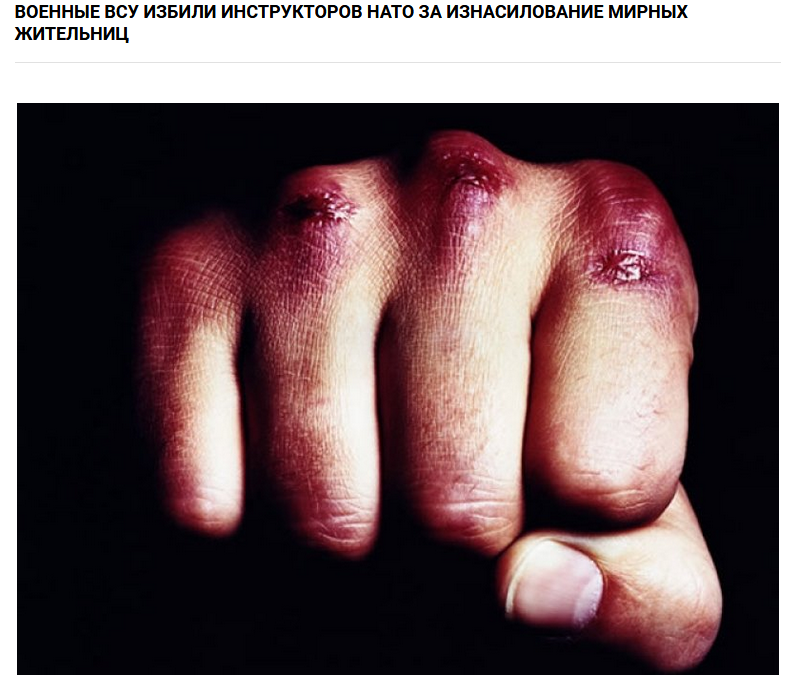 Finally, though, the pro-Kremlin disinformation paper mill returned to one of its most straightforward techniques: in fact there’s no need at all for any documents to support false arguments. So we heard that a Lithuanian NATO instructor had raped two girls in Donbas. The latest manifestation of this well worn theme, which we have tracked for a long time, was quickly debunked by Lithuania.

In addition, Latvia and Estonia heard that they have territorial claims over Russia, just as Poland has over Ukraine and Belarus, and Romania over Transnistria.

And we learned that during the wildfire raging in the Borjomi Gorge, the US merely helped Georgia by donating only useless shoes that are usually used for burial rituals of homeless people in the US. Check the truth here.