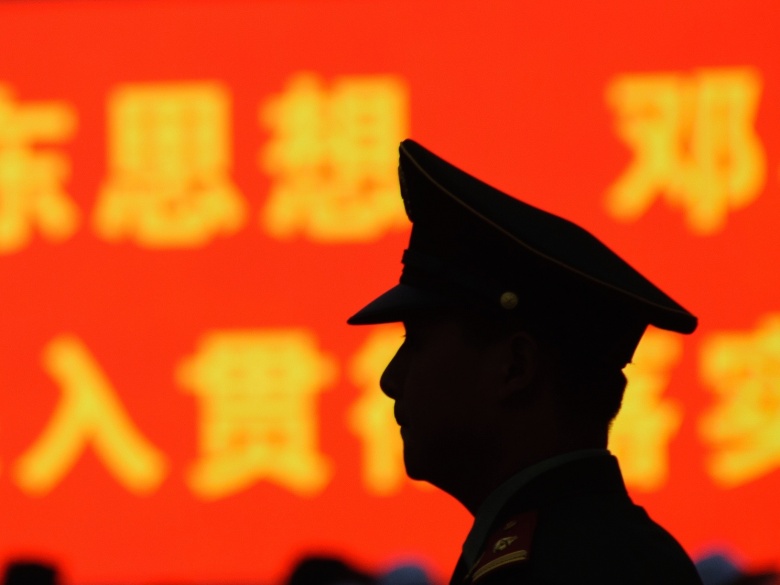 The West cannot resort to Cold War–style containment strategies with China and Russia, John Hemmings wrote for The national interest.

The news last week that the U.S. defense budget will increase dramatically to face challenges in Asia and Europe came as no surprise. In many ways, one could argue that it marks the beginning of a new deterrence strategy by the United States, reacting to the rise of Chinese and Russian assertiveness: Force will be matched by force. Moscow and Beijing will be discouraged from picking off the smaller and less-capable members and allies of the West. Latvia will not become a new Ukraine. Chinese bullying in the South China Sea will remain just that, bullying. It is clear, however, that there is more going on here than simply the “rise of the rest” as was previously thought.

There seems to be a new age of silent competition and geopolitics taking place. It is riddled with grand ambitions and grand stakes. In one corner is a fractured West, one-time victor of the Cold War, now exhausted by fifteen years of inconclusive wars with Islamic fundamentalism; in the other stands a confident array of “new authoritarians,” enriched and empowered by their gradual acceptance of Western economics over inefficient state control.

For many, the implications of the new geopolitics are long term and vague, though there is growing awareness that the future of global governance and architecture is in peril. Will such architecture be truly pluralistic or merely carry the trappings of democracy in the style favored by new authoritarian regimes?

For some, though, the stakes are immediate and real. Ukrainians who desired European-style pluralism know this. Voters in Taiwan’s vibrant democracy—on display last month in historic elections—know this. Their fate had they been under Beijing’s control might be glimpsed in the quiet death of Hong Kong-style democracy over the past two years. The new age is a competition of ideas with neo-authoritarian states, but it is unlikely to resemble the Cold War. It is not even likely to be openly acknowledged. However, it is a real competition and its weapons are disinformation, dodgy referendums and delegitimization campaigns against the West and its values. Its new soldiers are legions of “50-Cent Bloggists” and the organs of state propaganda pretending to be legitimate media. The new battlefields are the periphery of the West, inside the Western left, in cyberspace and in the minds of Western populations. So, how did it come to this?

Both new authoritarian states lost the battle of ideas in the Cold War—to the chagrin of their hardliners. China lost it in Tiananmen Square in 1989, while Moscow lost it in front of the Russian Parliament in 1991. Unlike the type of global reordering that takes place after actual wars (when victorious states can occupy and reorder the domestic systems of the losing side), the end of proxy wars is far less definitive. Certainly, the West sought to influence domestic battles from afar, through aid packages and legions of development consultants, and inviting greater people-to-people links with the West—especially through higher education. But ultimately, they failed to persuade key constituents in both states to adopt political liberalism alongside economic reforms.

Instead, key constituencies inside Russia and China have spent the past fifteen years balancing economic reform with internal reorganization and repression. Ultimately, this domestic reordering was won by coopting the security services and military, and by appealing to the wider population through neo-nationalist propaganda and the promise of economic goods. As with their pre-1991 predecessors, the new authoritarians view Western liberal democracy and free-market capitalism with a mixture of skepticism and hostility. Demanding political multilateralism from “American hegemony” abroad, Beijing and Moscow have at the same time undermined and destroyed political opposition at home. At no time since the end of the Cold War has political power in either capital been so centralized around one leader.

How is the West to deal with this new era of silent competition? The West cannot resort to Cold War–style containment strategies to keep Russian and Chinese assertiveness at bay. Their economies are simply far too integrated and it would be impossible to de-link without serious damage to the global economy. Furthermore, the world’s problems are simply too great for the West to attempt to resolve without the “new authoritarians.” A viable political resolution to the Syrian Civil War—and the large numbers of refugees destabilizing Western Europe—is ultimately to be found in Moscow, not in London. And Putin knows this. Iran, climate change and North Korea are all areas where the West must cooperate with Russia and China. So what can the West do?

First, the West must begin to realize that the new authoritarians are in fact authoritarian. Knowing that changes how one deals with these states. Second, we must begin a wider discussion on how to counter the ambitions of the new authoritarians: What can be done to maintain coherence and cohesion? The new game is from afar and yet takes place in our living rooms; it’s about undermining rather than directly attacking and it goes after the weak and dispossessed. Its greatest conduit seems to be through the Internet and through the so-called “new media.” Why do Western states continue to allow the tools of state propaganda—Russia Today, Press TV and the CCTV—to operate freely in the West? Why do they accept that their own media will be repressed in those states? While the new competition is in the realm of ideas, it is clear that the hard power of the West acts as a deterrent to mis-adventurism. The new budget is a step in the right direction, but Europe and American allies in Asia must match that determination. It is sad that liberal democracy did not prevail in China and Russia. Somehow, one senses that the future of the liberal order rests on how the West frames this coming era and what counter-strategies are employed to defend core Western values. As the supposed Chinese curse has it, “May you live in interesting times.” We certainly do.

By John Hemmings, The national interest

John Hemmings is an Adjunct Fellow at the Pacific Forum CSIS and a doctoral candidate at the London School of Economics (LSE), where he is working on U.S. alliance strategy in the Asia-Pacific.