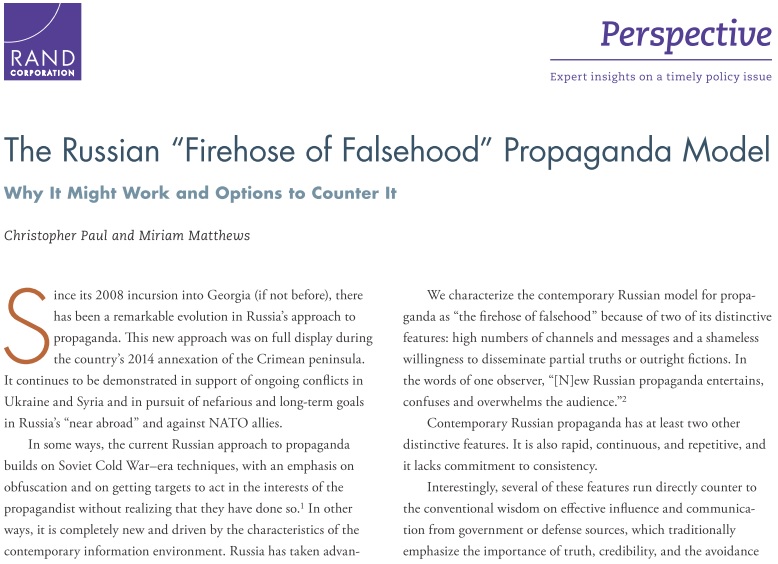 Since its 2008 incursion into Georgia (if not before), there has been a remarkable evolution in Russia’s approach to propaganda. The country has effectively employed new dissemination channels and messages in support of its 2014 annexation of the Crimean peninsula, its ongoing involvement in the conflicts in Ukraine and Syria, and its antagonism of NATO allies. The Russian propaganda model is high-volume and multichannel, and it disseminates messages without regard for the truth. It is also rapid, continuous, and repetitive, and it lacks commitment to consistency. Although these techniques would seem to run counter to the received wisdom for successful information campaigns, research in psychology supports many of the most successful aspects of the model. Furthermore, the very factors that make the firehose of falsehood effective also make it difficult to counter. Traditional counterpropaganda approaches will likely be inadequate in this context. More effective solutions can be found in the same psychology literature that explains the surprising success of the Russian propaganda model and its messages.