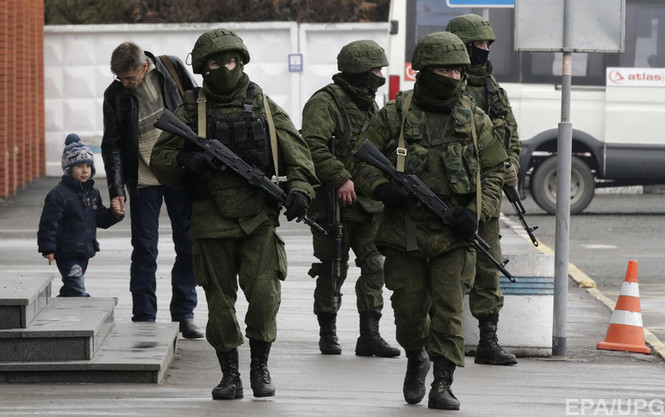 Following is a rough but semantically correct translation of the full text of the “Ukraine Strategy Document”, dated somewhere after February 4th 2014 and prior to February 15th 2014, leaked today by Novaya Gazeta:

Early parliamentary and presidential elections could be the reason for a new round of a public-rallies-turned-into-assault civil war, deepening the East-West electoral divide and ultimately accelerating the disintegration of Ukraine.

The course and outcome of the Munich conference provides a reasonable basis to believe that:

–  The European Union and the United States assume the possible disintegration of the country and do not even consider this development extraordinary. The concept of “piecemeal” absorption of a large Eastern European country by the EU is not only publicly articulated by a number of official EU speakers, but finds supporters in the ranks of the Ukrainian elite.

Will Russia participate in this geopolitical intrigue?

First, the regime of Viktor Yanukovych has finally gone bankrupt. Its continued political, diplomatic, financial, and information support by the Russian Federation no longer makes any sense.

Second, in an environment where sporadic civil war in the form of urban guerrilla war from so-called “supporters of Maidan” against the leadership of a number of areas in the East of the country has become a fact, and the disintegration of the Ukrainian state under the geographical demarcation of regional alliances “Western area plus Kiev” and “Eastern regions plus Crimea” has become part of the political agenda, under these conditions.

Russia must in no case limit its policy in Ukraine only to attempts to influence the political situation in Kiev and the relationship of systemic opposition (Yatsenyuk, V. Klitschko, O. Tyagnybok, Poroshenko and others.) with the European Commission.

Third, in almost complete paralysis of the central government, unable even under the threat of default and the absence of “Nafgogaz” funds for payments for Russian gas to form a responsible government, Russia is simply obliged to intervene in the geopolitical intrigue of the European Community, directed against the territorial integrity of Ukraine.

First of all, because otherwise our country is in danger of losing not only Ukrainian market of energy, but what is much more dangerous, even indirect control over the Ukrainian gas transportation system. This will endanger the position of “Gazprom” in Central and Southern Europe, causing huge damage to the economy of our country.

3. The Constitution of Ukraine in any case is unable to provide a mechanism for a legitimate way to start the integration of Eastern Ukrainian and Crimea into the legal framework of the Russian Federation.

As stated in Article 71 of the Ukraine Constitution, the questions of changing its territory are settled exclusively by an all-Ukrainian referendum. Meanwhile a referendum, in accordance with Article 72 of the Constitution of the country, may be proclaimed by popular initiative at the request of at least three million Ukrainian citizens eligible to vote, provided that the signatures of the referendum are collected in no less than two-thirds of the area and not less than one hundred thousand signatures are from each region.

Russia, using the legitimate – from the point of view of the EU – legal instruments of Euroregions, should ensure the conclusion of contracts on cross-border and near-border cooperation, and then establish a direct state-contract relations with those Ukrainian territories, in which there is persistent pro-Russian electoral sympathy.

First of all – with the Republic of Crimea, Kharkiv, Luhansk, Zaporizhia, Mykolaiv, Dnipropetrovsk and to a lesser extent – Kherson and Odessa areas. (This list deliberately – and rather conditionally – excludes the Sumy region and Donetsk region. The first – because of the very high electoral influence in her party “Batkivschina.” The second – due to the close business and political ties between the local business elite, led by R. Akhmetov, with a number of representatives of the opposition oligarchic alliance with its extensive interests here.)

Local elites are more motivated than ever to accept half-way integration initiatives coming from Russia. Before the crisis, East Ukrainian elites preferred a “weak Kiev” to a “strong Moscow”, but now, under threat of losing everything, they are not going to meekly wait for the massive clean-up operations (including those based on the compromising “economic” material accumulated in Kiev), which inevitably will be undertaken by the central government no matter what political forces will be part of the “new consensus” after the departure of Viktor Yanukovych as president of Ukraine. Under these conditions, they are willing to sacrifice their “independence”.

Current events in Kiev convincingly show that the time of Yanukovych in power could end at any moment. Thus, the window of opportunity for an adequate response from Russia is getting narrower. The number of dead rioters in the capital of Ukraine is direct evidence of the inevitability of civil war and the impossibility of consensus, with preservation of the Yanukovych presidency. Under these conditions it seems right to play on the centrifugal aspirations of different regions of the country, with the aim, in one form or another, to initiate the accession of the Eastern regions to Russia. Priority regions for makings such efforts should be the Crimea and the Kharkiv region, where there are already strong enough groups supporting the idea of maximum integration with Russia.

4. Of course, Russia, taking on itself the support of the Crimea and some Eastern areas will be forced to take on the onerous, in its present position, budgetary costs. Undoubtedly, this will affect the macroeconomic stability and growth prospects of the economy. However, from a geopolitical point of view this will be an invaluable win: our country will have access to the new demographic resources at its disposal; and highly qualified workforce in industry and transport. In addition, it can count on the emergence of new Slavic migration flows from West to East – as opposed to the current Central Asian migration trends. The industrial potential of the Eastern Ukraine, including the military-industrial sector, included in the Russian military-industrial complex, will allow faster and more successfully to implement the program of re-arming of the Armed Forces.

What is equally important, a constructive, “smoothing” Russia’s participation in the highly probable disintegration of the Ukrainian state will not only give new impetus to the integrationist projects of the Kremlin, but also will allow our country to preserve, as mentioned above, the control over the Ukrainian gas transportation system. And at the same time significantly to change the geopolitical situation in Central and Eastern Europe, returning to Russia one of the major roles here.

5. To start the process of “pro-Russian drift” of the Crimea and Eastern Ukrainian territories, it is crucial today to create events that can give this process political legitimacy and moral justification; as well as to build a PR-strategy, which will present the actions by Russia and pro-Russian political elites of the South and East of Ukraine, as forced and reactive.

Recent developments in Western Ukraine (Lviv, Volyn, Ivano-Frankivsk region), in which the opposition declared their independence from the authorities in Kiev, give grounds to declare Eastern regions to declare their own sovereignty, with their subsequent re-orientation to the Russian Federation.

6. The reactions in Eastern Ukrainian regions should be two-layered by structure and scenario:

Members of disobedience activities should require the Verkhovna Rada to expand the format of the constitutional reform, discussed by the Ukrainian parliament, including the simplification of the procedure for organizing a nationwide referendum:

“We cannot be held hostage to the Maidan. The unitary state system of Ukraine, which allows violent nationalist minority population to impose their choice throughout the country, should be reconsidered. Russia is a federal state, and there such thing is unthinkable. Strengthening the legal ties with the state of Russia, we will strengthen the integrity of the Ukrainian state. “

Initially, the protesters should articulate their unwillingness to be “hostages of the Maidan”, of its attempts to usurp the right of other regions and the majority of the population to make its own civilization and political choice, the rejection of the “ideology of the civil war and split the country”, which is professed by political representatives of Western-Ukrainian elites.

Demonstrators, rallying under the Russian flag should not insist on changing the constitutional order. They should impute strong condemnation of “Western separatists, attacking – with the input of their foreign masters – the territorial integrity of the country“, as well as the requirements of the early development of “associative relations of Eastern regions of Ukraine and the Russian Federation”: “We are with Russia. No civil war. “

Slogans of the moment should be fair reluctance “to support tax deductions for the pro-fascist forces” of Western Ukraine and the government depending on them, which orients is policies on the demands of the European Union, and not on the needs of its citizens.

It is advisable to consistently reuse three slogans, with each of them logically stemming from one another:

– The requirement for the “federalization” (or even confederation) as a guarantee for these regions from interfering by pro-Western and nationalist forces in their internal affairs;

– Independent from Kiev accession of the Eastern and South-Eastern areas at the regional level into the Customs Union, which will provide the necessary conditions for the normal operation and development of the industry;

– Direct sovereignization followed by the accession to Russia, as the only guarantor of sustainable economic development and social stability.

The political movement for pro-Russian choice and associative relations of Eastern and Southern Ukrainian territories with the Russian Federation needs to be constituted on an organizational level and registered legally. For this it is necessary to prepare conditions for referenda in the Crimea and Kharkiv region (and then in other regions), that put to the vote the issue of self-determination and the further possibility of joining the Russian Federation.

Extremely important is that the “world community” would have as little reason to doubt the legitimacy and fairness of the referendum.

To do this, it seems appropriate to ensure the referendum process with modern means of verification (webcam and online translation). A Preliminary plan of work has already been developed and can be implemented within two weeks.

7. It is necessary to support these events with a PR-campaign in the Russian and Ukrainian press.
Including – by developing and launching into media circulation concept papers, a kind of manifestos, of the East and the West Ukrainian separatism movements. A wide range of public figures in Russia must speak out in support of the accession of the Eastern regions of Ukraine to Russia (a possible slogan may be “Putin 2.0 – give us Pereyaslavskaya Rada 2.0″).