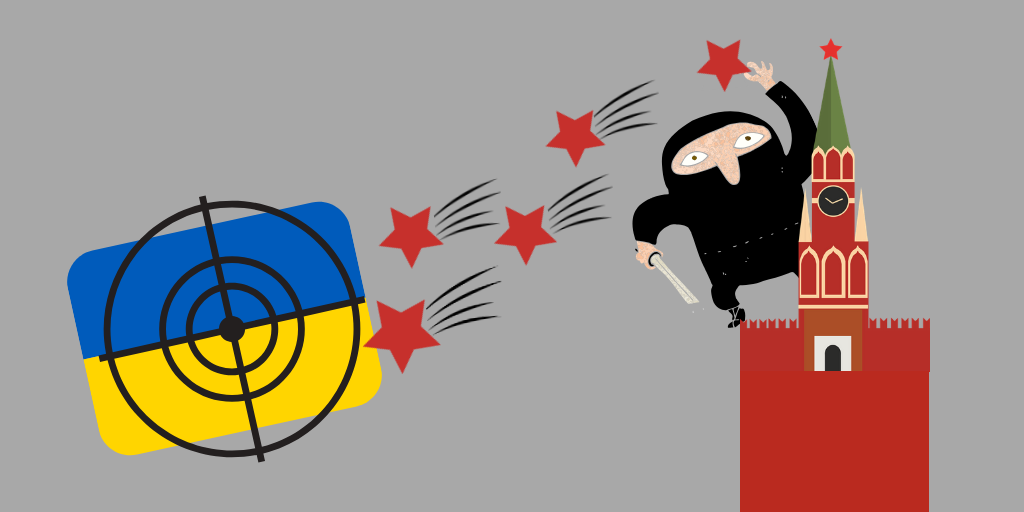 On Monday the pro-Kremlin media claimed that Russia is not a party to the conflict in Ukraine because there is a civil war there. They also said that there have never been and are no Russian armed forces in southern and eastern Ukraine. Sadly this would only be true if pro-Kremlin media were able to build a time-travelling machine and used it extensively.

Ukraine was constantly in the crosshairs of Kremlin disinformation last year and it seems that the country will remain there this year as well. This week there were again false accusations of Ukraine being an aggressor in Donbas and in the Kerch strait.

The well-known narrative about Ukraine as a “failed state” was also present, as there were incorrect claims about Ukraine’s plans to close its nuclear power plants due to a shortage of uranium. In addition, the Ukrainian Ministry of Foreign Affairs was accused of serving the interests of oligarchsand we were told that Ukraine would soon reach the top of the list of countries with the biggest debt. However, those claims only ring true in pro-Kremlin media; elsewhere they appear for what they are – accusations without evidence.

Last but not least, pro-Kremlin media tried to disinform about the dispute over the autocephaly of the Ukrainian Orthodox Church claiming that the whole process is a pre-election trick and “tomos”, i.e. the document with the decree of Ukrainian autocephaly, is not entirely real. Both of those narratives are used to undermine the Ukrainian Orthodox Church and at the same time discredit the upcoming presidential elections in the country.

On 13th of January, the Lithuanians commemorated the night in 1991 when Soviet troops attempted to crush the country’s re-established independence. That night Soviet troops killed 14 unarmed civilians who were amongst the crowd standing as a human shield to protect the TV tower and the country’s only TV station. Pro-Kremlin disinformation has consistently tried to put these events into a completely different and cynical light, claiming that the 14 people were killed by fellow Lithuanians.

As if attacking the memory of 14 innocent people was not enough, pro-Russian media also had a problem with the annual Freedom Prize, which the Lithuanian parliament gave to seven freedom fighters – the Forest Brothers, who took up armed resistance against the Soviet occupation at the end of WW2.

The pro-Kremlin media has long been slandering the Baltic Forest Brothers as Nazi collaborators, in attempts to discredit the Baltic States’ independence struggle and whitewash the history of Soviet occupation. This year the rhetoric was updated to reflect more current trends, as the Forest Brothers were also labelled as terrorists.

Disinformers also used the occasion to praise Stalin’s regime as “not bloody and very humane”. A regime, which, according to estimates, killed around 20 million people.

The planned emergence of a new Republic of North Macedonia (FYROM) inspired pro-Kremlin media to come up with claims that the country has been forced into its name change and NATO accession by other countries and that there are mass protests against the new name. Those with a keen eye will probably notice that the accusation of being a puppet of the west is something that has been heavily used by the Kremlin media against Ukraine as well.

Last but not least – a laboratory in Georgia has for some time been in the epicentre of outright conspiracy theories. This week there were claims – without any evidence to support them – that biologists from a U.S. military medical group and some private contractors could have performed secret experiments on Georgians and that nearly 100 people died after a free Hepatitis C elimination program did not go as planned.

In reality the laboratory facility is part of the National Center for Disease Control and Public Health (NCDC), which became operational in August 2013. The Lugar center is a top-tiered institution in the NCDC’s laboratory network and serves as a reference laboratory for the Georgia’s public health system.